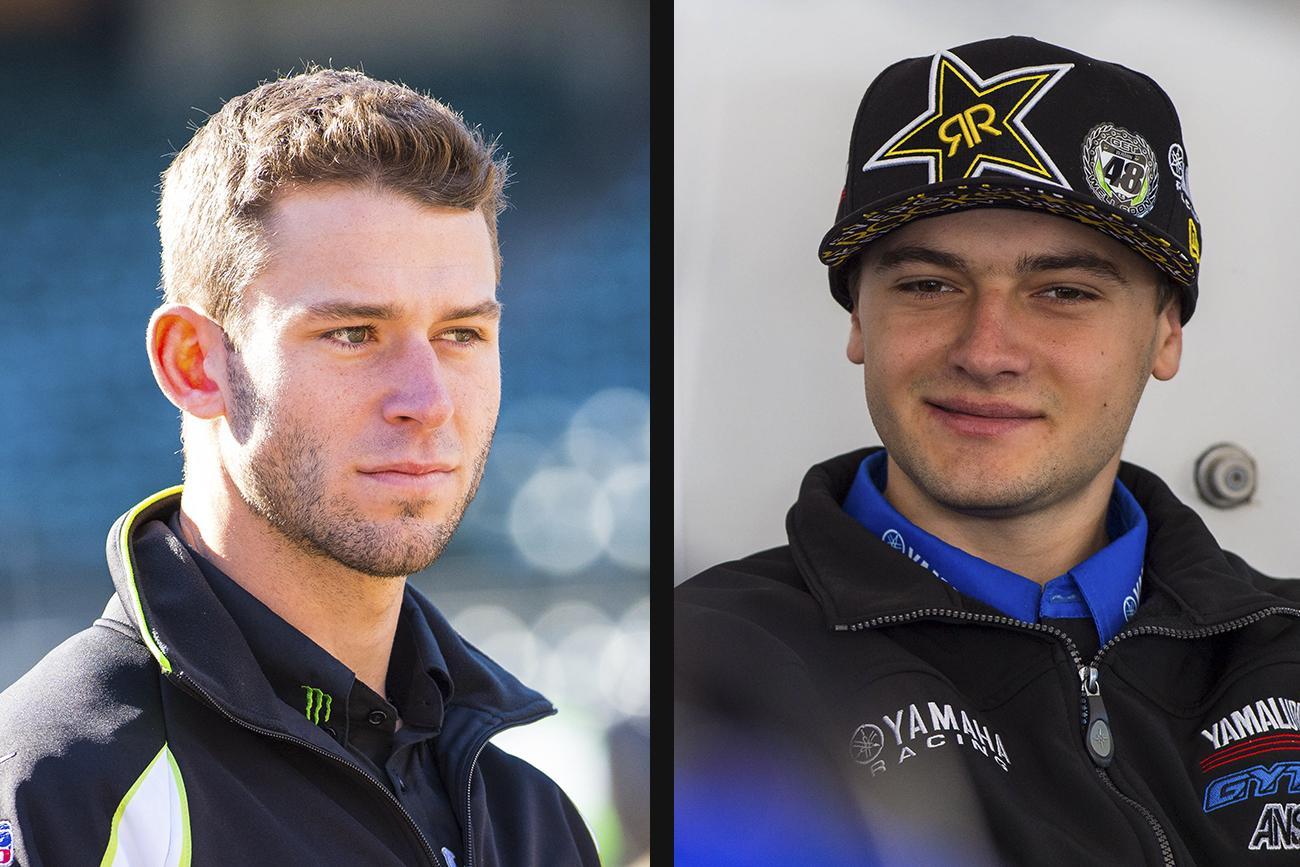 Two weeks ago we posted a list of our most popular stories of 2015, based on unique web hits. That included the high-profile controversial stuff like Davi Millsaps’ termination from Monster Energy Kawasaki (which dominated the numbers) and Chad Reed and Trey Canard’s “Black Flag Gate” from Anaheim.

Now we’ll change it up with some great stories you might have missed. Our staff collected some of our favorite pieces from the year. It’s a holiday weekend. You still have time to check these out!

If you’ve ever spent time with Davey Coombs then you know he’s a walking encyclopedia of motocross knowledge. It’s fascinating, and yet a bit odd, all at the same time. When Trey Canard and Chad Reed were involved in that black flag incident earlier this year, DC put together a pretty cool list of past controversies. Here’s a snippet:

1974: In one of the most controversial days in motocross history, Czech CZ rider Jaroslav Falta survives an afternoon of being a moving target for Russian riders who were trying to help their countryman Gennady Moisseev hold on to the points lead at the final round of the 250cc World Championship in Switzerland. Falta prevails, but then later is docked one minute for having jumped the starting gate in the second moto (he and his team argued that he simply got a great jump on the forward-falling gate). It’s just enough to give Moisseev the championship—his first as well as KTM’s—despite the tactics of his teammates. Moisseev would go on to win two more world titles, while Falta would never wear the crown.

“The fact that I’m able to wake up and say that I’m going to the track makes me stoked. I’m just pumped to be where I’m at.” The story of Zac Commans’ return to racing is extraordinary, if not a miracle. It’s one of the best stories you’ll read all year.

Between the Motos: Daniel Sedlak

Alongside soccer and basketball, motocross is one of the most universal sports internationally. Daniel Sedlak, a privateer from Germany, has raced in places such as Uganda, Indonesia, Malaysia and many other interesting locals. This quote will certainly leaving you wanting to read more: “When I went the first time they had like thirty or forty soldiers with loaded weapons guarding the starting gate. Coming from Europe or America, that’s really intimidating, seeing active military with loaded weapons protecting your start gate.”

Steve Matthes’ look at the remarkable stories of Phil Nicoletti and Alex Martin, who both spent time with the Eleven-10 Mods team, from privateers to factory riders is a great read. It tells the story of the struggles many private teams face and how the riders, and the mechanics, worked through it all. (In related news, DC talked with team owner Chad Sanner a few weeks back for an interview. We posted part one earlier this week.)

Revolver: Back to the Races

Former pro Denny Stephenson joins us from time to time to share stories and analysis. One that really stuck out was his return to racing after nearly ten years off. It’s funny, enlightening and something we can probably all relate to.

As the 250 National Motocross Championship was coming to a head between Jeremy Martin and Marvin Musquin, Martin’s teammate Cooper Webb started to become a spoiler. This reminded old-schoolers of the famous “Let Brock Bye” pit board from Team Yamaha, still one of the most talked about events in the history of motocross.

Jim Gianatsis, a journalist and photographer who covered the 1977 AMA Motocross season finale for Cycle News, shared some un-seen photos and a great story from that day. The lede tells it all:

“It was the most exciting and controversial finish to a championship in AMA Pro Motocross history. It was a finish that both race fans that day at the 1977 AMA 125cc National Championship season finale at Cycle Rama in San Antonio, Texas, and we in the media almost didn't realize what had happened until days later, when we got back to our offices and processed the film and saw what developed in one frame of the negatives, and the story was published in Cycle News.”

The good deeds riders do away from the track often go relatively unnoticed. That’s why this piece on Justin Barcia spending the day riding with five-year-old Austin Coleman, who suffers from Cystic Fibrosis, at the JGR test track earlier this year was so special.

It was a big controversy at the time: Tyler Bowers slammed Cooper Webb hard in Oakland, Webb talked trash on the podium, Bowers saw the interview and went on Twitter to warn Webb of a pending attack from a bear. Also, the two riders share a trainer during the week! Aaron Hansel called up that trainer, Gareth Swanepoel, to find out what that week was going to be like.

In a three-part series, Jason Weigandt took a deep dive into the troubles that motocross racing is seeing at the local level. Supercross and motocross are still booming at the pro level. But what about your local track? This was one of the most responded to pieces we’ve ever run on the site. It ran in three parts.

Observations: A Day in the Life

Steve Matthes’ Observations made for ground-breaking stuff back when the column debuted (on the old Racer X Canada site, if you can believe that) in 2006. Since then we’ve either learned to edit harder or Matthes learned to write more softly, so there are fewer controversies but still plenty of scoops. Once a year Steve changes it up and turns the pen around, so to speak, giving the play-by-play of his day at the races instead of the race itself.

This year he took notes through the Indianapolis round. This is what it’s like to be an insider.

Alex Martin and the CycleTrader.com/Rock River Yamaha team rose through the ranks in lock step, legitimizing each other along the way. Here’s a story on how the relationship bloomed.

Former Pro Jason Thomas checked in after every race with his Breakdown column, but his most popular pieces featured photos from the races, with analysis of rider style and technique. Here’s a strong one with analysis from Thunder Valley National in Colorado and Muddy Creek National in Tennessee.

Matthes is the podcast master, and he submitted this note:

“I always enjoy podcasts with people that work behind the scenes because they often have a more interesting story on how they got to where they are. Like Ian Harrison, and his early years of he and Albee tackling the GPs and winning three world titles.

Or Yamaha’s Steve Butler coming over from Australia, meeting Doug Dubach and then never going back home!

Thanks to Big Drama at Lucas Oil, I got to talk to Dave Despain this year and that was way, way, cool.

I got Jeff Stanton and Rick Johnson on the line to talk about that 1989 season; Stanton turning into the man after RJ got hurt and all that. Way cool for me to do something like this and the guys were awesome to talk to.

My white whale was Mike Brown. I’ve literally been trying to do this podcast for two years and Brownie and I just couldn’t get it done. Well, we finally caught up and it was great as Mike talks about his long and lengthy career."

Landen Powell and the Military Mechanics

Normally, the story is about someone trying to help the privateer. This time, it was the privateer who was providing the help. Privateer Landen Powell and his dad came up with the idea of honoring soldiers who had returned from war by letting them work as an honorary mechanic for the night. It was a morale boost for all involved, especially soldiers who face the hard reality of melding back into regular life. "The military has a really high suicide rate, and Sportsmen for Warriors foundation is just trying to counteract that by giving these guys really cool experiences through sports and things like that,” explained Powell.

Let’s be honest: Ask Ping was one of the first features on this site, and it’s probably still the best. Here’s a link to all of them. Just start reading, and then start laughing.