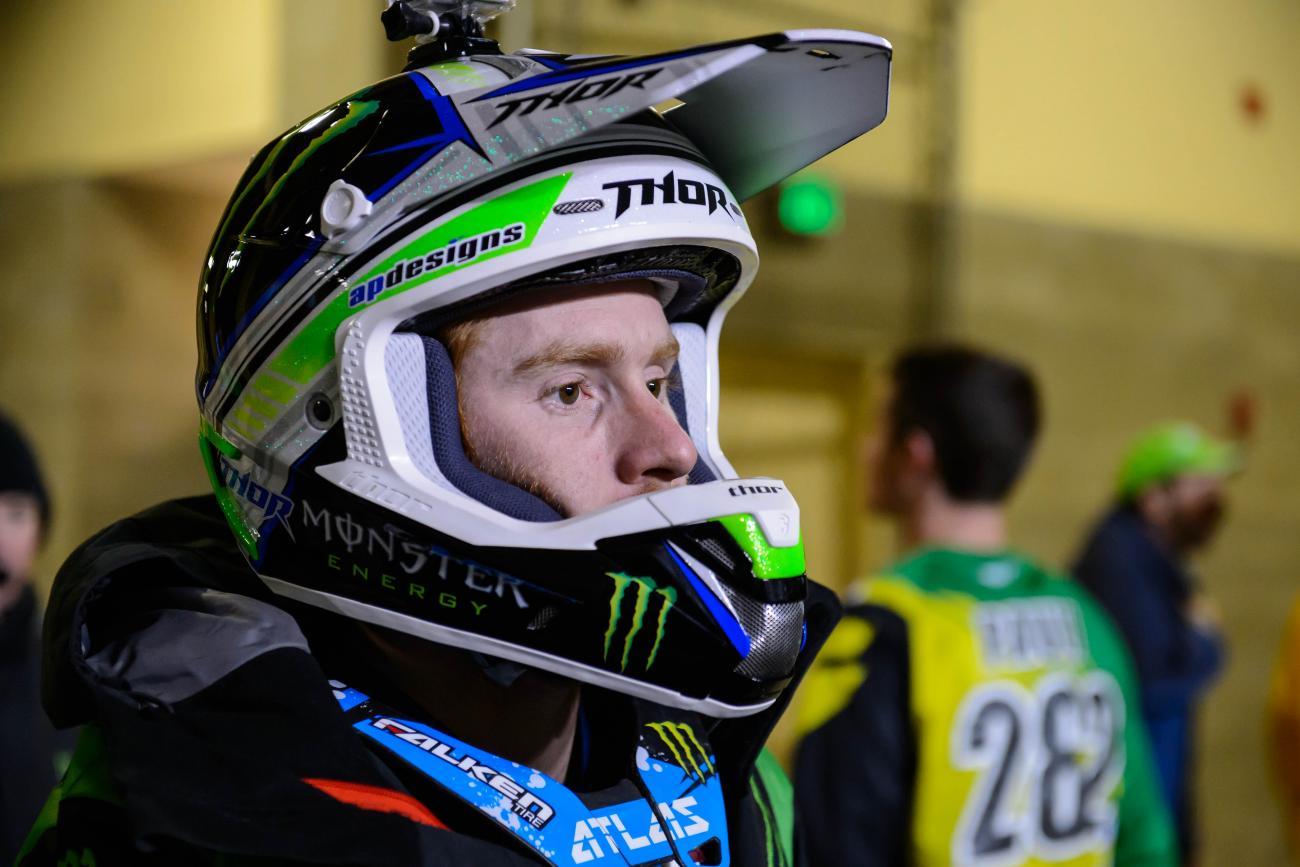 Redux The Power of Saying Yes

This article originally ran on Racer X Online on May 2, 2014. Ryan Villopoto announced his retirement from professional racing on July 9, 2015.

Ryan Villopoto’s triumph as a racer is a triumph of mind over matter. Of discipline and sacrifice. It is the ultimate test for any person—doing the things you don’t want to do in order to succeed. It’s applying time to weaknesses instead of strengths.

Unlike the other riders who have reached such lofty heights in racing, Villopoto does not appear to be born into this. Yes, he obviously has talent. But reaching and sustaining “the man” status requires something beyond talent. Getting here requires overcoming injury, hardship, and doubt, and also requires great personal sacrifice all the way down to the core of your family makeup. Not every great champion has had to deal will all of those things, but they’ve all dealt with some of them, and each also had a specific quality driving them through those obstacles. For Ryan, we’re still trying to figure out what that is. He is as motivated and competitive as anyone ever. But we can’t figure out why.

For example, I’ve always said there are two types of riders at the professional level: Those that just wanted to race dirt bikes fast and ended up being stars, and others who wanted to be stars. Mike LaRocco did not want to be a star. He didn’t want to be famous. He just wanted to be a dirt bike racer and be good at it, so the fame came. Other riders of his era, like Jeremy McGrath and Jeff Emig, enjoyed being famous. They were okay with all of the stuff that came along with being fast—fans, press, attention, interviews and hype. Liking that made their life easier. As always, you’re going to have to do the stuff anyway, so you might as well not hate it.

McGrath was being pulled in a million directions when he was on top, but he knew every one of those directions aimed toward the spotlight. He liked the spotlight. He was okay with it. McGrath seemed to like his job every day—and he’s alluded to so much here. Of course, much has changed since McGrath’s reign, so while he surely did juggle an insane amount of things while leading the sport for an unprecedented amount of time, he did most of his winning before the Internet. It’s hard to state how big that line in the sand is. Pre-internet means pre-message board, pre-social media and pre-internet video. Those things have multiplied the demands and the potential pitfalls many times over, and while I have a sense MC would have maneuvered through those waters just fine, it would have certainly amounted to more on his plate. Yeah, we were jamming up MotoTalk in the late 1990s, but when McGrath was at the very zenith of his powers, winning 13-straight to open the 1996 AMA Supercross Series, he was living in an isolated world compared to today. RV has to live under more spotlights and more microscopes, none of which he really likes.

Plus, it’s inarguable that the training and riding demands have stepped up since then. This industry has been repeating the mantra for a dozen years now: “Carmichael really changed the game with his training.” Well, sure, and the person who made him do that game-changing training is now training Villopoto. That’s gnarly.

I doubt MC logged many days as tough as what RV has done nearly every single season over the last four years. He worked, no doubt, but today’s programs are just so much tougher with diet and travel (having West Coast and East Coast residences is now a requirement. MC never had to leave his California home base). But I do remember an MC quote from back in the day, about how Carmichael gets credit as if he invented training. That’s true—the RC/Aldon tandem get credit for changing the game but the sport had already hosted mega-trainers for 30 previous years. Just go back to the LaRocco example for one—it is not possible to do a significant amount more than that guy did. Or Kiedrowski. Or Ward/Glover/O'Mara/Barnett etc. Carmichael and Aldon didn’t invent training.

But most of the past mega-trainers had something on their side: They enjoyed training. Some pro riders train because it’s part of the job. But there are hundreds of thousands of people in this country who choose to train as a hobby, without a single dollar to gain from it. Hell, they spend money to do it. You can bet that if Ryan Dungey never made it in this sport, and was working a 9-5, he’d be up at 5:30 a.m. and ride a spin bike in the basement, then crush road bike riders on the weekends. We see Jeff Ward at the races today and at age 52 he still likes riding dirt bikes and bicycles. Some dudes just like to train. However, I don’t think Villopoto fits that mold, just like he doesn’t like being famous. Training and media and all of this stuff are just things he has to do. The amount of self discipline it takes to do it at the very highest level—and obviously if winning you’re the one putting in the most work and dealing with the most obligations—when you don’t even really like doing any of them is pretty amazing.

I’m not sure if Carmichael had a nose for either, either. But he also accepted nothing but being the best so he forced himself to get into the best shape and also developed a damned effective public persona, too. It might have been against his basic nature, but underneath every Carmichael sacrifice lies his insane competitive streak. This is the guy who needed a “swear jar” inside his motor home to remind him not to go nuts cussing in the rig after a (rare) loss. This was the guy once called the “angry little elf.” This is a guy who was flinging his helmet down the start straight after he won races in 2005. Roger DeCoster has worked with most of the greats in this sport, but he’s told me he’s never seen someone as obsessed with winning as RC, and that includes the super trainer guys of Team Honda’s 1980s glory days. Roger DeCoster said he’s never seen anyone as obsessed with winning as Ricky Carmichael. What more do you need to know?

With Villopoto, such competitiveness must live in there somewhere. Any rider at that level will tell you the money isn’t enough. You have to have something else. He’s said he likes winning, but at this point winning has become so expected that he’s riding more to avoid the pain of losing than the joy of winning. One of these years, one of these weeks or one of these races will be the one where he loses his edge. That’s why he’s so hyper-sensitive about this sport’s penchant for “you’re only as good as your last race.” He keeps saying it. He keeps fearing it. Fans and competitors are waiting for the day when he finally has to come down from the throne—a gang of very competitive people gear their lives around knocking him off. That’s a lot of pressure, so when he wins now, it’s more of a relief that he didn’t lose rather than a celebration that he won. Did you notice how little joy we say last Saturday?

Each year just starts that same process again. He doesn’t seem motivated by the fame. He doesn’t seem motivated by the record book—he didn’t want to win his fourth title this year as much as he just didn’t want to lose one. He doesn’t seem to be a guy who hits the gym for hitting the gym’s sake. I also believe he’s a good guy who doesn't want to put his family through the drama created by competing at the highest level. You can sure as hell bet he doesn’t enjoy getting hurt. Yet to win at this level in this sport requires all of that, and Ryan Villopoto is willing to do it. He’s willing to do the things he doesn’t want to do, to say yes when he wants to say no. In that sense, he’s actually sacrificed more than anyone.