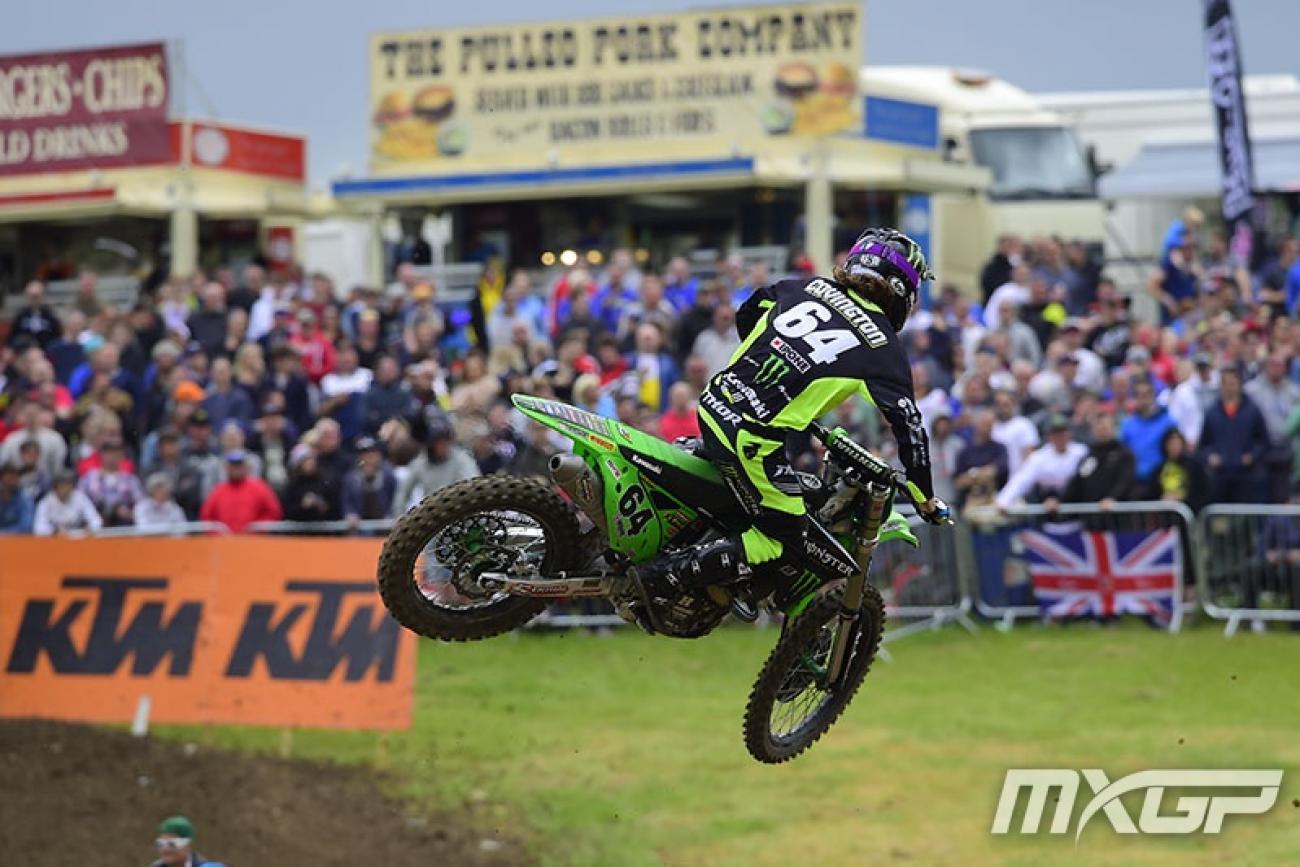 The regular Racer X crew has you faithful readers up to speed and raring for Spring Creek after a brief lull in the action.

So, now for something completely different.

We’ve all got regrets, and some of us have occasionally had regrettable haircuts... or even the lack thereof.

But, hey, we’ve all made mistakes. Some of us even raced in baggy snowboard pants for a time. What was that all about?

We all make decisions, and every choice leads one down a different path. So, if I could digress for a bit, and if you could bear with me for a few hundred words, I’ve got a point to make about would-be arbiters of style.

I’m by no means on the level of the legendary Kenny Watson, but to paraphrase the OG K-Dub, “I’ve been around and I’ve met a lot of people.”

In one of those lives, I was for a while, manager of the AMA National Arenacross tour. And if you think that sounds like fun, well, you’ve never been the man in the middle between two large-and-in-charge personalities that are each their own force of nature—one being former Grand National flat track #1 Mike Kidd, who had just sold the series he quite arguably invented to what was then Pace Motorsports, soon to become Clear Channel, and eventually Feld Entertainment, and the other being Roy Janson, who at the time was essentially czar of all indoor two-wheeled motorsports. (Today, by the way, Roy works for the folks on the other side of the Racer X office with MX Sports.)

Hanging out after the show with “Five-Time” Buddy Antunez, my column counterpart Denny Stephenson, the fun-loving Jeff Willow, and the Pedro “Tequila mas finas, amigo?” Gonzales? Yeah, that part was big fun.

The other deal? I still have tremendous respect for both Roy and Mike, but in retrospect I could have easily skipped my time trying to serve those taskmasters. They both had different agendas, making for an impossible task.

I also got to know Dave Antolak at the time, owner of the Tuf Racing team. (I don’t think either Dave, Roy, or Mike ever knew that I used to hole up in the Tuf trailer, slip into Josh Demuth’s riding gear, and then take Willoh’s bike out for practice every once in a while. JD’s gear was the right size, and Willoh’s suspensions settings were close enough—the differential in his speed and mine largely offset by the fifty pounds or so I had on Willoh...if Jeff was soaking wet, anyway.

Thanks also to the track crew, who not only never snitched me out, but were also kind enough to pull the Tuff blocks aside so that I could largely skip those arenacross whoops. I wasn’t even supposed to ride at all during the season, but who could resist? Not me. And the statute of limitations should be up on that transgression by now. (I hope.)

None of that is the point.

What I’m getting to is that a few years later, I was in the magazine business when I found out my best grom from Florida, Jason Thomas—maybe you’ve heard of him?—was looking for a new ride in the wake of the collapse of the Ferracci “Factory” Husqvarna team. I’d known JT since he was like 12 years old, and we both raced for a local dealership team I put together in Gainesville, largely with the aim of scoring Jason enough bikes to make it through a state championship season. He was one of the best mini riders in Florida at the time, and one bike a year wasn’t cutting it. In turn, his dad kept my own race bikes right. (Thanks, Fast Frank!)

I’m going somewhere with all this. Honest.

Anyway, those paths converged this way: I knew Antolak from arenacross, and had recently done a feature on him and the team for the magazine of which I was the editor, so I called Dave up to extol the virtues of hiring Jason to ride for Tuf. His stature was perfect for the arenas, or so I thought, and it actually all came together.

Now, believe me, I’m not trying to take credit for JT getting the ride, just starting the ball rolling. Given that it turned out to be the most troubled year of Jason’s long and largely successful pro career, I’m not sure credit would be the correct word anyway. And that trouble all started at the season opener in Des Moines, where I really expected Jason to hit the podium. Instead, he hit the dirt in one of those inevitable AX first-turn crashes, and I wound up visiting him in the hospital later that night. (Sorry, Jason.)

It seems that JT suffered a pretty bad break to his hand when he and another rider tried to pick up their bikes at the same time. Jason got the hand caught in the spinning rear wheel of one of the two machines, and boom, bad night. I still remember the way he jumped back holding that hand like he’d been bitten by a snake—in a way he had been. But that’s another story too.

So what’s the point?

Thomas Covington. At the Grand Prix of Latvia, Youthstream invoked a little-known FIM rule and insisted that American expatriate Covington sheer his long locks. Ostensibly for safety's sake, but why draw that line in the sand now? Or with Covington?

Back in the day, there was nothing cooler than Ron Lechien, and later Damon Bradshaw, flying around in front of the pack with long hair flying out the back of their helmets in the wake. Even earlier, I’m told, the legendary Gaylon Mosier had quite the flowing mane himself, as did many other legends of the sport. Not only is long hair a style-staple of motocross that has come and gone, and come back again, the last time I checked, motocross was first and foremost an individual sport comprised of racers with their own inimitable styles—which is not to say a lot of us didn’t try our best to imitate.

What’s next? Now that our latter-day Bradshaw heir to the wild child throne, Justin Barcia, has shaved his head but kept the flowing beard, are we going to legislate that the reverse mullet (all business at the back, party out front!) is too dangerous to let that fur fly?

Sure, motocross is dangerous. But you can't truly spot-legislate safety. And hair is hardly the worst thing that could get caught in a sprocket.

Just ask my boy Jason Thomas. Or, for that matter, Jessy Nelson.

We all make mistakes. But at least when we get a bad haircut, it’ll grow back.