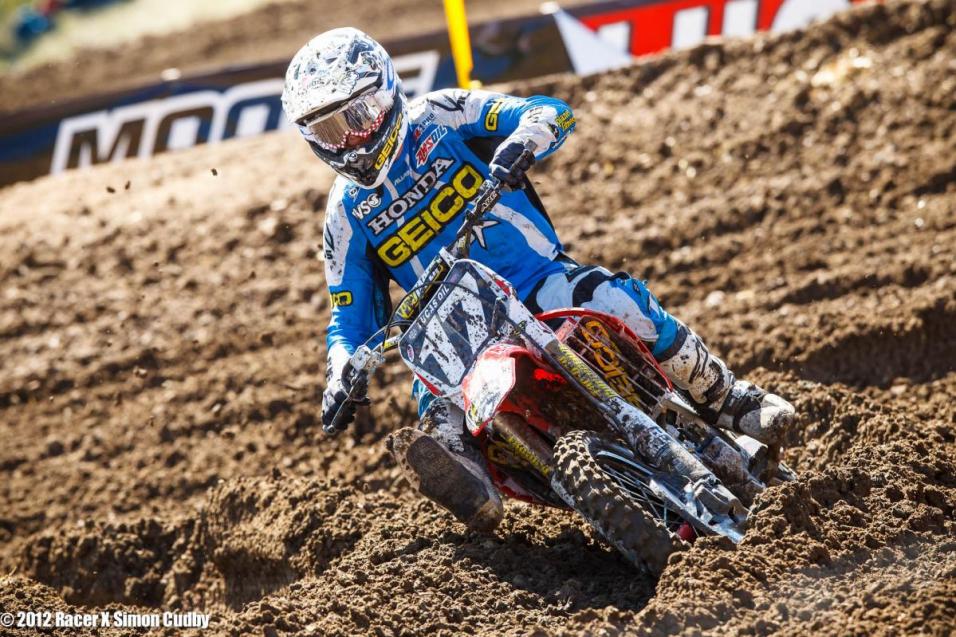 Round three of the 2012 Lucas Oil Pro Motocross Championships are taking place today in beautiful Lakewood, CO at the Toyota Thunder Valley National, located not far from downtown Denver. The track was primo today for the practices and the track designers added some new jumps for the racers this year.

Yoshimura Suzuki’s James Stewart has been perfect so far this season with four moto wins, but right behind him in three of those motos has been Red Bull KTM’s Ryan Dungey. We’ve seen some incredible racing so far and after practice, we’re set up for another great battle. In the 250 class Blake Baggett, Eli Tomac, Kenny Roczen and Justin Barcia have been a little above the rest of the field. 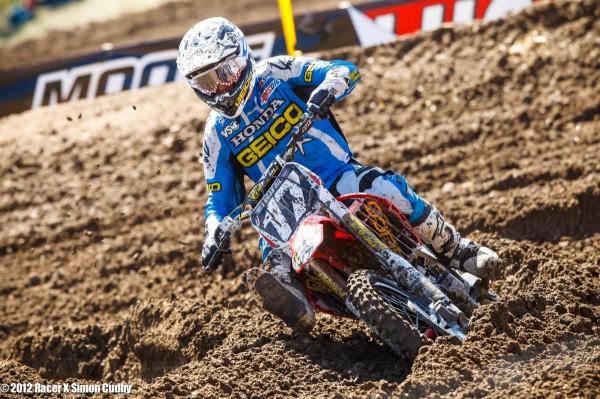 Usually the first set of practices are the faster ones and most riders use those times as their personal bests but here in Lakewood the track was pretty smooth for both practices and in the second one, the berms were built up, which enabled some riders to go faster. Remember, the better the time in practice, the better the gate pick for the first motos.

In the 450 class it was the second practice in which Stewart and Dungey were fastest. Stewart stood atop the board with a slightly better time than Dungey. Both riders again showed that they are the class of the field by posting times nearly three seconds better than Stewart’s teammate Bret Metcalfe.

In the 250 class, although he hasn’t spent a lot of time at the Thunder Valley track, GEICO Honda’s Eli Tomac used his home state advantage to take the top spot on the board. As with the 450s, the second practice times were a little better for most of the guys. As we said at the top of this report, the four riders that separated themselves a bit from the pack in the first two races kept it up here at round three, with Baggett, Barcia and Roczen sitting second, third and fourth fastest in practice. Rockstar Suzuki’s Martin Davalos won’t be racing today due to a crash suffered in practice during the week. 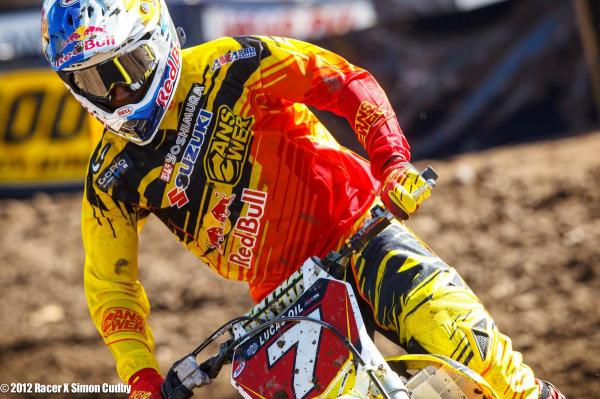 In WMX action, Jessica Patterson topped the field by nearly a second. Ashley Fiolek, who pulled out a win in Texas last week despite feeling the effects of food poisoning, wasn’t quite on pace and qualified fourth fastest, roughly three seconds off of Patterson’s best lap. Tarah Gieger and Australian Meghan Rutledge took second and third, respectively. 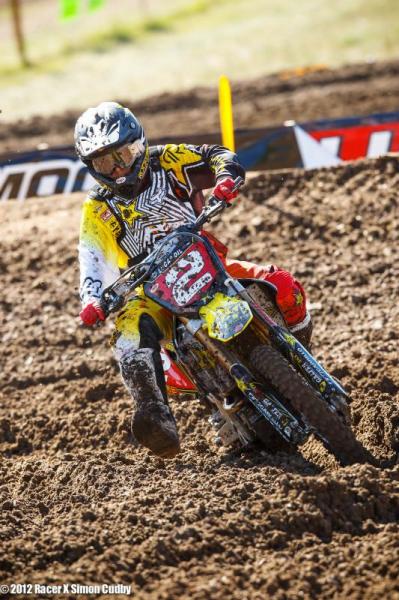 All in all, the practice times indicate that it’s going to be another great battle in the 450 class between the top two guys and in the 250 class, we’re starting to see some separation up front. We’re definitely set up for another great day of racing between the two guys and if it’s anything like Freestone last week, buckle up it’s going to be a fun ride.

For a complete look at qualifying times, go here.

For instructions on how to watch The Toyota Thunder Valley National on television, go here.