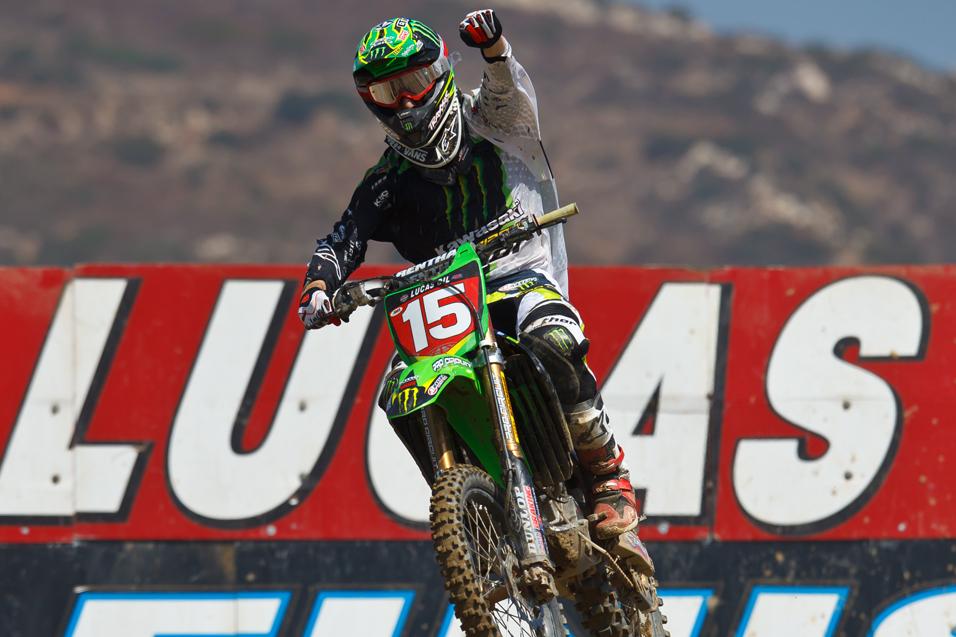 Advertisement | Advertise with Us
In a time where creating jobs is said to be the number-one goal of anyone with any real power—or aspirations of power—it’s good to know that as far as the sport of American Motocross is concerned, there’s an equal opportunity out there. We’ve spent most of this year celebrating the great level of parity in this sport, and I can’t help but go there one last time now that the 2011 Lucas Oil AMA Pro Motocross Championship is complete.

Both the Monster Energy Supercross and Lucas Oil AMA Pro Motocross Championships ended the same way. We have a clear-cut champion in points in the big class, Ryan Villopoto. You can’t argue that he didn’t earn those titles, doing it with hard riding and hard work, and by doing everything right. He didn’t dominate either series, but to me, the mark of a great season is when it takes your absolute best, you have no margin for error, and you pull it off. It’s easy when you show up to the track every weekend and you’re automatically two seconds a lap faster than everyone. Villopoto has had those days in the Lites class. For these crowns, though, RV had to give all of himself.

RV is champ, but if an eighteenth supercross race took place the weekend after the Las Vegas final, would you know, for sure, who to bet on to win that race? Even seventeen rounds of racing couldn’t create a definitive answer as to who would win every week. 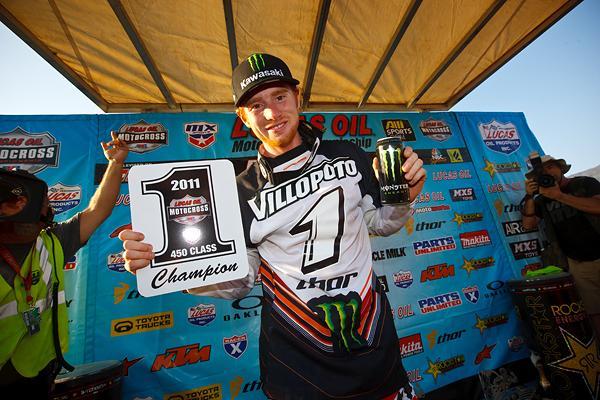 We’ve just completed twenty-four motos in the 250 and 450 classes in AMA Pro Motocross, and the answers are similar. Clear cut champions? Indeed. There’s no doubt that Dean Wilson and Villopoto earned their championships. But while the 24-moto grind usually strips away all pretense and leaves us with one clearly dominant figure, this year, it’s different. You can’t say Wilson and Villopoto were head-and-shoulders more talented (and faster) than the competition every time they lined up. They won because they pressed the right buttons at the right time. The motos, overalls and championships could have tipped in any direction. Rewind and line them all up again—or do it again in 2012—and the results could be different. Who knows? That’s the kind of parity we normally don’t see by the end of the year.

The 250 class illustrates this best. Like last year’s second-half surge by Trey Canard, Wilson suddenly stumbled on the right combination in the latter stages of this tour, and he used that to put the championship on lock. In Trey’s case, he started working with Tim Ferry, built confidence by stealing a win at RedBud, and took off. Wilson moved to Chad Reed’s place and spent a month training in Florida. It upped his game and got him a win. He took off from there.

For Villopoto, a switch to the 2012 KX450F seemed to erase most his struggles in the second moto. He was Mr. Clutch, as well, winning when he really needed to, just like he did in supercross (I’m imploring you to keep the Salt Lake City SX in your memory banks as an all-time pressure ride, a career-defining moment, and a race we should bring up in bench racing lore as often as possible). But he didn’t have the luxury of locking this one down early. He could never just show up at the track knowing he would automatically go 1-1 because he had two seconds per lap on everyone. Each race was going to be a fight.

Just look at the future of the 250 class. Wilson clearly entered another level this summer, but plenty of others have the potential for a similar breakthrough. When he was on, Blake Baggett was untouchable. I asked Blake, and he doesn’t know what changed or why he couldn’t keep that magic throughout the season. But if he finds it again, look out. 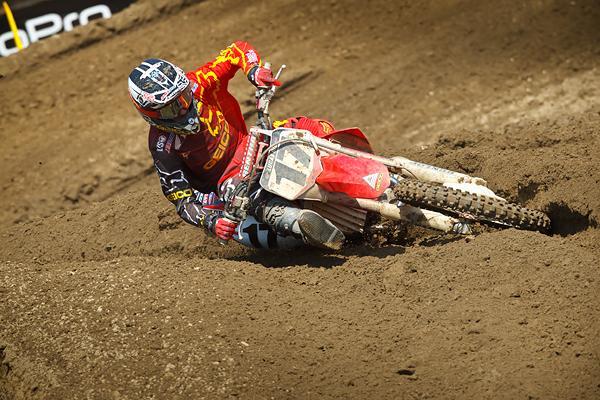 Barcia was impressive in his brief stint in the 450 class.
Photo: Simon Cudby

The GEICO Honda team didn’t have the summer they wanted—surely they didn’t ink “Pro Circuit Kawasaki goes 1-2-3” on their list of goals, not after winning this crown last year. But the potential is still there. Eli Tomac has the talent to catch fire at any moment, just like Canard did. Barcia proved himself formidable for the future with his ridiculously high-level 450 performances. And now you’ve got this Bogle kid showing he’s got the goods, as well.

And over in camp KTM, much of the hype for 2012 has built around the coming announcement that Ryan Dungey will be saddling an orange 450. But Marvin Musquin is finally coming around, and Ken Roczen is coming over. That’s a formidable 250 team.

Moreover, what does Barcia’s 450 ride say of all of these riders? When I saw Wilson the day after Barcia’s superb Unadilla performance, he was excited for two reasons: A) Dungey had a run-in with Barcia, proving once and for all that Wilson wasn’t the only one with some Barcia under his skin. And B) it really helped establish the level of the 250 pack. If you’re Wilson, leading the 250 points, watching Barcia, sixth in 250 points, leading a 450 moto, well, that says quite a bit about you.

Of course, there are a million variables in between. Barcia was struggling with quite a few injuries early in the year, so maybe he was rounding into shape just in time for the new bike. Maybe his style lends itself to the 450 more than others. Or maybe he just responded to a fresh environment. But that’s what makes this all so interesting. This next generation, it’s not going to come down to one rider having a ton more talent than anyone else. It will come down to subtleties. And it’s a lot harder to predict who will win races when just one small change, which could come at anytime, can have a big impact. 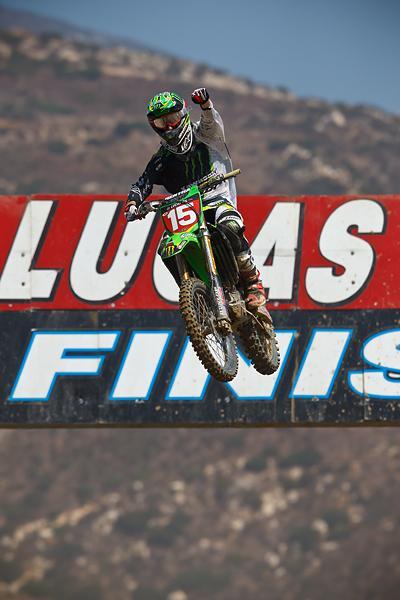 Such opportunity was all over at Pala. Watching Baggett finally get his previous form back and challenge Wilson. Watching Bogle lead twenty-six minutes of moto two. Watching Wilson prove he’s not going to give any ground back. Watching Barcia nearly win the whole darned 450 thing. And watching Villopoto and Dungey establish themselves as the latest standard for the sport—as I went over last week. Then watch all this, and think how the likes of Reed, Stewart and Canard will be back for more, too.

During the post-race press conference, I saw Villopoto talk of coming back from adversity to take down Dungey, Reed, Stewart and the rest this year and claim two titles. He wanted it, and he did it. I also saw Barcia lament about how close he was to getting an overall win on a 450. Then I realized there are quite a few riders who could be in Barcia’s position soon, as well.

They are Ryan Villopoto and Dean Wilson’s championships. They best took advantage of their opportunity. But even for others, opportunities still remain.