The rumor mill has been buzzing for months that Jason Lawrence might end up in jail for physically assaulting a friend (he bit off part of a friend Ryan McGriddle's ear). Yesterday he appeared before a judge and was given 365 days in the Southwest Detention Center, though two days came off for time-served. Here is the case report of Lawrence's sentencing. 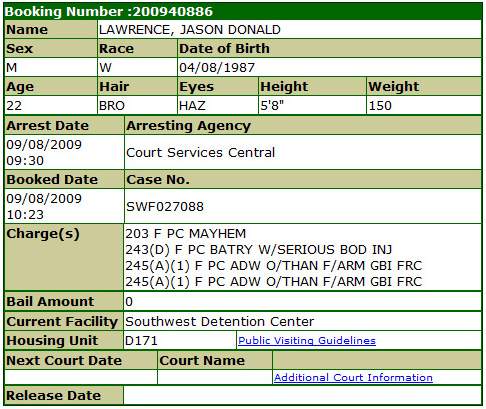