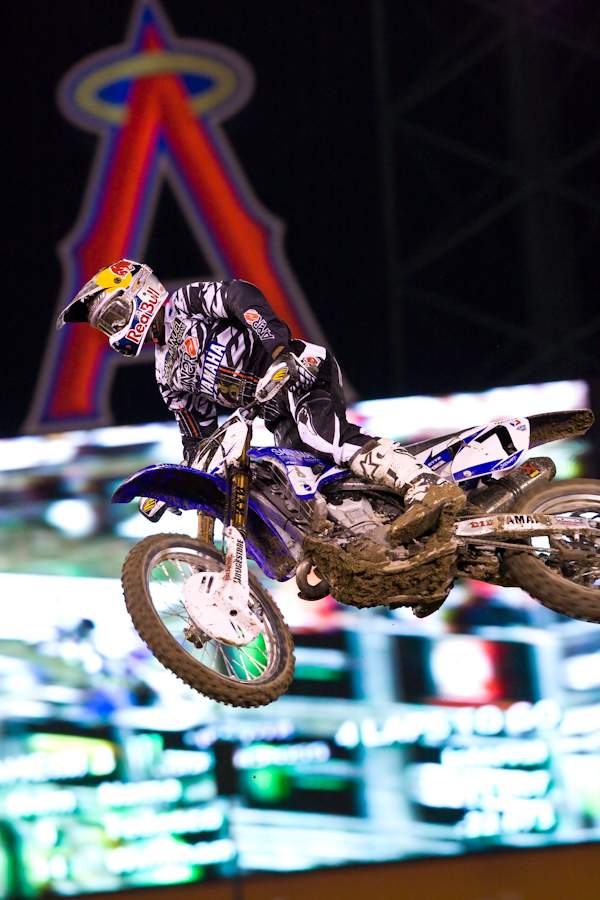 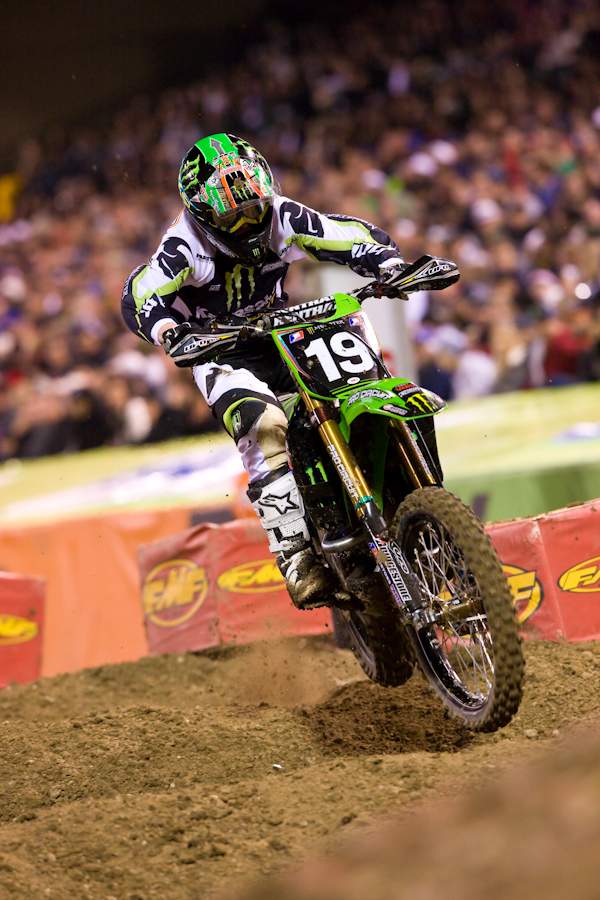 To start last week’s main event in Anaheim, Stewart didn’t wait long to establish the lead as he pulled the holeshot, leading Honda Red Bull Racing’s Davi Millsaps, of Tallahassee, Fla., and JGRMX/Toyota/Yamaha’s Josh Grant, of Riverside, Calif., through turn one. Stewart controlled the lead for the next 20 laps. Once again, Reed didn’t get the start he wanted, but worked his way into the top five by lap two. 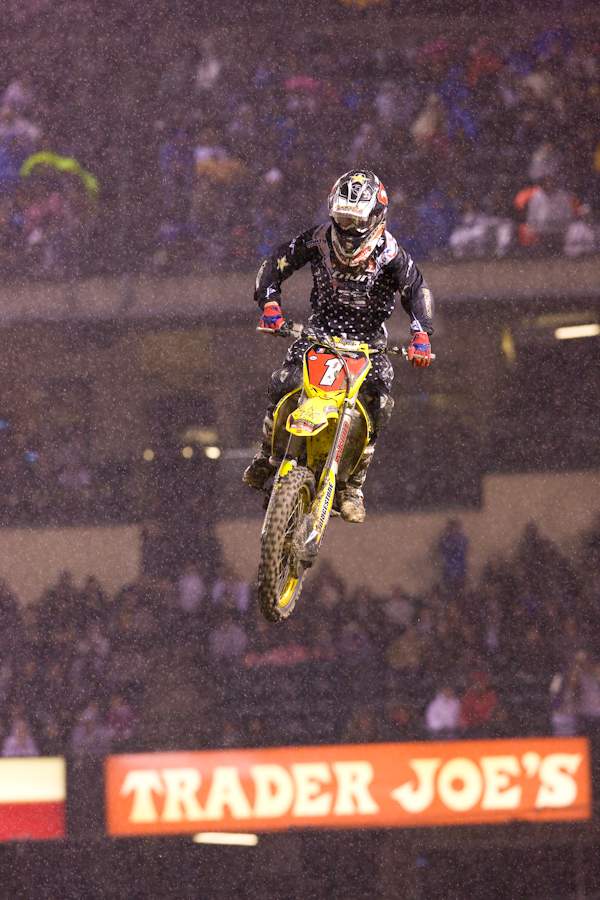 On lap seven, Reed moved into second place but was unable to challenge Stewart. Millsaps finished third and picked up the best finish of his 2009 season.

“Man it was crazy out there,” explained Stewart. “I was just riding out there and realized it was raining. We got one more race out here in California and so far it’s been good. The thanks really goes out to my team. Larry Brooks, San Manuel, and all the crew they’ve been awesome this year.”

“It was sketchy,” said Reed. “I just tried to put in some consistent laps. I was happy to finish the race and be on the podium for the points race. The guys put the bike together for the mud and we just tried as hard as we could. Starts are part of the race. I just need to work on them. I really want to thank my team Rockstar/Makita Suzuki. I’m definitely feeling a lot better now than I have been.”

Weimer rallied back from a mid-pack start in the Lites class main event to challenge early leader Justin Brayton, of the MDK/KTM team, and the two engaged in a battled until Weimer made the pass for the lead and win.

“This is a huge win for sure,” said Weimer. “Once I got by Justin (Brayton) I just kept my head down and tried to ride consistent for the rest of the main. It feels great to take the points lead and the momentum into San Diego next weekend.”

Last year in San Diego, Reed overcame an up and down evening to win his fourth consecutive race of the season and fifth career win at Qualcomm Stadium. After passing Millsaps early in the main event, Reed crashed and was forced to once again chase and pass Millsaps. The victory gave Reed a clean sweep of all the California races.

“I am so happy to get this win,” said Reed last year. “I knew I needed to catch Davi after I fell. I have never won all of the races in California, and with this win tonight, I accomplished a new goal. I get to leave the west coast with a big points lead.”

Given his past success, Reed looks for San Diego to be a chance to protect his points lead in the championship hunt.

Jason Lawrence led every lap of the 15-lap Western Regional AMA Supercross Lites class main event for what proved to be the turning point of the season and his run towards the championship last year.

“I came into the first turn and had an open track in front of me,” said Lawrence. “I am excited to take over the points lead heading into Houston next weekend.

Tickets are available at www.SupercrossOnline.com, participating Yamaha dealerships, all Ticketmaster outlets or by phone at 619-220-8497. Gold Circle seats are $35; Mid-Level seats are $30 for adults and $10 for kids; Treadhead seats are $10. A $5-off adult coupon is available at participating Express Tires (does not include $10 seats) Fans can also request the family section when purchasing. All tickets are $2 more on the day of the race.