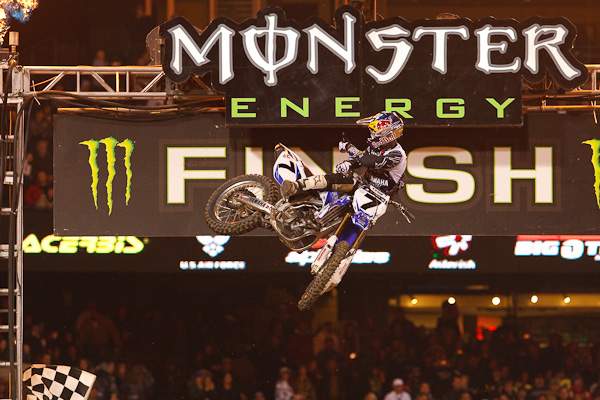 Media Day will be held Thursday, February 5, from Noon-2:00 p.m. inside the Diamond Club at Angel Stadium. The Rockstar/Makita Suzuki team will be on hand for interviews and photo opportunities. Chad Reed, Ryan Dungey and Mike Alessi will be the featured riders.

Long considered the de facto home of Monster Energy® Supercross, Angel Stadium has hosted more AMA Supercross races than any other venue.  After two out of this year's three scheduled races, Anaheim's huge crowds have already seen some of the best racing of the season. As the third and final race at the venue, Reed, who rides for the Rockstar/Makita Suzuki team needs to stage a defense against Stewart’s dominant four-race win streak. Winless in 2009, Reed, capitalized on Stewart’s misfortune at Anaheim 1 where he suffered two crashes (one involving Reed) and failed to finish the race. Reed left Angel Stadium that night with an 18-point lead over Stewart. 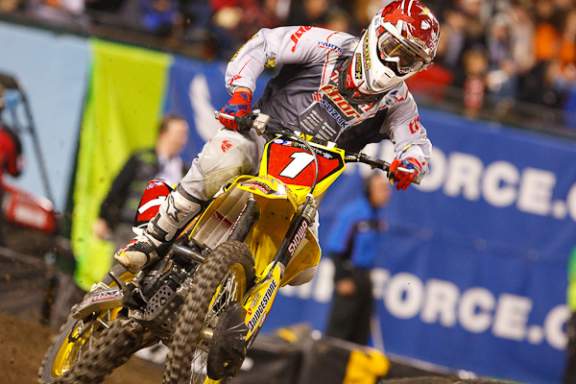 While the task ahead of him looked monumental, Stewart, who is the 2007 AMA Supercross class champion, slowly narrowed the lead to nine. Since Angel Stadium began hosting three races in a single season (2001), Stewart and Reed are the only riders to sweep all three races. With the opening-race win going to JGRMX/Toyota/Yamaha’s Josh Grant, of Riverside, Calif., and the Anaheim 2 win going to Stewart, Reed can join the list of Anaheim winners in 2009 and cushion his points with a win this weekend.

Last weekend at San Francisco’s AT&T park Stewart was clearly the dominant rider, having set the fastest lap time in practice, winning his heat race and going on to win the main event by a solid margin over Reed. Stewart grabbed the holeshot to start the AMA Supercross class main event with Rockstar/Makita Suzuki’s Mike Alessi, of Apple Valley, Calif., and Monster Energy Kawasaki’s Ryan Villopoto, of Poulsbo, Wash., following in second and third respectively. Chad Reed started in fourth and moved into second place on lap three. Villopoto rounded out the podium in third place. 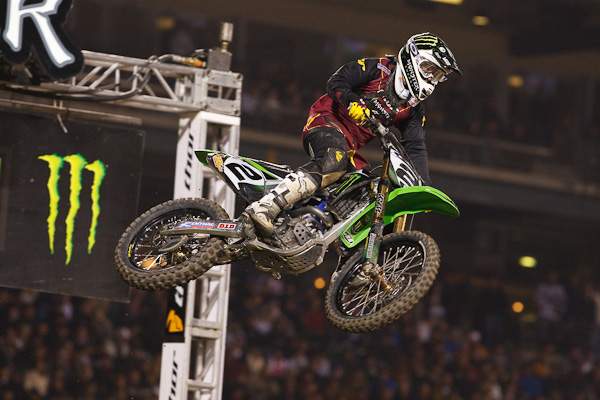 “We are working really hard this year,” said Stewart. “I felt good tonight and the track was tough. It was an awesome night for me.”

Reed, who is the defending AMA Supercross class champion, enjoyed the race at San Francisco, but will re-focus this weekend in Anaheim.

“The weather was awesome at San Francisco, and it was better than it’s been since 2003,’ said Reed. “It was nice to show up here and see the sun, but it was a tough day; we had a crash in the first lap of practice, and we had to fight back from that. The track was really slick, so we had to compensate for that and try and get a good start. The main event was good as far as getting out on the start on my Rockstar Makita Suzuki RM-Z450. I was third on the first turn and fourth on the next one, but I fought back in and … worked my way into second. It was a good, clean 20 laps. I still have the points lead,” said Reed. “Right now that is important and we go back to Anaheim next weekend, so we will work to get better.”

In the Western Regional AMA Supercross Lites class, Weimer picked up the holeshot, leading Suzuki’s Cole Seely, of Newbury Park, Calif., through turn one. Dungey started in fourth and by the end of lap one he moved into second place. GEICO Powersports’ Trey Canard, of Shawnee, Okla., moved into third place on lap three. 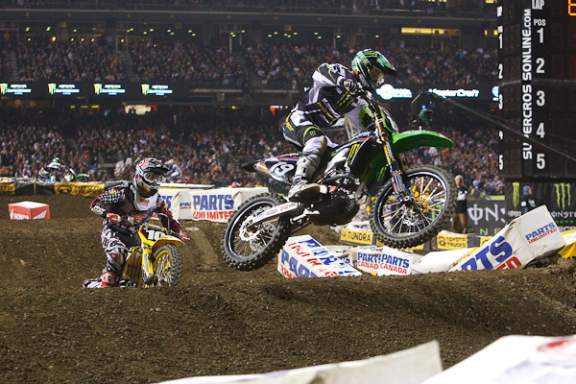 After failing to pass Weimer on the first 11 laps of the main event, Dungey made the pass and lost his front end, causing him to crash. The crash allowed Canard to move into second place. Dungey remounted, passed Canard for second where he finished. Canard earned a season-best third place.

“I earned the first podium of my career here in San Francisco, so this is a special place for me,” said Weimer. “I rode a smart and calm race tonight. Ryan (Dungey) was riding great, but it’s good for me to pick up the win.”

“I was a little impatient,” said Dungey about making the pass. “I made the move and it didn’t work out. We will see what happens next weekend in Anaheim.”

During last year’s Anaheim 3 race, Reed won his fourth Monster Energy® Supercross race of the season while Jason Lawrence, who went on to win the Western Regional AMA Supercross Lites class championship, scored his second consecutive win of the season.

Tickets are available at www.SupercrossOnline.com, by phone at 714-740-2000 or 213-480-3232, the Angel Stadium box office, Ticketmaster, Ticketmaster outlets, www.ticketmaster.com, and participating Yamaha dealerships. Club Level and Diamond Club seats are $75; Trackside Seats are $45; Extreme seats are $35; Upper Deck seats are $30 for adults and $15 for kids. All seats are $2 more on the day of the race. Practice and qualifying begin at 12:30 and racing begins at 7:00 p.m.  Just recycle any empty Monster Energy can at the Pit Entrance for your free admission to the Pit Party with a valid Saturday ticket from 12:30PM – 6:00PM.  Pit Passes will also be available for purchase for $10 on the event day at the Angel Stadium box office.