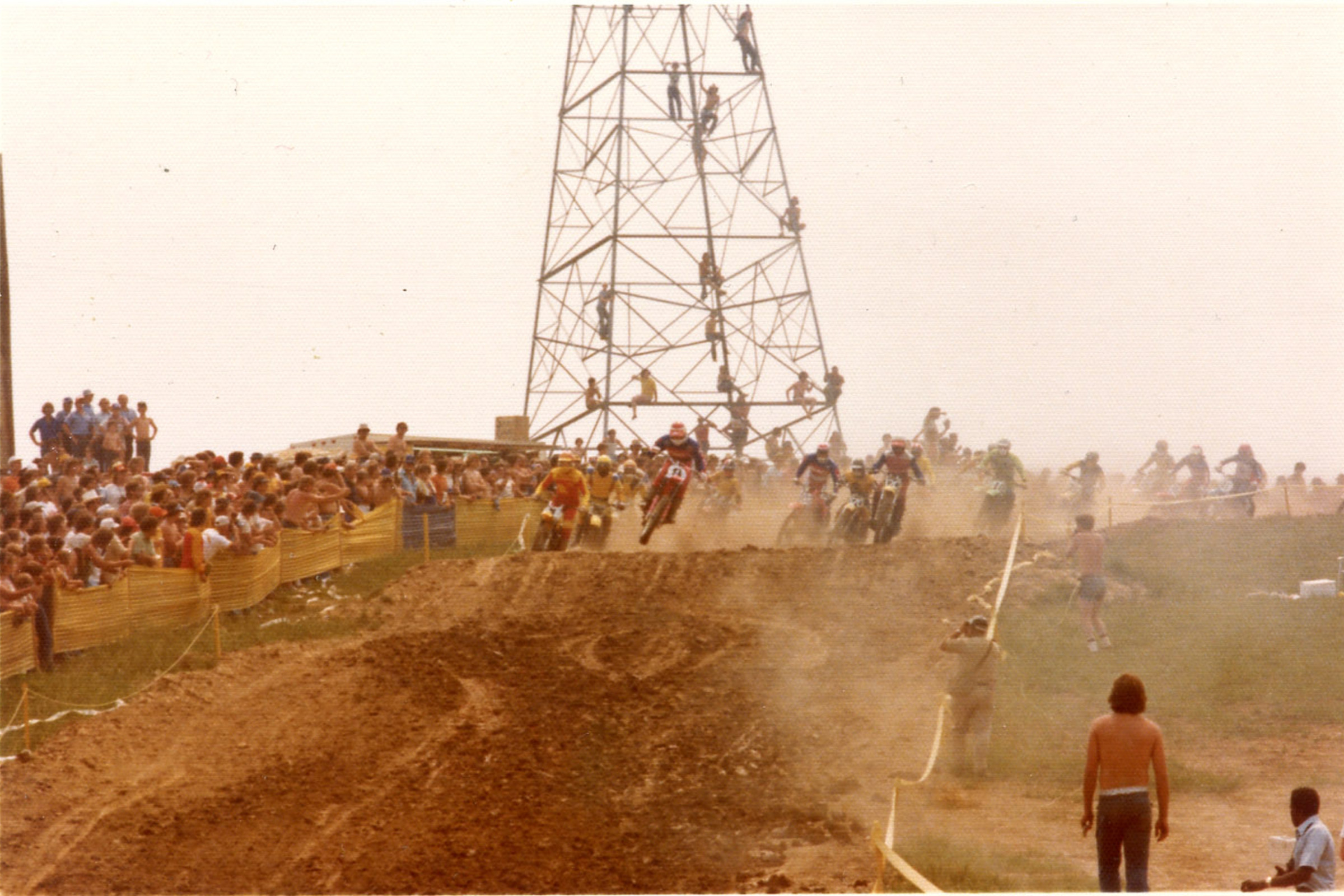 As we reach Day 45 in our MAVTV+ 50-Day Countdown to the start of the 2022 Lucas Oil AMA Pro Motocross Championship, we reach 1977 and a year when all three AMA National Motocross Championships went down to their very last rounds. As a matter of fact, one division ended with two men tied for the points lead, while another was a winner-take-all finale that was decided by a 10-cent part on a throttle cable. And the third class also went down to the very last moto.

The irony is that one rider stood out in all three of these championship battles, winning at least one race in the three classes: 125, 250, and 500. And yet that same rider somehow didn’t win any of the three outdoors titles! Bob Hannah did, however, manage to win his first of three-straight AMA Supercross titles, keeping the moment of his breakout season of ’76 going all season long. He won the first three rounds in a row, and six of the first eight, and was never really challenged.

By 1977 we are starting to see the effects of supercross on AMA Pro Motocross. At the time a uniquely American form of “stadium motocross,” the technical, sprinting aspects of supercross were beginning to show in how U.S. riders rode. At the sharp end of that spear was “Hurricane” Hannah, who rode with total confidence, albeit sometimes wild. Hannah started out his ’77 campaign the way he had the previous year, moving to Florida in the winter to train and compete in the Florida Winter-AMA Series, joined by his two teammates, Broc Glover and Rick Burgett. Hannah dominated the 250s, Glover the 125s, and Burgett the 500. All three were riding production models.

When the newly-entitled AMA/Mr. PIBB Pro Motocross tour started Hannah was diverse and strong enough to win in all three classes, but it seemed from the beginning that his primary class for the nationals—the 125 division, where Yamaha wanted him to defend his title and wear that coveted #1 plate that he had taken from Marty Smith—was the class he wanted to be in. So Yamaha allowed him to race in all three, so long as he rode the 125 class in the one national that had more than one class, the Hangtown opener. Hannah broke down in both motos, netting him just 24th overall in a race won by Suzuki’s Danny Laporte. It was the worst outdoor national of Hannah’s career.

In a hole from the start, Hannah tried to dig out, taking wins here but never really catching up to the two combatants for the title, LaPorte and his teammate Glover, who also had started badly with a mechanical at Hangtown, though he did manage eighth overall.

The six-round 125 series was short and sweet, and it all came down to the last moto at Cycle-Rama in Texas. There Hannah was winning in the late going, way out front with Glover second and LaPorte third. That would have still given LaPorte the title. But on orders from Yamaha Racing Director Kenny Clark, Hannah’s mechanic Keith McCarty wrote “Let Brock Bye,” the single most controversial pit board in motocross history. Hannah did as he was told, Glover scooted by for the win, and he and LaPorte ended up tied in points at 240 apiece. The tie-breaker tipped the title to Glover, the first of six that the “Golden Boy” would win.

In the 250 class Hannah was out of it from the start, as he had missed the Hangtown opener to race in the 125 class. His nemesis Marty Smith of Team Honda took the win, with his new teammate Jim Pomeroy, just back from Europe after four mostly fruitless years there with Bultaco, ended up second, and two-times running and defending 250 National Champion Tony DiStefano third, and Harley-Davidson factory rider Marty Tripes fourth.

Can-Am’s Jimmy Ellis won the second round at Hillside Park outside of Nashville, Tennessee, with Hannah joining the class to finish third, and then win the next round in Omaha, Nebraska. But Hannah would never catch up to the 250 class frontrunners, Tony D. and Marty Smith. The latter would win Southwick, but then Tony D. would win at Lake Sugar Tree in Virginia and RedBud. That set up a last-round showdown between the two at High Point Raceway in Mt. Morris, Pennsylvania, which was making its debut on the AMA Pro Motocross schedule. DiStefano would win there as well to claim that title. And check this out: Each of the first seven finishers of the 250 class that day in May ’77—DiStefano, Smith, Ellis, Jimmy Weinert, Kent Howerton, Danny Laporte, and Chuck Sun—would all end up in the AMA Motorcycle Hall of Fame.

The third and final class of the ’77 AMA Pro Motocross circuit was the five-round 500 class, and this one turned into one of the all-time great duels between (you guessed it) Hannah and Smith. But not until after Texas’ own Steve Stackable won the series opener at Lake Whitney Cycle Ranch in Texas aboard a Maico. The second round in Missouri would go to Smith, as would the third round at Unadilla. Then Hannah heated up at Metrolina in North Carolina to give him his 125/250/500 hat trick, just as Smith had an off-day with 7-7 moto scores. Hannah then swept the next-to-last round at Burnt Hickory Motocross outside Dallas, Georgia.

Here’s a cool slideshow by the late David Lack of the ’77 Burnt Hickory 500 National:

After an early crash with another rider Smith went DNF-2, which meant the 500 class would also all come down to the final round, with Hannah ahead by three points.

It would be over before it really started at Sunshine Raceway in St. Petersburg, Florida. Four laps into the first moto Hannah’s bike came to a stop while he was leading after a clip came off and released the slide from the throttle cable, meaning the bike could not be powered. That was all Smith needed to get his third (and final) AMA Motocross Championship.

Two other moments of note from 1977: Over in Europe, “Bad” Brad Lackey finally won his first 500cc Grand Prix overall in Great Britain. And back here in the states, at the end of the season, Belgium’s Roger De Coster won his fourth straight Trans-AMA title. It would be the last for De Coster, or any other European rider, as interested was waning in the once grand tour.