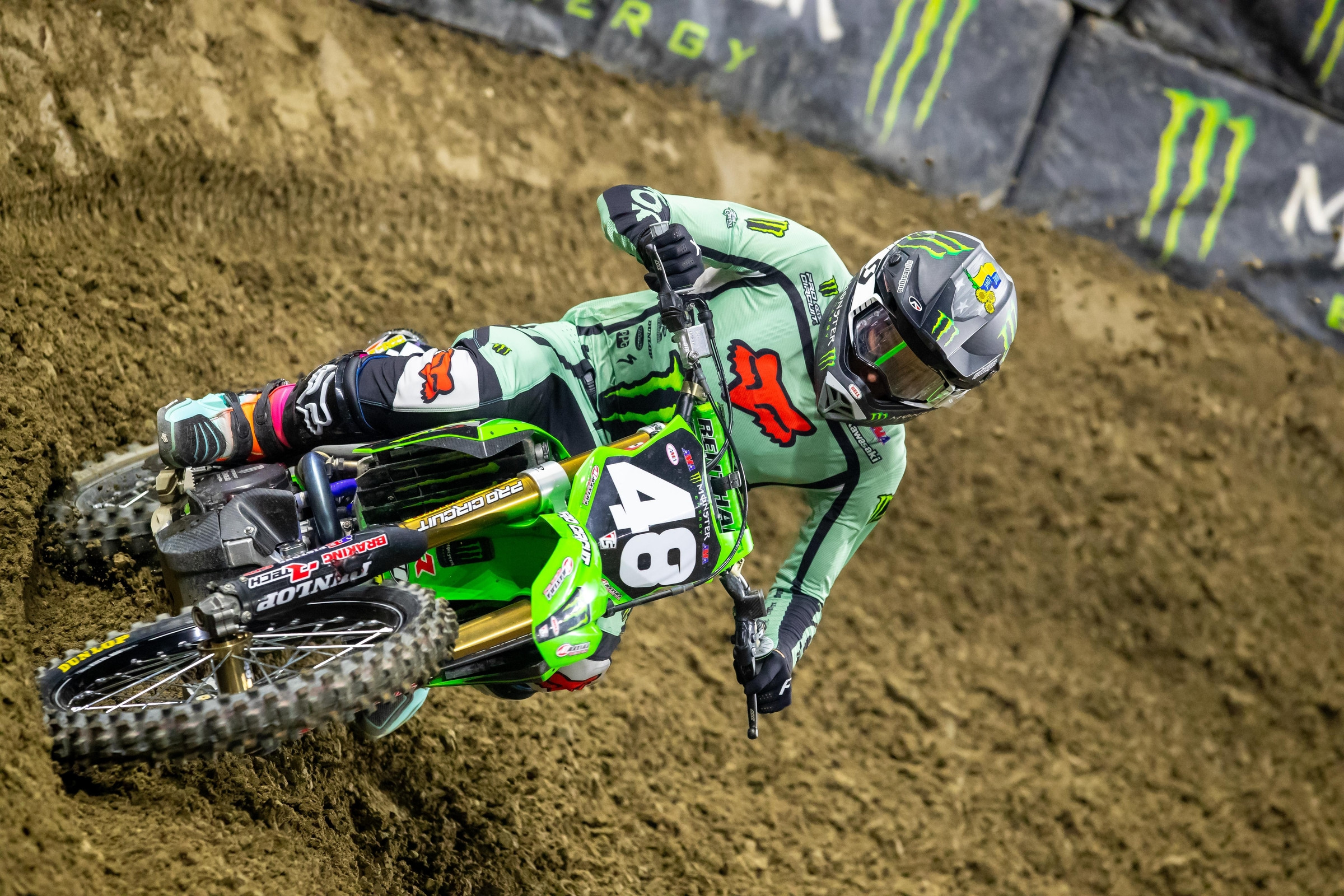 This one hurt in a number of ways. First, there’s the pain associated with any injury, although we doubt Cameron McAdoo was even concerned with that. He had just suffered an AC joint separation on press day at St. Louis. Pain? He probably didn’t care. The real reason this hurt was that McAdoo was in the hunt for the 250SX East Championship, eleven points down on Jett Lawrence coming into the event. Sure, Lawrence is the high-flying dynamo of the 250 set, but he’s not perfect. Jett made mistakes the last time the Triple Crown format was used in Minneapolis, and sure enough McAdoo took the overall. Lawrence would err again in St. Louis, opening the door for RJ Hampshire. McAdoo could have been in this…except he was out of it.

It hurt even more than just pain or points, though. McAdoo has been trying to prove to himself, first, and then the world, that he can be consistent. Heart and effort have never been the issue. He’s been trying to smooth out and ride smarter. He even feels like last year he kept it pretty cool. He got tenth in Arlington, and then he had that one wild, unforgettable week in Atlanta where things completely unraveled. Six solid races and three rough ones. Could he get closer in 2022? Thus far, he didn’t look sketchy. He didn’t look wild.

But press day got him and now this title looks completely different. Lawrence’s points lead is now 34 points and McAdoo won’t be back this weekend to make it any closer. McAdoo’s quest to show his consistency will have to go on to another series. It almost happened this year, but one small mistake brought it down. That’s what hurts the most.