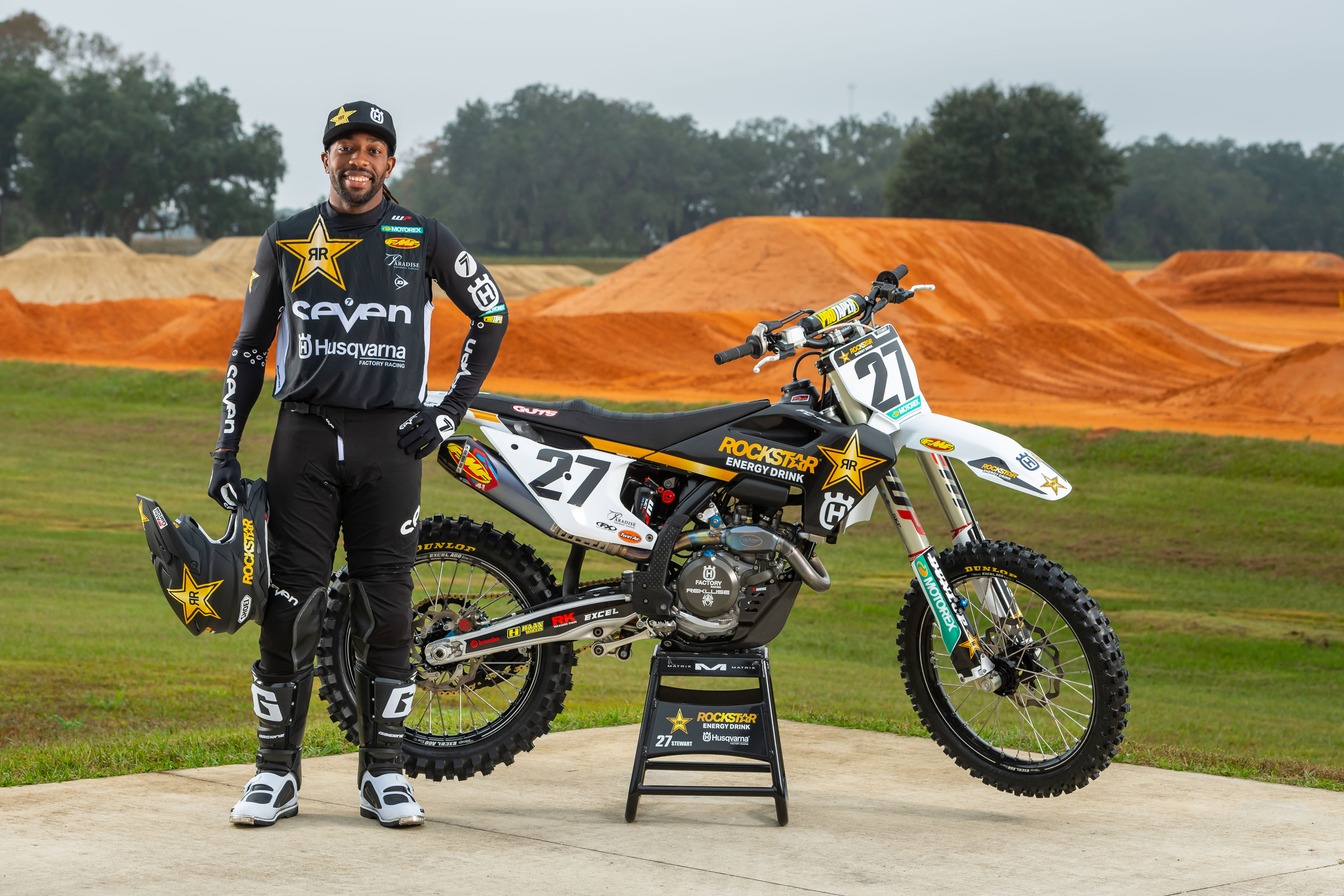 Last week we ran a List of big 450SX storylines to follow as 2022 approaches. After all, is there a better time of the year to gear up and go bench racing than when the field is as deep as it’ll ever be and everyone is tied in points? The answer: no, there isn’t. Thinking about what might happen in a rapidly approaching year is almost as much fun as watching what actually plays out! So with that in mind, here’s Part Two of last week’s The List, with key storylines to think about as the new season gets closer.

Team Honda HRC: We already talked about Ken Roczen in Part One last week, but there’s even more going on in the red pits than that. That’s news in itself—since joining the team in 2017, Roczen has always been the main story at Honda, but with Chase Sexton and the Lawrence brothers in the fold these days, everyone on the team is getting buzz.

Further, Lars Lindstrom, has taken over the position of team manager following the retirement of Erik Kehoe. Lars is a longtime Honda man and the son of legendary former pro racer and Team Honda manager Gunnar Lindstrom. That doesn’t mean Lars inherited this job with a silver spoon. Lindstrom literally grew up sweeping the floors in the Honda race shop and has done just about every job there imaginable, from taking out the trash to mechanic work to serving as crew chief, and everything in between. He’s also a former pro himself and is darned fast on a motorcycle, so he knows what riders need, and more importantly, what makes them tick. It will be interesting to see how the big red machine will fare with Lindstrom at the wheel.

Now it’s on to Sexton. As a 450 supercross rookie, he showed flashes of speed and impressed the big names. Remember when Eli Tomac seemed surprised at the pace of Sexton and Adam Cianciarulo after the checkers flew at Houston 2 last year? Coincidentally, that was the same race in which Sexton crashed and hurt his shoulder, which caused him to miss six races. After that his results were up and down, but he did take second back-to-back at Atlanta 1 and 2 and coulda’ shoulda’ woulda’ won one of those if not for a lapped rider incident. Then he led most of the final race of the year in Salt Lake City, only to get eaten up by Cooper Webb at the end. Hey, it’s happened to the best of them. Sexton should be even better with a year of premier class experience under his belt in 2022.

El Hombre: Since winning the Monster Energy 450SX Championship in 2018, things have been relatively quiet for Jason Anderson. A practice crashed knocked him out of most of 2019, and while he wasn’t bad in 2020, he didn’t have the same championship form he had in 2018. In fact, he hasn’t won a race since March 3, 2018, in Atlanta. Anderson no doubt hopes things will be different this year, and to an extent, they already are. Anderson is no longer with the Rockstar Energy Husqvarna Factory Racing, the only team he’s ever known as a pro (even his early pro seasons were on a Suzuki, but for that same team). For 2022 he will start the year off fresh with Monster Energy Kawasaki alongside Adam Cianciarulo. We’ll see if his changes off the track translate into changes on it.

Justin Barcia: Can the Red Bull GasGas rider do it again?! Be it a blessing or a curse, Barcia has earned the reputation of coming out of the gate with both barrels blazing at the first supercross of the year—he’s won the last three in a row! And whether he likes it or not, everyone is waiting to see if he makes it four in a row on January 8. But there’s more to a season than winning the first race, and Barcia would happily trade a win at round 1 if it meant picking up a few additional wins later in the season and staying in the championship hunt. He’s even remarked that he’s been a one-trick pony, and that he doesn’t like it. So while the season opener is a big story for Barcia, the larger one is whether he can pick up a few wins down the line, and stay relevant in the championship down to the wire.

Malcolm Stewart: Stewart has been in the 450SX ranks since 2017 but it sure looks like he’s starting to find his stride. In his first two years in the 450SX Class he only broke the top ten six times and a broken femur sustained in Glendale took him out for most of 2019. In 2020 things started to turn around for Stewart and he was in the top five in three of the final five races. He backed it up the next year with Monster Energy/Star Yamaha by putting together the best season of his career, logging a stack of top fives and even snaring a podium at Salt Lake City 1 to end up sixth overall in points. On paper he’s riding a big wave of momentum, armed with Aldon Baker training. His new team, Rockstar Energy Husqvarna, is betting on him big in 2022 as their best hope for getting wins in the 450SX Class. Mookie Fever? It could be spreading rapidly in January.

Marvin Musquin: Red Bull KTM’s longest continuous rider is coming back for another season of Monster Energy Supercross. He’ll be thirty-two when he lines up, but you’d be hard-pressed to know he’s in the 30-plus crowd by his riding. Musquin has been a threat to win for years, and even though he had a mercurial season in 2021, he didn’t let the checkers fall on his season without winning at Salt Lake City 1. He ended up ninth in the standings, far below what he’s been able to do in the past, but he still had some highlights. He also didn’t have the benefit of a previous season’s experience—he missed 2020 with a knee injury. We’ll see if Musquin is able to continue producing the same, rock-solid results he’s been earning for so many years in what could be his final year with Red Bull KTM.

Comeback Kids: There’s so much hype around so many riders that it becomes easy to forget riders that have gone through the tough times and need to get back on the podium radar. That includes a pair of teammates on the Rocky Mountain ATV/MC-KTM-WPS squad in Joey Savatgy and Shane McElrath. These guys were once battling at the top of the 250 ranks, right there with guys who are super-hyped on 450s today. Remember Savatgy versus Webb? McElrath versus Sexton? This duo is in for a rebuild and hopes 2022 serves as a reminder of their potential. A third teammate over there is Max Anstie, who was quietly effective when he rejoined the supercross pack last year. Even against a deep field, these riders hope to have the power to surprise, and then remind everyone that it shouldn’t have been very surprising at all.