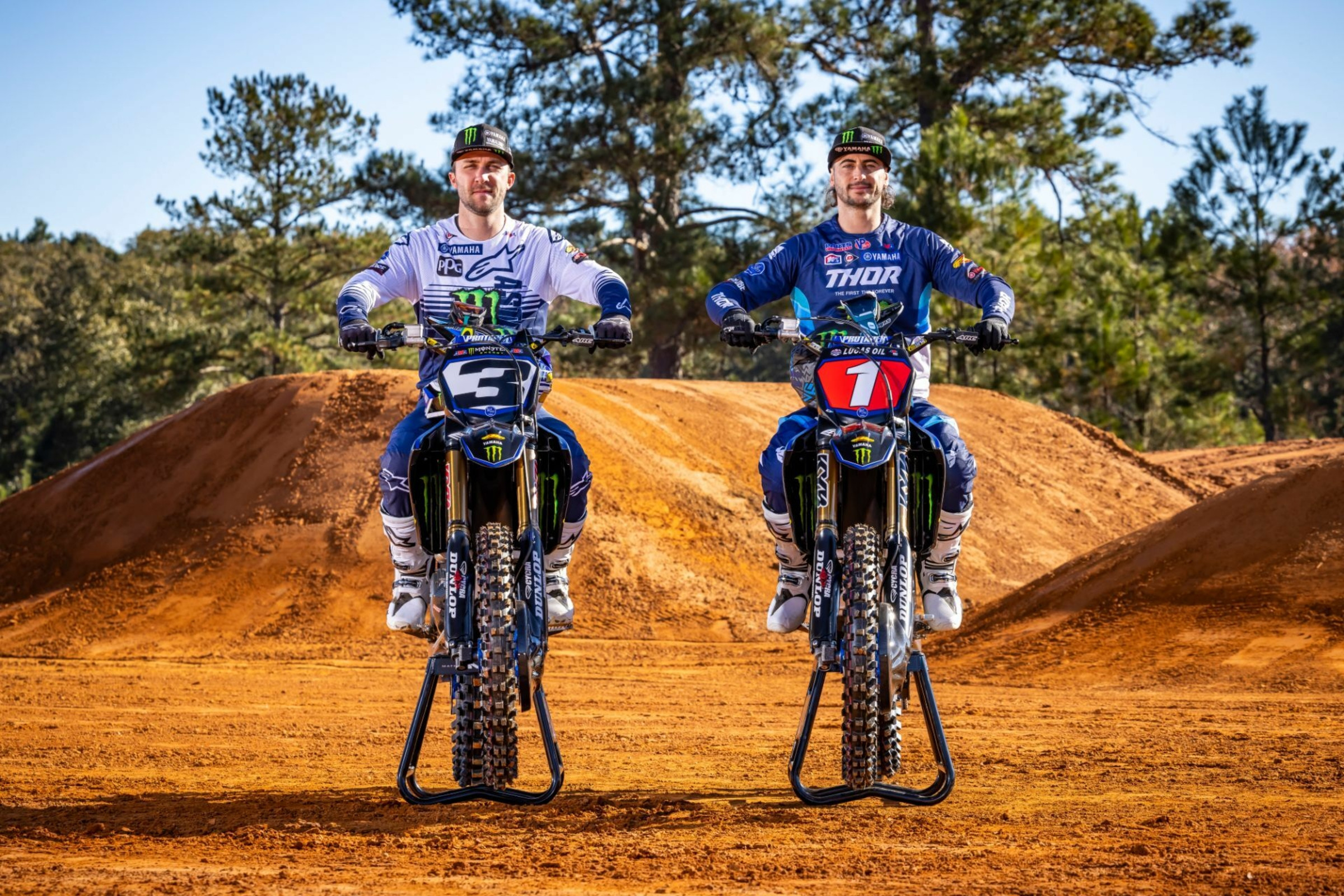 So, it’s time to start the bench racing. Here comes 2022 and along with it comes the classic round of #deepfield and that feeling of the great unknown. Anyone can win, right? Well, not really. It never turns out that way. But those feelings of parity and uncertainty in the run to round one are exciting, and we’re going to celebrate them.

Here are key storylines for 2022. There are so many we’ll be dividing this into two parts, so there’s much more to come.

Eli Tomac to Yamaha: Let me not mince words: The question that will be asked most coming into Anaheim will be, simply, “How do you think Eli will do on the Yamaha?”

A big name making a big team switch is a classic off-season storyline, but this one feels different. Veteran champions switch teams to change scenery or get one more big paycheck, but Eli is adamant he made this switch to satisfy a competitive curiosity. Kawasaki made an offer to him to return. That was the safe route. But what if there was something even better out there? That’s the gamble he’s taking. Eli knows this is no guarantee, but he didn’t want to end his career wondering. Now this prospect looks better since Star Racing has had success with its 450 venture. Last December, no chance anyone thinks a Monster Energy/Star Racing YZ450F could be better than a Monster Energy Kawasaki KX450 in supercross. Now? Well, at least it’s up for debate.

Star has proven its philosophies can translate successfully to the 450 class. But can Tomac actually take a step up at this stage in his career? Can you really do better than the factory Kawi unit, which has had success nearly uninterrupted for 30-some years? We’re just glad Eli is trying to find out because it makes for a fascinating storyline.

Cooper Webb Defends: There will be much attention on riders switching teams or trying to step up, but the winner of two of the last three supercross titles is still here, still healthy and ready. Cooper had few flaws in his game in the second half of supercross last year, so he’s gonna be tough to take down. There are a few questions, as he switches to an all-new KTM and also goes away from Aldon Baker’s facility to work with former pro Michael Byrne. Will the changes make him better or worse? Or does this even matter? Webb’s the champion and his mental toughness, racing smarts and tenacity will make it hard to unseat him.

Ferrandis and Momentum: We just can’t help ourselves. A guy crushes it in Lucas Oil Pro Motocross’ 450 class, and we wonder if that will transfer over to the next supercross season. That’s Dylan Ferrandis’ position for 2022. How can you not watch him topple the likes of Webb, Tomac and Ken Roczen for three months and not imagine him doing it in the stadiums? Plus, Ferrandis holds two 250 Supercross Titles and showed good speed as a 450SX rookie. He’s got a resume in supercross.

You never know, though. Zach Osborne and Adam Cianciarulo went 1-2 in the 2020 450 Pro Motocross campaign and thus entered 2021 supercross with high hopes. Season ended up being a wash for both. Ferrandis is yet to even win a single 450SX race. Can he take a big leap in his second 450 supercross season? Huge, huge question there.

Aaron Plessinger to KTM: Plessinger improved massively in 2021, so he’d get attention even if he had not switched teams. Joining Red Bull KTM and leaving Monster Energy/Star Racing Yamaha just adds intrigue. There was a time, thanks to the massive bump Webb got when he switched from Yamaha to KTM for 2019, where such a switch was looked on lustily. But tracking Star racing’s improvements, which included Plessinger getting much better in 2021, makes it harder to say if going to KTM will be an instant jump. It’s probably safer to just say that Plessinger was on an upwards trajectory on the 450 anyway. The next stop is getting his first 450 win. When that happens, the floodgates usually open. That’s the big mark Plessinger is chasing for ’22.

Time for Adam Cianciarulo: With Plessinger, you’re simply following the usual rise as proven 250 riders move to the 450 class. AP’s first two 450 seasons were zapped by injuries, and he got better in year three. Adam Cianciarulo is entering his third year now, and that’s often the make-or-break moment. The greats usually get it figured out by the third year, and those that don’t usually never do. So, for Cianciarulo the pressure is on to turn potential into race wins. Cianciarulo won the Monster Energy Cup in his first-ever 450 race, then finished a close second at his Anaheim 1 debut in 2020. Since then, he’s had just two 450SX podiums. You all know the story: he’s got the speed, but he crashes too much. Year three is often when riders start to figure out how to fix that, but there are no guarantees at the highest level. He, Plessinger and Ferrandis are part of a big pack of riders hoping to get to the next level in 2022.

Don’t Forget About Kenny: Last year Ken Roczen had the series lead and eventual championship ripped from his hands by Webb. This led to much talk about Kenny’s heart and/or mental toughness, leaving question marks on his ability to finish a championship. Those questions will remain, but you still have to account for him beating all but one rider in the standings. If you strip away the psychological and physiological mumbo jumbo, you still have a rider who can win races at any time. You still have a rider who finished the series third in 2020 and second in 2021. Kenny will be plenty fast and good in 2022 and being that good just puts you in the title hunt no matter what. Heck, Kenny returned to pro motocross this summer saying he would start slow, yet there he was winning races and holding the points lead early, as per usual. Is Kenny the top pick to just demolish everyone for 17 rounds this year? No. But he’s good enough to stay in the hunt, and sometimes that’s all it takes.