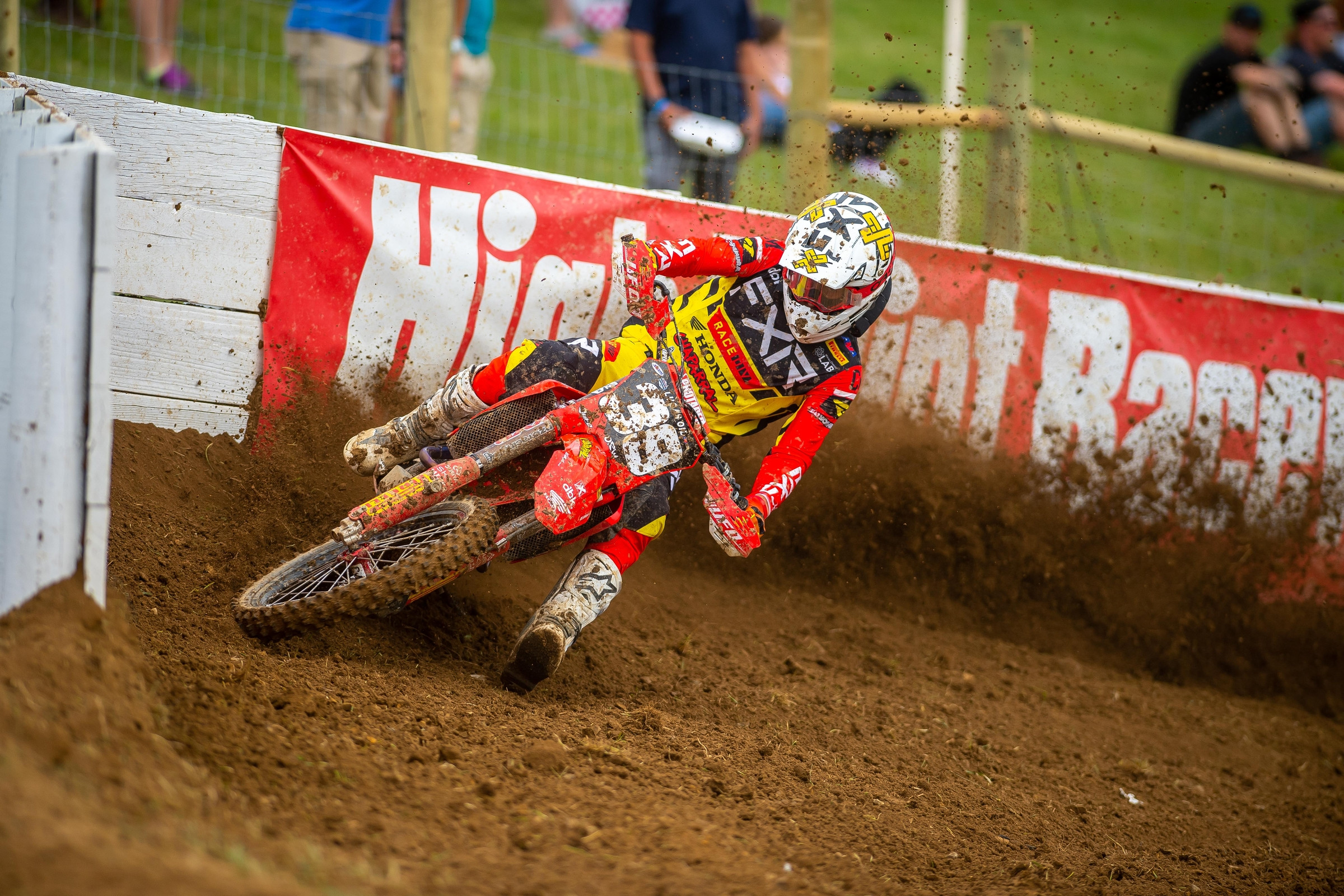 I’ve been harping on this point all season. With the 450 class of both Monster Energy Supercross and Lucas Oil Pro Motocross bursting at the seams with talent, it’s led to great racing and fun battles to watch all season long. The 450 class has also left a void in the 250s. With so many good 250 riders moving up over the last few years, it’s time for the 250 class to rebuild and create new stars. Dylan Ferrandis and Chase Sexton are just the latest to begin their 450 careers, Adam Cianciarulo is just in his second year, and the likes of Zach Osborne, Aaron Plessinger, and Joey Savatgy are only in year three. Sadly, his name hasn’t been on the radar much this year due to injury, but Shane McElrath is new to the 450s this year, also.

With so many established 250 race winners now gone, it’s left the door open for new winners. We’ve seen in in spades. Six riders took their maiden supercross wins this year: Jett Lawrence, Hunter Lawrence, Cameron McAdoo, Jo Shimoda, Nate Thrasher, and Seth Hammaker. Now we have another career first via Jalek Swoll, who took the High Point overall last Saturday for his first career win. Heck, even the champions are new, with Colt Nichols and Justin Cooper scoring their first number-one plates in supercross. With Jeremy Martin out of title contention now outdoors, we’ll see a new champion again at the end of this motocross campaign. Career first have become the new currency of the 250 class.

High Point was highlighted by Swoll’s win, but he was not alone. Many riders surely woke up on Sunday to a stream of “you crushed it!” texts on their phone. These aren’t all career bests, and they’re not all straight-up race wins. But they’re big results for the trajectory of a career.

Ty Masterpool: The seventh overall at High Point is not a career-best for Masterpool, who finished sixth at RedBud in 2019. But he was on a factory Monster Energy/Star Racing Yamaha at the time. Now Ty is on a privateer on a GasGas, and he’s getting back on the radar as one of America’s rising talents. He was dropped by Star after last season, and there were also a lot of questions about Ty’s willingness to ride—and skills in—supercross. His first supercross season this year started rocky when he missed a main, but he started improving rapidly before an ankle injury ended his season early. Ty’s back to his old speed outdoors, and anytime you put a privateer bike into the top 10 in the 250 class, it’s impressive.

Dilan Schwartz: Schwartz now has back-to-back top 10 overalls after ninth in Colorado and Pennsylvania. Yes, we will make the requisite “he’s doing it on a Suzuki RM-Z250!” mention here. High Point represented a new career best when he took second in moto one.

"Moto 1 was awesome,” said Schwartz. “I got off to a decent start and made some passes to get up front with the top guys. I got to run with them for a while, which I felt benefitted me a lot.”

An early crash in moto two hurt his result there, but at this level it’s just about proving you have speed. Dilan is doing that.

Garrett Marchbanks: This continues to be one of the pleasant surprises of the summer. Marchbanks, who has missed the majority of his scheduled pro motocross starts throughout his career due to injury and got carted off at High Point two different years on the same section of track (!) ended up with a career-best finish of fourth in the second moto this year. He also had the fastest lap time of anyone in the second 250 moto. Marchbanks’ supercross season was good, but not spectacular, but he’s really showing the talent and potential he was once known for this summer. He sits sixth in points right now.

Carson Mumford: Look, let’s all just forget about Mumfy’s supercross debut season, which was filled with too many DNQs. Moving along, Mumford is now working with Davi Millsaps, and he’s starting to find his groove outdoors. At High Point he got a good start and took a seventh in a moto, and tenth overall with 13-7 scores. Carson had one moto finish better than that in his rookie year last year, but that was a fifth in the hellacious Loretta’s mud race. This is legit.

Jalek Swoll: He won. His previous best in a moto was a sixth. He’s the seventh rider to get a career-first win this year. Get used to seeing breakthroughs in the 250 class!