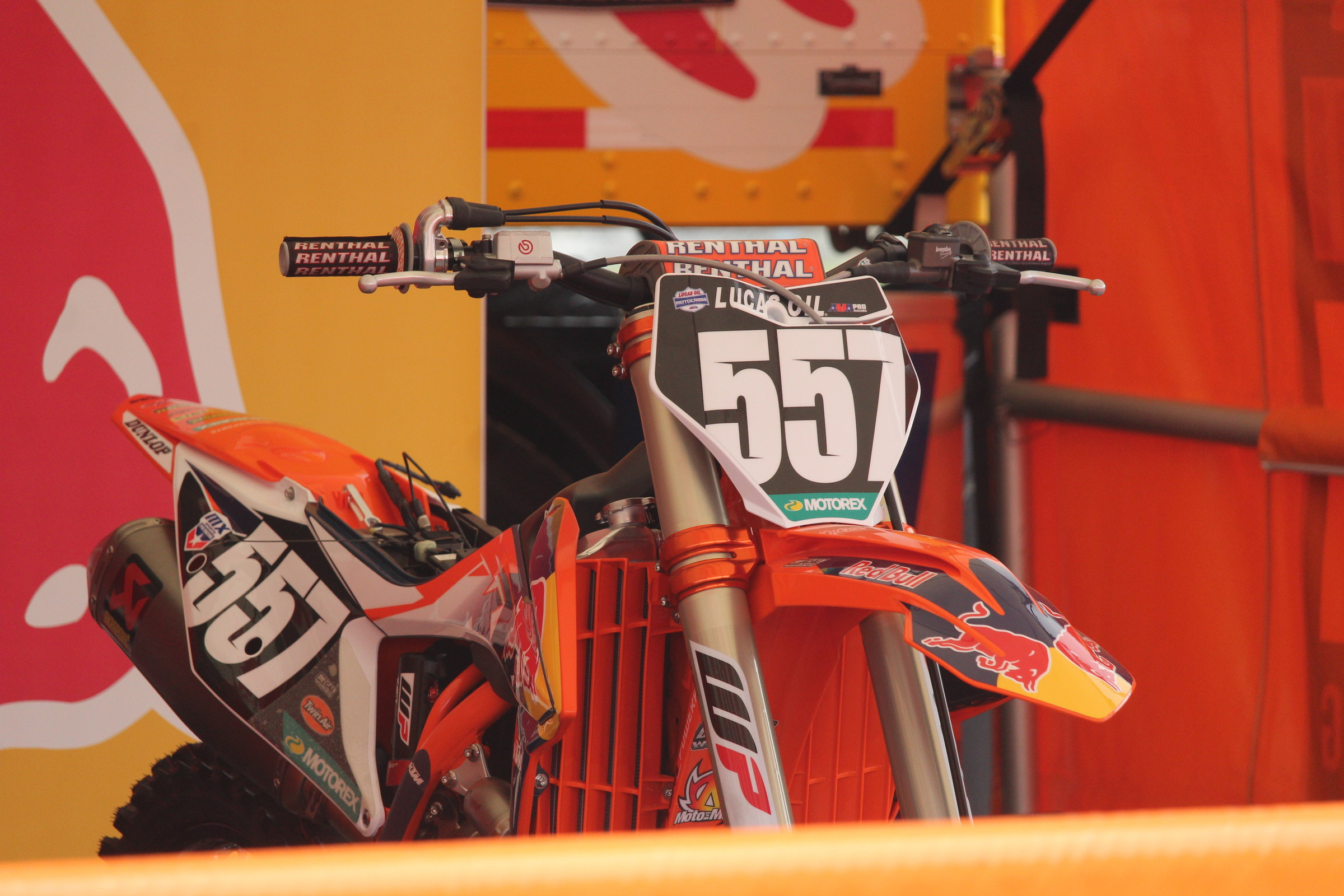 Heading to High Point this weekend? Be sure to pack your board shorts and flip flops, but also an umbrella and raincoat. The weather at this place can be seriously erratic! It can be dumping rain one moment, only to be sizzling and steamy the next. This means track conditions change often as well, and if weather plays a role in this Saturday’s action, expect the track to come down with a case of multiple personality syndrome. –Aaron Hansel

Before Jeremy Martin crashed out of the series in the second moto at Thunder Valley, there were three riders, Martin, Justin Cooper, and Jett Lawrence, who were becoming the main characters in the championship plot. Now it seems like it’s just Cooper and Lawrence, but that could easily change if anyone is able to step up their game and get in on the action up front. Will anyone crash the Cooper-Lawrence party at High Point, or will the distance between them and the rest of the pack get even bigger? –Hansel

Jo Shimoda was quietly very, very good at Thunder Valley. The Monster Energy/Pro Circuit Kawasaki rider was fourth via 6-4 moto scores, which he earned the hard way after getting out of the gate poorly in both motos. Only his second pro season, Shimoda doesn’t exactly have a reputation for crushing it at the nationals, but if he’s able to power through the pack like that and get some better starts at High Point, his outdoor stock is going to spike. –Hansel

Eli Tomac. Marvin Musquin. Cooper Webb. Three of the biggest names and most accomplished riders in this field. Yet, they’ve combined for a single top-five moto finish in four motos so far, which was a fifth for Webb. That’s it! No podiums! No threating for race wins. This is an alarming drop in the expected performance for these three, but four motos is a small sample size. Will a weekend off and a different track lead to a turn around? It might be the biggest story of the weekend if it happens or if it doesn’t. – Jason Weigandt

RJ Hampshire is very close to being one of the guys we can expect to consistently battle for podiums and overall wins, and it’s not a lack of speed that’s preventing him from doing so. After all, he was third in the first moto at Fox Raceway and third in the first moto at Thunder Valley. It’s his second motos that have been the issue—he was ninth at round one and a crash at Thunder Valley relegated him to 19th in the second moto. For Hampshire, avoiding the mistakes is the key. If he can clean up those second motos he’ll be in the hunt up front. –Hansel

At this point we’re past the point of wondering if Ken Roczen has his legs underneath him after not racing last summer. The answer to that is a resounding yes, as evidenced by winning three of the four motos this season. The question now is, will he maintain this superiority in speed all season, or will some of the other heavy hitters in the class be able to catch up? With all the talent in the class, it will be hard to keep winning, plus Roczen has started many series strong (he was the points leader heading into High Point in 2019). Will he paint the track red yet again on Saturday? –Hansel

Dylan Ferrandis’ results so far this season speak for themselves—he won the opener and went 2-2 for second overall at Thunder Valley. But there’s more going on here than just brilliant riding. At Thunder Valley Ferrandis passed Roczen for the lead, then had a problem with his rear brake and was still able to finish second. In the second moto he powered his way to second place again, this time overcoming a bad start. He passed about eight huge names to do it. In other words, Ferrandis doesn’t necessarily have to have things line up perfectly to do well, which is going to make him hard to beat this weekend. –Hansel

Aaron Plessinger is getting much better results on a 450 this summer than he has in previous years. That’s easy, though, because he missed most of 2019 and all of 2020 with injury. But this is about more than just showing up. Aaron sits third in points! He challenged Roczen for a moto win (and the overall) at round one and was solid at round two. Plus, the man raised in the mud of the Grand National Cross Country Series admits the harder, drier tracks at the first two rounds are not his favorite. If High Point develops ruts, he’s going to be even better. And if it rains? Look out. –Weigandt

Don’t You Forget About Me

Ferrandis and Roczen have all the 450 moto wins so far, but Chase Sexton nearly won the opener. Like really close. A late-race charge came up a scant .1 seconds short of Ferrandis at the line! Sexton’s second moto was wiped out with a first turn crash, and his starts were not good in Lakewood, but at that race he admitted “I sucked today.” The first-lap position really ruined any chance, though. Meanwhile, Sexton’s riding partner Adam Cianciarulo has the opposite problem. He’s fast early and his starts are on point, but he hasn’t held on for 30 plus two. These kids have the speed. Can they break the Kenny/Dylan streak? –Weigandt

Grand National Cross Country legend Kailub Russell will make his season debut this weekend about his Red Bull KTM in the 250 class. Russell broke his jaw practicing for his much-anticipated jump to Pro Motocross this year and was unable to make it to the opening rounds of the series as such. Russell has proven his outdoor prowess when he raced Unadilla in 2018 on a 450 and rode tremendously well, but he might get an even bigger boost this weekend if it rains like the forecast shows. Look for Russell to be the biggest wild card of them all this weekend. –Kellen Brauer