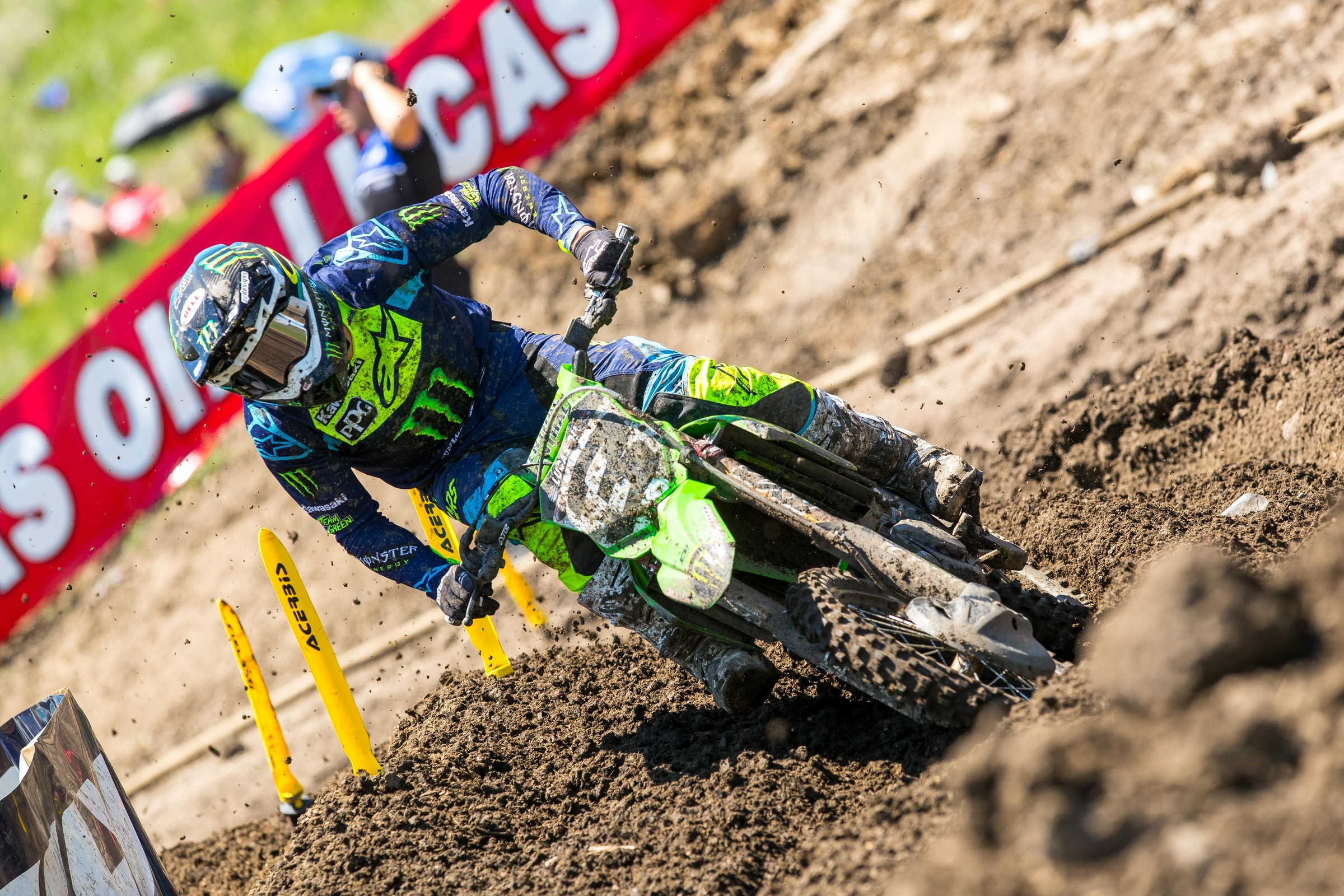 Some recent statistical analysis shows Jason Thomas as fourth all-time in career moto starts in 450MX (also, the old 250 two-stroke) class. That's a lot of experience! As usual, we fired off some questions to JT$ to collect his thoughts on the Lucas Oil AMA Pro Motocross Championship.

If Ken Roczen truly is still "building" back into a comfort level with motocross, how worried should the rest of the field be?

I think that narrative can be put to rest. While Kenny may have felt less than comfortable in pre-season testing, the level he has shown in the first two rounds negates any of that for me. As far as his preseason lap times, I think this was a combination of his teammate Chase Sexton hitting his stride before the season while Kenny was just warming up. A bad day of testing where Sexton flexed his form led to a few doubts creeping into Kenny’s mind, especially after the way supercross ended. After Kenny won that second moto at Pala, though, the “disconnected” stuff was forgotten.

It's been a rough start for several top riders in the 450 class, but do you feel there is truly anyone among the Webb, Musquin, Tomac, Osborne, etc. group that is already completely out of title contention?

Unfortunately, yes. I believe that Osborne is out of it because of his back issue. I can’t imagine him fighting through that, as well as the huge points deficit he already faces. The others are a bit iffy but I don’t think Tomac turns this around, either. He is 44 points down and has shown zero signs of figuring it out.

Smash it. Hit it with a sledge hammer. Those were arguably the two worst 450 performances of his career (mechanical failures notwithstanding). I don’t think I have ever seen him more befuddled.

Justin Cooper went 2-2 to win the overall but wasn't happy about not winning a moto. How much of that is frustration in the moment versus something that he might actually carry with him into the next rounds as motivation?

I think he is frustrated with being passed by others en route to moto wins but I don’t necessarily think this is anything different than his usual modus operandi. His strengths lie in his first lap positioning and his consistency. I don’t consider him to often be the “fastest” rider in many of the motos, even though he exhibits that ability in qualifying fairly often. There isn’t any shame in winning the overall without winning a moto. As long as the frustration is productive, he’s fine. Use it as fuel. Just don’t dwell on it as a negative.

Is there a clear favorite between Jett Lawrence or Justin Cooper for the title in your opinion?

If Jett was older, this wouldn’t even be close. I do think Jett will find himself in a precarious situation at some point in this season, though. It’s just very difficult for a 17-year-old to string 24 motos together without some sort of learning moment. It’s certainly possible but I like Justin Cooper’s experience in this scenario. Jett has the speed edge and will win more motos but I just have a sneaking suspicion that he has a few tough motos somewhere along the way.

If you're Jeremy Martin and you've gone through the injuries he's had in the last five or so years, and now this happens again right as another season starts, how are you feeling mentally?

It can’t be easy. I had him as the favorite to win both the 250 West series and this Lucas Oil Pro Motocross Championship. He has now crashed his way out of both. Despair won’t solve anything, though, so he will need to find solace in the fact that he is the favorite in both series again next year.

There was so much talk about track prep this weekend. While it's not ideal to not rip it deep or flood it in the morning at every track, is this something the track crew should take note of for future Thunder Valley Nationals?

I liked the different approach to track prep. I think we can mix it up when the weather allows. Riders should be challenged in a variety of conditions and surfaces. I think that tracks like RedBud and Millville are prepped exactly the way they should be and I understand people love those tracks, but we don’t have to force every round to look and feel the same. Hangtown has some of the hardest dirt in America but you wouldn’t know it if you have only been around the sport for a short time. Let’s let the tracks show their true colors a bit more.