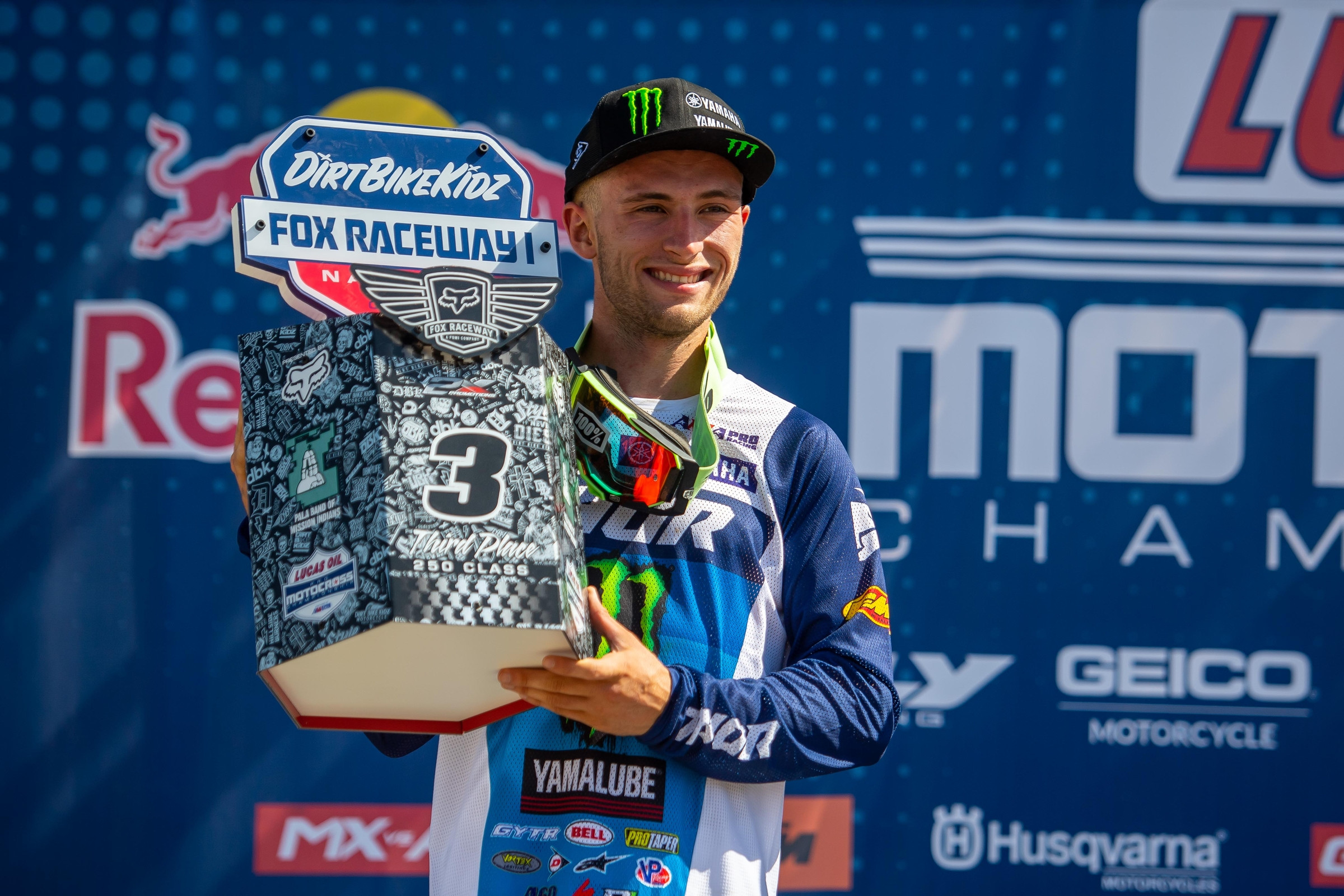 Justin Cooper has always been a threat for podiums and moto wins in the Lucas Oil AMA Pro Motocross Championship, but last year saw perhaps the roughest start to a season he’s ever had. With two bad rounds at Loretta Lynn’s, Cooper’s championship hopes were gone before we really even got started. Now fresh off a 250SX West Region title, Cooper was focused on starting his Pro Motocross season on a good note this year, and he did just that. Finishing third overall on the day with a couple strong rides, Cooper now eyes winning next time out at Thunder Valley. He spoke with the media about his day via Zoom after the racing on Saturday.

Racer X: Justin, you mentioned on Tuesday that there was a little bit of a potential supercross hangover, not really sure how quickly you would acclimate. Your first moto probably wasn’t exactly what you were looking for, but you bounced back in a big way and got the start you needed in moto two and led most of it. You and Jeremy kind of took control early on. You come home with a third overall. Are you satisfied with your day? Are you happy with how it started? What is your outlook now that we start moving forward?
Justin Cooper: For sure. I’ve heard a lot about this supercross hangover, and I was kind of worried about it, so I got right into training for outdoors. The first moto it was kind of embarrassing for me. I kind of just fell back. I pulled it together there at the end because I was going back to like 12th area. I pulled it together and got up to the top five. The second moto I got out front and that was pretty good for me. I just tried to run the pace for as long as I could. Those guys were definitely all over me. It was a different sounding pipe every lap. It was a good battle. I’m really pleased with how the day went. It started off pretty mediocre, but by the end we were able to find our flow. I think we’re going to be right there with these guys. Just can’t let the points get too opened up. I already got eleven, so definitely got to close that up going into next weekend if we want a shot at this title, and that’s what we’re here to do. Going into next weekend it’s a good track for me. I won there last year. [I’ll] try to get back up there on the top step.

The track was pretty brutal. I don’t even know how you could find a good setting for the way the track was today. What is something that you and your mechanic Josh [Ellingson] can take away to improve for next week? Was there anything that you just picked up on that can get better next week?
We’re trying to stay right now with the setting that we know. Where we ended up last year is kind of where we are now. Just trying to not change the bike that much and adapt to the track and stuff like that. I think once I start looking too much for something better, it’s like a downhill effect for me. Just stick to what we know. We made a little change right after practice going into the motos. It was pretty deep, and the track was pretty tough, so just wanted to calm the bike down a little bit. But other than that, we’re trying to stick to the plan of just keeping the bike the same and adapting to what we have at the tracks. If it’s really bad, then we’ll make a major change. Today the bike was solid and I kind of did adapt to it from moto one to moto two and just rode a little bit better in the second moto. Looking to carry that into next weekend and give these guys more of a fight.

If history is any proof, the Yamaha typically seems to have the most horsepower of all the 250s. Going to elevation next week, any added confidence or anything like that for next week?
Yes. I think any track that you’ve won on, you’re excited to go to. Our bike definitely excels there, I feel. I just gel with that track. I love going there. I like everything about it. It’s one of those tracks I look forward to. Definitely looking to give it a good fight for the win. Definitely was a good day, though. I’m really stoked on how it went and how I turned it around. Going into that track, definitely excited and definitely want to look forward to it on the calendar, for sure.

Howimportant is it for you to start the season with a podium? Just getting those points early, starting off on the right foot, like you said coming off of a supercross championship?
It’s definitely huge. That was my goal coming into this. Obviously, I want to win, but the way I rode today that wasn’t going to happen. The first moto, I don't know what was going on, but I was just going backwards. Came around halfway through and kind of had to talk to myself like, “What are you doing out here? You can’t be doing this if you want to be a title contender.” I would like to redo the first one, but I was glad to turn it around for the second one and at least battle with those guys for a little bit. They were keeping the pace hot for sure. I just didn’t have the right lines in a couple sections and those guys got me in the same section. I would say that was my bad side of the track. I felt really good on the bike, especially in that second moto. It was a good rebound from the first one. Really just looking to give those guys more of a fight.

Below is the full post-race 250 Class press conference: