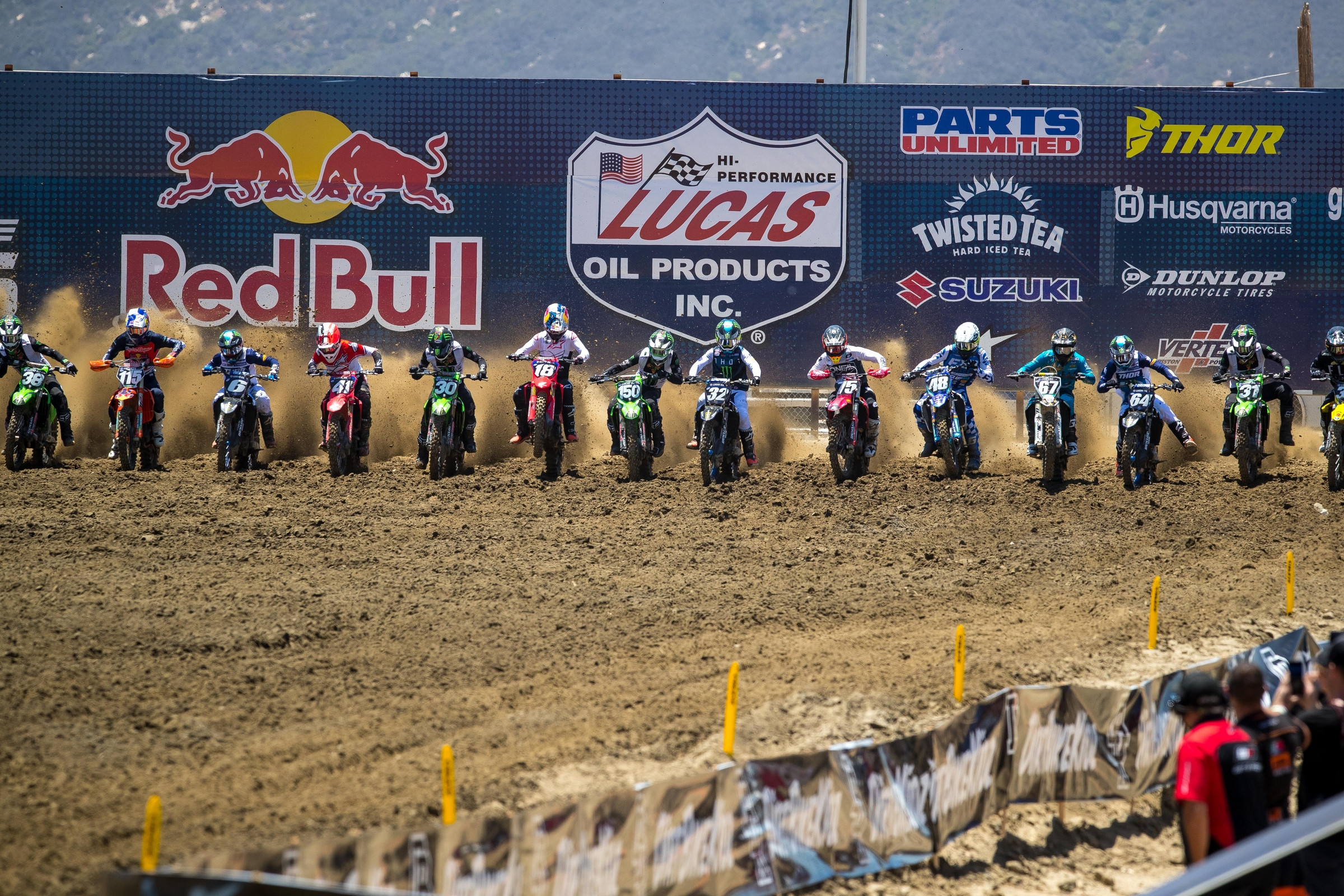 The 12-round 2021 Lucas Oil AMA Pro Motocross Championship kicked off over the weekend with the Fox Raceway 1 National, leaving us with plenty to talk about. As such, we fired some questions off to long-time pro racer Jason Thomas to see what he had to say about the weekend.

The first round is always so crazy, but did we actually learn anything about the next 11 rounds in either class?

It’s always tricky trying to draw conclusions from the opener, especially when it’s at a track like Pala. With so many riders using Pala as a practice track, the results can be skewed a bit towards the local crowd. The soil is also very much “SoCal” which some riders just don’t find their highest level of comfort with. Points were earned and bonus checks will be cashed but as far as 12 round trends, I do my best to avoid forming opinions.

Marvin Musquin, Cooper Webb, Eli Tomac, Zach Osborne, and Adam Cianciarulo occupied the 7-11 results overall on the day, but which rider of this group left the opening round the most frustrated with the result?

I could probably make a case for everyone in this group (I really should have been an attorney) but I will go with Adam Cianciarulo. The main reason for my choice of AC is that he was in position to jumpstart this series, sprinting off to a nice lead in the first moto. His six second gap should have given him an easy top 3 moto finish (if not the win) but his trip over the bars relegated him to salvage mode. Between the crash, arm pump woes, and rumored mechanical challenges, he turned what looked like a podium day into a quiet drive back to Temecula.

Having said that, I do expect to see the #9 leading laps again at Thunder Valley. That’s just who he is.

After some of his comments made in the pre-season press conference about his "disconnect" with motocross, how surprised were you to see Ken Roczen win a moto?

I was really surprised! I have been in the “I don’t expect a lot from Roczen this summer” camp. I think the tough conditions will be tough on Roczen. I haven’t necessarily backed away from that but we also haven’t seen a 90-degree day with high humidity yet, either. Regardless of what’s to come, though, that win had to feel awfully nice for Roczen. The struggles in SLC surely left a sour taste in his mouth but champagne has a nice rinse to it.

There were a lot of questions surrounding Jeremy Martin's injuries and how it might hamper him coming into the opener. Do you feel that those questions have been answered?

I do but keep in mind, when a rider is injured, it only takes one crash or incident to send the situation spiraling. Injuries ratchet up the need for precision and perfection. It was reassuring to see him take a small tumble in qualifying, though. Maybe he will be able to manage all summer long but it makes life harder, no doubt about it.

What about Max Vohland's performance in the first moto impressed you the most? (The holeshot, how long he led, his demeanor after his bike let go, etc.)

By far the most impressive aspect was the pace he showed in the first half of the moto. Going in, I would have considered a top-ten pace to be a success. The 250 field has several riders that are all very similar in speed. I felt he would want to file in with that group and simply take this summer to learn what it means to be a professional. To my surprise, he jumped out front and seemingly had no problem with leading everyone around.

I will add one caveat, though. We have often seen rookies grab holeshots and do this very thing. My belief is that this dynamic stems from habit and familiarity. For years, these rookie stars have grabbed holeshots and run away to moto wins. The stage was different and the competition certainly less stiff but the mechanism remarkably similar. They have been programmed to execute one game plan and have gotten very proficient at it. If you give that rider the same circumstances (a holeshot), they know what to do with it. We have seen this same scenario with Josh Grant (2004), Justin Barcia (2009), Eli Tomac (2010), Zach Bell (2013) and surely others that I am forgetting. I will be much more interested to see what Vohland does when he’s surrounded by former race winners and they are all battling for 12th.

No, but that was a rough start. I believe he fell victim to the aspects I mentioned in the first question of this article. So many riders in the 250 class practice at this Pala track every week throughout the season. Having half the field feel that this is their home track is tough to overcome. He will get better as we move onto more traditional tracks that he knows well.

Percentage pie that Dylan Ferrandis and Jett Lawrence back it up at Thunder Valley or do we have two different winners?

I will say 40 percent for Jett (J-Mart, JC32, Hunter all can win) and 10 percent for Ferrandis. The 450 class is incredibly deep and I expect to see the veterans fight back next week. I don’t consider that a slight against Dylan, more a reflection on how many riders can win in the 450 class.

Fantasy winners and losers from the opener?

In the 250 class, there were big points to be had. Michael Mosiman and Garrett Marchbanks both scored the maximum of 100 points. The next four points scorers were more intriguing to me, though, as Jalek Swoll, Jarrett Frye, Max Miller, and Josh Varize all had nice days. Those four were not on my radar for various reasons (I did have Mosiman and Marchbanks, though). It’s always challenging to predict who will buck the SX trends when we step back into motocross. As for more disappointing results, Cameron McAdoo (injured), Nate Thrasher, Jo Shimoda, and Alex Martin all left their team owners unsatisfied.

The 450 class saw Ryan Surratt and Aaron Plessinger turn in a whopping 94 points, topping the field. Both were surprising to me but with wildly different handicaps, the circumstances certainly were also. Surratt used his hometrack knowledge to his advantage while Plessinger damn near won the overall with 4-2 scores.

The most compelling stat line in the 450 class was where Justin Barcia’s result landed him. His all-star designation means his maximum total was 50 points, usually not that ideal of a score for a rider. At Pala, though, that 50 point score was good enough to be the seventh-best pick. When considering how many points are up for grabs at the opening round, an all-star being the seventh highest scorer is a very unlikely scenario.

As for those underperforming, I point to Cianciarulo, Tomac, Osborne, Cooper Webb, and Joey Savatgy. That is a list of riders that most would consider rock solid. They all had their unique struggles on Saturday, though, leaving a gaggle of points on the table.