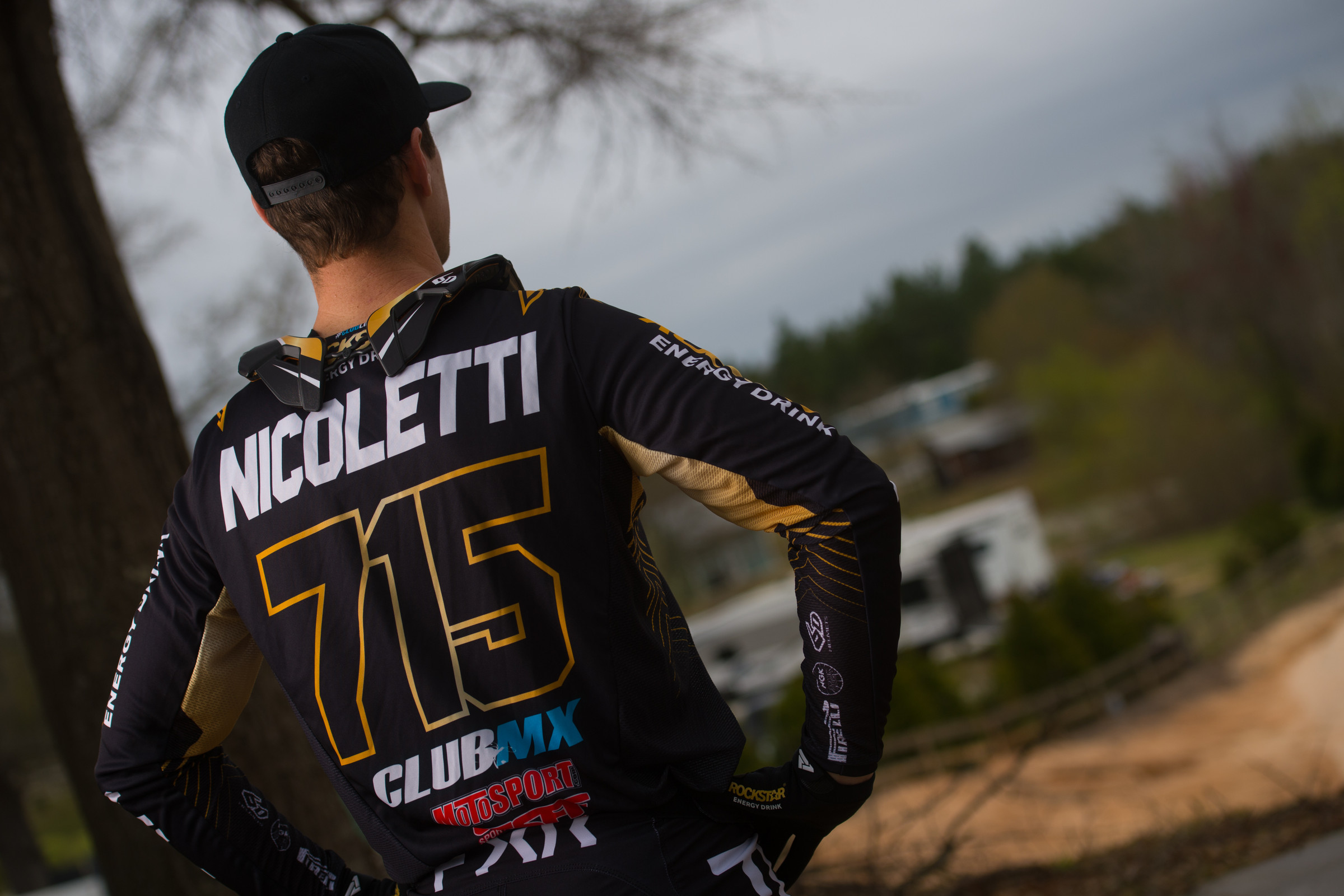 It's a Fun Filthy Friday! Here's this week's Q & A with our resident expert in all things, Phil Nicoletti. Phil announced his plans to race the Lucas Oil AMA Pro Motocross Championship this summer, but no worry, he'll still be here for all your important questions! Send your questions to phil@racerxonline.com.

What kind of hours does a pro racer put in on a practice bike in a week? Do you guys ride five days during a typical week? I assume most bikes have hour meters these days and I understand pro level bikes are likely getting engine and suspension service regularly due to a pro racers ability to punish their equipment. Do you guys put 10-15 engine hours on the bike in a week?

Keep up the good work, I enjoy the column.
Thanks,
Reed

Solid question, Reed. Obviously it depends what part of the season we are in. Preseason, most guys are three-four days a week. Personally, I’m only three days. Ten years ago I could handle four, but now I’m to the point we I just don’t want to and I don’t think it’s productive. In season I’m two days a week. People think Sunday is an off day after races, but travel destroys you. Some guys ride on a Monday after races, but I think that’s a bit mental. For the most part, it’s around one hour 30 min of actual ride time, but that’s quality riding. Most factory-level teams are 10-15 hours for motors, depending on 250F vs 450F. Suspension can be sooner, just to keep it feeling as fresh as possible like the race bikes. Obviously all that depends which level team you are on and how the funds are looking to maintain stuff.

I see you’re making a run at the Nationals. You have been on the bench a while now, so there’s got to be some rust there. You’re also kinda old, so there’s that. At this point, I don’t see you enjoying all that training and workout crap at this point. With that said, how do you think you’ll do …. over/under 15th? Also, since you haven’t raced the Nationals in a while, I’m also assuming you have a 3-digit number. What’s your new number and do you think you’ll ever get a two-digit number again?
The Stump Grinder

I was on the bench for awhile. I want to come back at your hard here but I have to admit I had some serious rust built up over the past few months since the last race I did. I also just turned 32, so that was a factor. During the time off, I never stopped cycling and gym. But let me tell you: that stuff doesn’t mean shit when it comes down to actually riding moto! You always forget how BRUTAL the sport is. It’s mind blowing! That saying “if you don’t use it, you lose it” never seemed so true. After the 3rd week back, I texted my old man saying, “this might be it.” But around the fourth week, a full EFFING MONTH INTO RIDING (!!!), it just started coming back. Just in tune with the ruts, bumps, longer motos etc. One thing that will help me this year is bringing in Dylan Wright as a new riding partner for the preseason. Dylan pretty much whipped us all up in Canada last year, he’s young and he hangs it out. This is awesome for me, having someone to go lap after lap with me. I needed a young gun, someone extremely fast and talented, that can push my limits. But at the same time, I can give him my speed and work ethic to keep him on his toes.

Look Grinder, that’s a bit of a dig at me to think I’ll be outside the top 15. Come on man! But I’ll take the criticism. Goal is to be 7-11 for the start. My number is 715. It was my rookie number back in 2006, also when I was privateer in 2012 when I came back from Australia. If I don’t get a two digit number after 24 motos I’m gonna ring you up and borrow your actual stump grinder and pulverize myself down to nothing. But I'm actually pissed you even asked if I could get one so I might just come find you first.

You train down at Club MX, which is funny because it’s mostly amateur kids at these places. So how do you fit in with today’s teenagers? Are you learning all the lingo? Do they even speak or is all communication via text or Snap Chat? Do any of them dare go to you for, um, fatherly advice for life outside of racing?
Ben

I don’t know what’s so funny about it? There are about 15-20 Pro’s there riding between SX and moto, and they have a pro team so it’s not all kids. But to answer your questions about the younger guys, I get along good with the ones WORK. I DO NOT get along with the ones quit, cry, run to mommy and daddy, or come up with the dumbest excuses on why they didn’t finish. The ones with ungodly amount of talent that let it go to waste, that pisses me off the most! Here’s what really sucks, they seem to be a dime a dozen. Can lead a horse to water but you can’t make it drink. The grind isn’t for everyone. I give my undivided attention to the ones that dig and try hard. Doesn’t matter if they run the same lap times or 10 seconds a lap slower. I appreciate the ones that have nothing, but give everything.