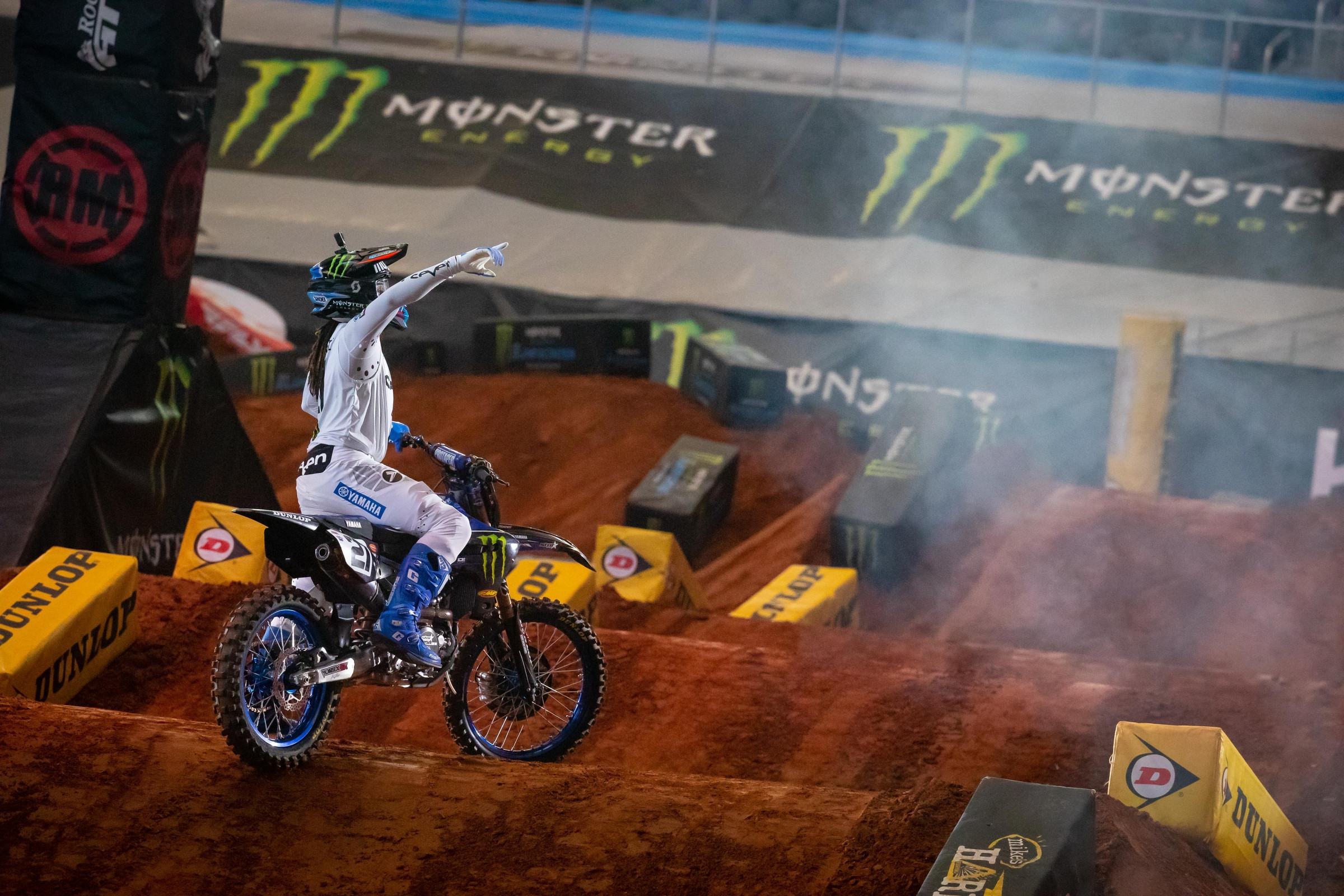 How does one classify Marvin Musquin? He lives in a void that only a few riders have, winning races against the best in the business, straight-up. He’s without that major 450 title, but much more accomplished than most riders. You’re in rare air if you can say you’re good enough to beat the best at any time, and Marv has done that. That’s also where the likes of Ezra Lusk and David Vuillemin live in history, although Marvin adds a little more outdoor punch than those guys, which might edge him even closer to the flame. Regardless, they're all close and very good. The peers around Marvin (Ken Roczen, Eli Tomac, Cooper Webb, Jason Anderson) can all say they’ve gotten a title. Marvin…so close.

But so close is better than most! While every year starts with #deepfield the reality is most seasons and eras feature just 2-3 riders at the top, and now Webb, Roczen, and Tomac occupy those spots. In 2018 and 2019 Marvin wasn’t just in on that conversation, he was the conversation, at times. Fastest rider on some nights. Title favorite at others. Kevin Windham retired with that career thorn in the side of never getting a 450-class title. But Kevin could say he beat the best ever straight up at some point—McGrath, Carmichael—and that’s the definition of legit. Hey, Marv has beaten Tomac and Roczen. He’s legit.

I’ve always wanted to create a classification of riders so we can better put their career into context. Stats are one thing, but they don’t always tell the whole story. You can compare numbers of the very top riders based on wins and titles, but numbers don’t always tell the story. It’s often easier to explain a retired rider by comparing to a contemporary. If you’re listening to David Vuillemin give his unfiltered opinion on the PulpMX show, and you’re wondering “So how good was Vuillemin as a racer?” there’s an easy explanation: he was like Marvin. He didn’t win the big title, but on the right nights he was as good as anyone, and his title drives are filled with what ifs. What if DV doesn’t get into that photo shoot crash before Daytona in 2002? What if Marvin doesn’t crash in the whoops at round two of 2018? Similar story. Just know that DV was probably better than people remember, and that’s probably how it will go for Marv, too, unless he gets that elusive 450 title.

At least DV and MM have big-time wins to go with their name. They are, quite poetically, nearly the same in that respect, with Marvin carding eight 450SX wins and Vuillemin holding seven. Marvin has been more consistently in the outdoor title fight but remember Vuillemin was up against The GOAT. They’re close enough to be in the same category. Maybe someday we will call it the Marvin Musquin All-Stars category, for the riders who are good enough to get wins against the best.

It’s even harder to classify the greatness of riders without a bunch of wins. There’s a slew of very good, fast, hard-working and talented riders who never got that 450SX win, or maybe just got one, but they were still vital to the racing in their era. Every season usually boils down to two or three weekly contenders, but we get all pumped on #deepfield hype at the start of the season because we know there’s that group of 4-10 guys who are just 1 percent away from getting that next run on the ladder. That’s, just to name a name, where Malcolm Stewart resides right now. Will Malcolm get a 450 win or podium? We will see. Every year we believe is the year he breaks through. Plus, it’s great having Malcolm out there! He’s a great personality with great style, and he knows what he’s doing out on the track. If Malcolm retires someday and doesn’t have a 450 win, well, then the numbers won’t be able to explain how good it was to have him on the gate.

So, we need a category for those guys. The Ernesto Fonsecas and Ivan Tedescos of the world, who had great 125/250F careers and tried like hell to bring that success to the big class but ran into a brick wall of competition. Ivan got a national win on a 450, and sadly Ernesto had many more years in him before he got hurt and his career ended early. A look in the record book won’t tell you how good those guys are. Guys like Fonseca and Tedesco (and Malcolm Stewart today) are the reason we get hyped with #deepfield at the start of every season. These are the guys getting fourth who are 1 percent away from getting podiums every weekend and then gunning for wins. Racing would not be the same without these guys. We get pumped for the start of each season and the drop of each gate not only because of those 1-3 guys who win all the races, but because of the hope a few more jump in there.

So, I have the name for it: The Ernesto Fonseca All-Stars. These are the guys just out of the podium-every-week lead pack, they’re still better than 99.9 percent of everyone else, they’re great talents on factory bikes and they know what they’re doing on the track. That’s really the ultimate compliment. They know what they’re doing! They’re solid, professional, prepared. Maybe Ernesto and Tedesco never got to the point where they could outduel RC, Stew, or Reed for a win, and maybe that’s a tall ask for Malcolm to do the same with Roczen, Webb, or Tomac. Will Aaron Plessinger get to the point where he’s winning races or is he an Ernesto Fonseca All-Star? Either way, we’re glad to have him out there, right? We don’t want a gate with three riders on it, we want the promise and the hope of a breakthrough. We want dudes who add depth and flavor to the field. We’ve always had ‘em, we’ve never had a name for ‘em. The Ernesto Fonseca All-Stars. Respect.