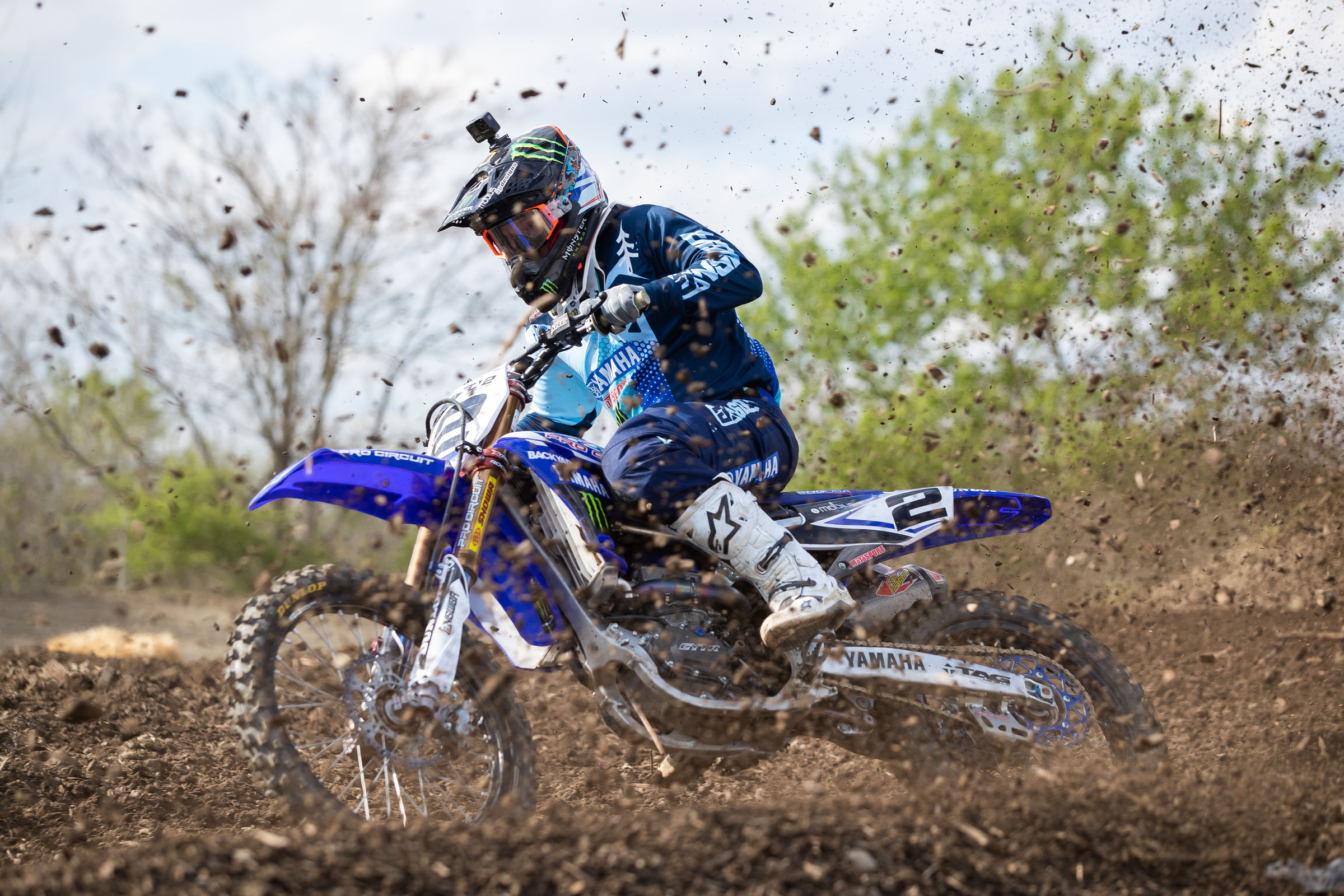 No off-season racing in 2020, right? Well, not the normal stuff like the Paris or Geneva Supercross, AUS-X Open, Monster Energy Cup, or Red Bull Straight Rhythm. Fite.TV does have an event up for viewing this weekend, though, with Monster Energy Master of the Pit, where riders can show up and do battle on their own pit bikes for a chance to qualify for a three-moto main event format against the big hitters, Ryan Villopoto, Willy Browning, and Carson Brown. Master of the Pit has 10 identically prepared Yamaha TTR110s waiting for seven hot shot riders who qualify, and they’ll bang bars with RV, Browning, and Brown in the Triple Crown main event format.

There’s also a 40+ and Industry class lined up. Could be a fun way to get your racing fix in during a dark off-season.

We fired off questions to Carson Brown, Willy Browning, and Ryan Villopoto (of course!) to get some trash talk before this Saturday’s race.

1. Why are you going to win this race?

Carson Brown: I ride and test pit bikes daily for BBR Motorsports, which is my family’s business. Arenacross is also my thing. I’ve spent an insane amount of time on pit bikes, so it’s on!

Willy Browning: I have the experience when it comes to pit bikes! I am one of the originals. I have been at the top of the pit bike scene since its inception. Big thanks and shout out to Lyle at Classic Honda, Jeff Kardas, and Rob Buydos for their involvements in my career!

Ryan Villopoto: I don’t just like my chances, I love my chances. I haven’t really ridden mine [TTR110] hard since the last time I raced it, which was a while ago. But Carson and Willy probably do ride them. They’re practicing. But I still think I can take them! I’ll give them the edge on practice time, that’s fine!

Don’t sleep on Brown’s skills on a pit bike—especially since he’s been logging laps lately!

2. Do you think there are some random fast guys who can show up and get in the mix with you three?

Brown: For sure! Even BMX and mountain bike guys will show up, jump right on and fly. Every track I’ve ever gone to has “that guy” that’s super fast. We’re gonna have a bunch of them at this race.

Browning: That is kind of the beauty of pit bikes over big bikes. There is always the chance that someone can come out of nowhere and be really fast. Being that we will all be on the same equipment for the main event will make things even tighter, to say the least! You know what? I was that “no name” guy before and beat some of the best in the sport so anything can definitely happen on pit bikes.

Villopoto: Oh, 100 percent. I don’t even think it—I know it. It’s not going to be easy, some fast guys are gonna show up, but the kicker is they will have to ride a stock TTR110, and they’re all prepared the same. Unless they go and find one and practice on it, the stock one is going to feel different. It’s like going from a 250F to a 125. You’ve got to ride them differently.

3. Give us your pit bike resume...or your regular resume. Whatever. Sell yourself and tell us why you're fast.

Brown: I pretty much grew up racing, riding, and testing pit bikes. I’ve worked hard and been able to win some of the biggest races. Over the years I’ve won races like Mini Moto in Vegas, halftime Arenacross pit bike races, Pit Bike of Nations, and the Chicagoland Pit Bike Nationals. For me, the tighter and more technical the track the better I do [like Straight Rhythm and Arenacross]. Pit bikes are a huge thing right now. BBR says they are busier than ever with everyone stuck at home because of COVID[-19]. People are at home riding in their backyards and we have even heard of entire neighborhoods buying 110s and putting on races! The coolest part is people who have never ridden before are starting to get into it.

Browning: I have accomplished a lot over the years on a pit bike. Thanks in part by some great people like I mentioned above but mostly because of all the help from Lyle at CHP. He builds some amazing bikes. I was able to become the only rider to sweep three main events at the Mini Moto championship in Vegas when it existed. That’s something I am pretty proud of! At the Pit Bike of Nations during the MXoN at RedBud I was able to help lead the USA team to a championship by winning my motos in one of the worst mud motos ever! I have always “fit” pit bikes really well and not being a bigger guy has always been an advantage for myself. Today I spend more time on the bicycle than I do on motorcycles, but when I am on two wheels and a motor, it’s almost always a pit bike, not a big bike.

Villopoto: I don’t think either of them put together have the gate time that I have, let alone the experience of holding up under the pressure of such a big, prestigious, nostalgic race like Master of the Pit. I’m gonna take it!

More on the Master of the Pit:

Bonus: Why should people check this out on Pay Per View?

Brown: We will put on a show for sure! The excitement around pit bikes right now is crazy, you are going to want to check it out!

Browning: If you have never seen fast guys on little bikes this is a pay per view that you will want to tune into! Hell even if you have seen it before, with the names that are invited, there won’t be a dull moment! I foresee a lot of bar banging, hard hitting action that you won’t want to mis! I plan on coming in at fighting weight and ready to do battle!

Villopoto: Look, you guys don’t have to buy it, but I think you should. Riding these equal bikes really condenses the racing. Grab a case of beer and watch some great racing and banging bars. The best racing will probably come out of the qualifying races, where the guys are trying to get into the main events against us. Those are the guys that will be going for broke to make it in. There’s going to be some real carnage there! I think the racing is going to be intense. We will ride the wheels off these things. Some of the best times on a bike, back yard bashes and all that, it’s done on 110s. You never know. When we did this at the NASCAR race at Chicagoland [Damon] Bradshaw, [Jeff] Stanton and Brownie [Mike Brown] all got into it. That was some of the best racing of the weekend. Me, Carson and Willy were never quite close enough to bang bars—it was like I was entering a corner as they were exciting. But that’s so close, you make one mistake and they’re coming for you. That’s when it gets good!

Main Image: RV at the Moto Fite Klub event in May, photo by Andrew Fredrickson