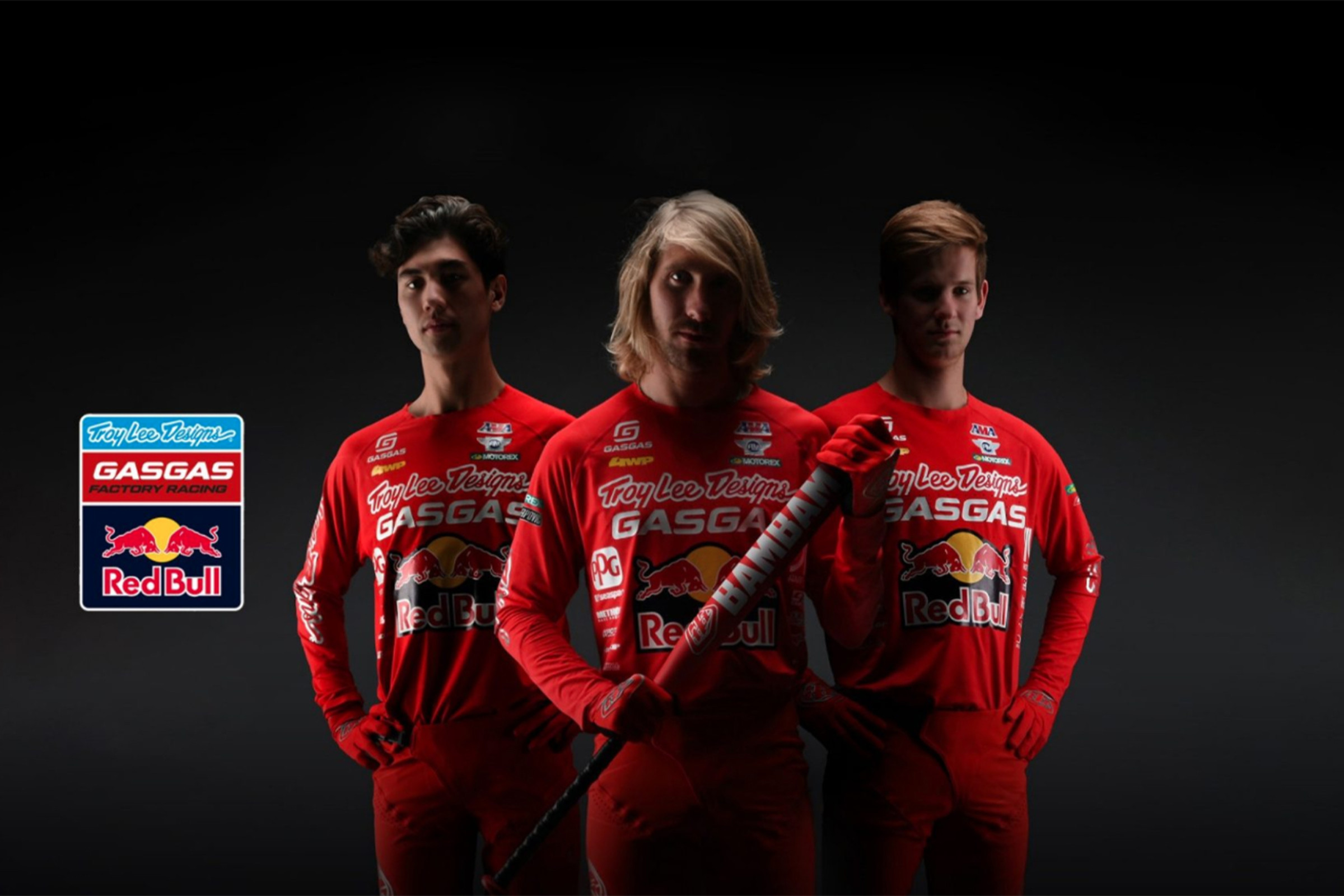 It used to be easy. The domestic racing season would be over by September, and a month later contracts would expire. Bam! On October 1, you’d see the old faces in new places, with team press releases and social media announcements hitting the wire.

Well, this year is all jacked up. The racing schedule got pushed back, so we no longer have a road map to silly season. Turns out several big things randomly happened in the last few days. Here’s a roundup!

Barcia to GasGas: This was brewing for a while, but the news is so big that you have to stop what you’re doing when you hear about it. Justin Barcia will be racing a Troy Lee Designs/Red Bull/GasGas MC 450F in 2021, which is ostensibly a factory KTM. This Barcia brand switch could have as much impact as any other news in the paddock for 2021.

Barcia rode Yamahas for five of the last six years (with one forgettable Suzuki year with JGR in between) and issues with the bike were always lurking. He’d have some good races, even some wins, and everything would appear fine. Then a month later you’d hear things weren’t so good. Is it Barcia or the bike? Look, although the stock YZ450F is well-received, Barcia isn’t the only one who couldn’t get on with the machine every weekend at the top level. Meanwhile, the KTM platform has had a lot of success, especially in supercross. So that’s where the intrigue comes from with this scenario. Will this make an impact?

Hard to believe Barcia has been around for so long but we still don’t have complete data here. He was dynamite at times in his rookie year on a Honda all the way back in 2013. He, um, didn’t like the bike in 2014 and his sophomore 450 season wasn’t so good. Then he moved to JGR and a Yamaha for 2015, and then came all these seasons on Yamahas (and one with Suzuki). That’s a lot of seasons of “Is it the bike or is it Justin?” This team switch might shed real light on this subject. What will it look like?

Malcolm Stewart to Star Yamaha: Two strong years with the SmarTop/Bullfrog Spas/MotoConcepts Honda team changed the course of Mookie’s career. He showed much-improved speed and fitness during his brief run in 2019 (his season ended early with a broken leg). In 2020, he showed he could be consistent, finished tied for sixth in points. Now he has a new team. The Monster Energy/Star Racing Yamaha team has added Stewart as a third rider to its 450 roster, alongside Aaron Plessinger and Dylan Ferrandis.

Go see the Barcia subject above for a YZ450F history lesson, but this could be different. Star Yamaha is now in charge of the Yamaha 450 program. Will they have the secret sauce? Maybe the bike will work better for Stewart than it did for Barcia?

Malcolm has taken big steps the last two years. A stride to the podium is next on the agenda. Will the Star move work for him?

McElrath Finds a Home: Caught between the cracks by pointing out of 250SX, but without the contract clout of a championship, Shane McElrath went job hunting. His 2020 team, Monster Energy/Star Racing Yamaha, did hire a third 450 man next to Ferrandis and Plessinger, but they choose…Stewart, not McElrath. Shane is now linked up with Stewart’s old team, SmarTop/Bullfrog Spas/MotoConcepts. Team Manager Tony Alessi stated that McElrath is like getting a first-round draft pick.

“He did do a couple of days testing, and honestly it looks like he’s been riding our bike for our team for five years!” Tony said. McElrath doesn’t come to the 450 class packing the 250SX championship clout of Ferrandis or Chase Sexton, but he would love to be a dark horse.

Bloss to MCR: MotoConcepts is nothing if not a job creator. They give riders who need help a shot with great equipment. With MCR keeping Justin Hill and Vince Friese, and adding McElrath, the team could have been set. But they’ve added Benny Bloss, also!

“Benny is our wildcard guy,” says Team Manager Tony Alessi. “I think he is getting ready to have a breakout year.”

Mosiman and Brown at GasGas: Barcia headlined the TLD team announcement, but the confirmation of Pierce Brown and Michael Mosiman as the GasGas 250 riders shapes the rest of the 250 landscape. Derek Drake and Brandon Hartranft were on the Troy Lee Designs/Red Bull KTM unit in 2020, now they’re gone. Mosiman moves over from Rockstar Energy Husqvarna, where he had rounded into a podium guy. Does he take another step? Can Brown turn his considerable talent and speed into results in 2021?

RC on a Kawi: This isn’t silly-season news, per se, because we don’t think this is an official deal with Kawasaki. But Ricky Carmichael no longer has an ambassador deal with Suzuki, and he needs a new dirt bike. Pro Circuit built him a sweet KX450, and don’t worry, the GOAT can still go!

MXGP Retirements:Thomas Covington isn’t even a veteran of the game yet. This was the American’s first year in the MXGP division, but just like that his entire career is done. Covington announced his retirement and won’t attend the final few races of the calendar.

A few veterans of MXGP have announced retirement at the end of 2021. They still have some life left! First, Gautier Paulin won the first moto of the MXGP of Flanders at Lommel. Two weeks later, he announced the 2020 season would be his last.

Not soon after, Clement Desalle said he would be finished with MXGP when this season ended. Then he went out and won the first moto over the weekend in Italy! The MX Panda is still hungry, folks! Desalle says he would be open to racing the Lucas Oil AMA Pro Motocross Championship in ’21 if an American team was interested in his services. Maybe some needs an injury replacement after supercross?

Finally, the ageless Estonian Express, Tanel Leok, has announced his retirement. Leok said he would be like to race the GP in Latvia next year as his send-off race, however. What really hurts is the implications for the FIM Motocross of Nations, where Leok has become legend for racing as part of Team Estonia for 19-straight years! The MXoN won’t take place in 2020, and now Leok has retired. Coincidence?

Hey, we’d expect the ‘Nations to return in 2021. Why can’t the Estonian Express come back for one more and make it an even 20 appearances?