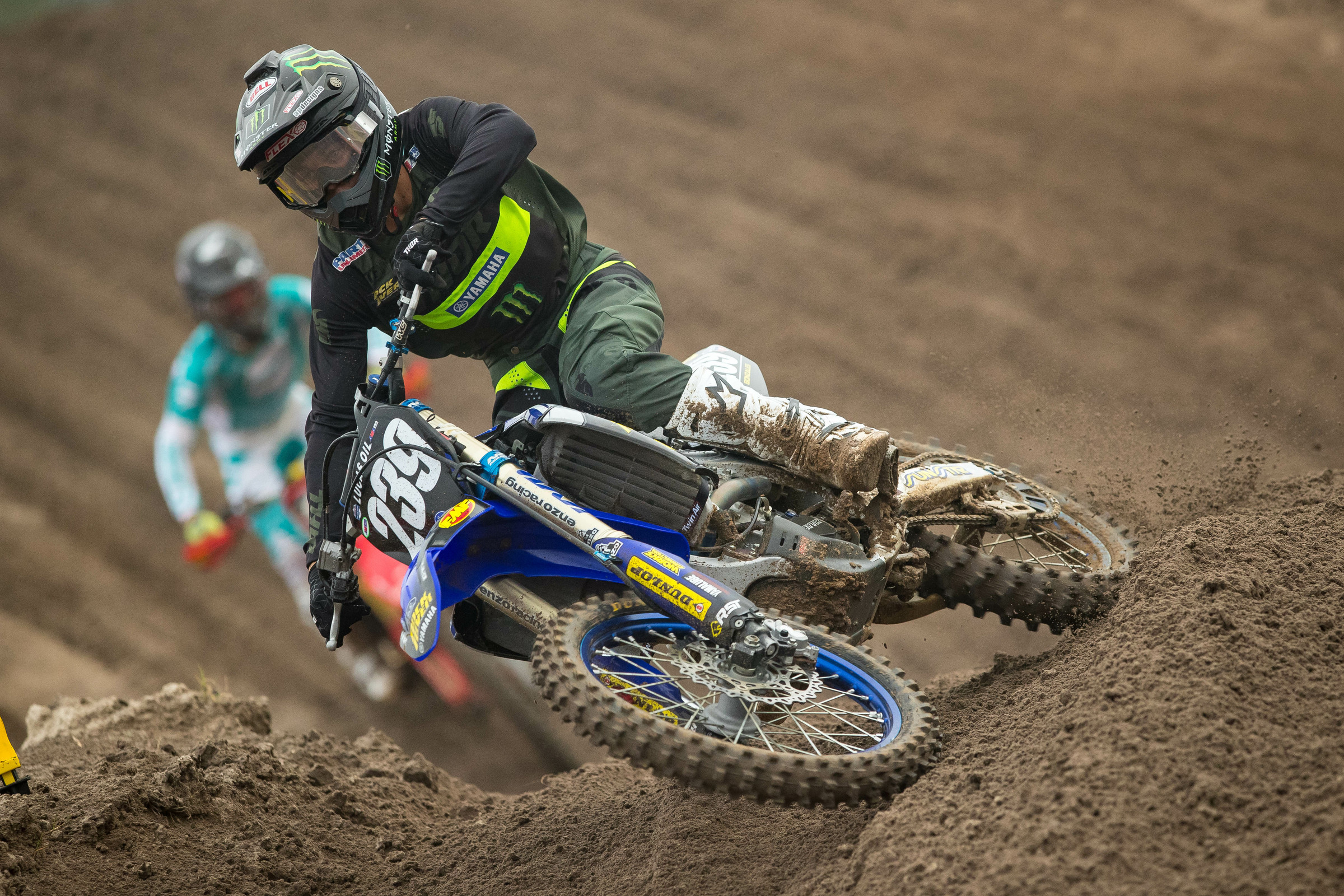 Comment: Anderson is out for the season after having surgery to remove a plate in his arm that had been installed in 2019 to fix a broken arm.

Benny Bloss – DINGED UP | IN

Comment: Bloss crashed in the first moto at the WW Ranch National. He tried to go out for the second moto but he “just wasn’t right.” He’s in for Thunder Valley.

Comment: Hand is out for the season with a fractured scaphoid.

Comment: Miller is out for the season with a dislocated wrist and torn ligaments in his wrist, sustained in a crash at Spring Creek.

Comment: Plessinger is out for the season due to a dislocated wrist.

Comment: Renzland will miss the rest of the season due to a big crash at RedBud 1.

Comment: Roczen is out for the season in order to recover from ongoing health issues. To keep himself busy (along with the birth of his and his wife’s first child) he’s apparently been posting caricatures of himself on Instagram.

John Short – BANGED UP | IN

Comment: Smith suffered a fracture in his tailbone at Spring Creek and skipped the WW Ranch National. After riding once this week, he will give it a go at Thunder Valley while trying to fight through the pain.

Comment: Tickle missed WW Ranch due to a big crash at Spring Creek. He’ll be back in action at Thunder Valley.

Comment: Webb is recovering from multiple herniated discs in his back, which originated in Arlington.

Comment: Wilson is out for the remaining rounds with a slight tear in his left meniscus. In the meantime he’s spending his time throwing in extra items in his merchandise orders.

💥🔥GIVEAWAYS💥⚡️ Going to be throwing some cool stuff in random @deano_merch orders today! Purchase an item and you may win something! Go to DEANWILSON15.COM & get yourself something 🤙🏽🤙🏽🤙🏽

Comment: Brown is out for the season following a knee injury sustained at RedBud 2.

Comment: Forkner is back on the bike after sustaining pancreas, liver, kidney, and spleen injuries, but is out for the season.

Comment: If you only saw the second half of Gonzales’ crash at WW Ranch you’d think he’d leapt from the grandstands. But in reality he’d just ejected from his bike over a huge jump. We checked in with him earlier this week and although he’s “A bit sore,” he’s in for Thunder Valley.

Well this is what ended my day at @wwmotox. There was a gnarly kicker at the top of this jump that Clearly didn’t see. Very lucky to walk away from this one.

RJ Hampshire – BANGED UP | IN

Comment: Hampshire dropped out of orbit without a bike to soak up the blow last week at WW Ranch when he went over the bars on the same monstrous jump that Gonzales did. Miraculously, Hampshire emerged without serious injury and will be racing this weekend at Thunder Valley.

Scary one yesterday! Caught a rock at the top of the face and there wasn’t much I could do. Already coming into the weekend a bit injured from Millville, I was managing that first moto pretty well till that. Huge thank you to @teamdrg and @rockstarhusky for making that second moto happen! I’ll be good to go for Colorado and get back on the box 👊🏼👍🏼

Comment: Marchbanks is cleared to get back on the bike after injuries sustained  during supercross, but won’t be returning for any races this season.

Comment: Masterpool crashed at RedBud 2 and sustained some nerve damage, bruising, and swelling in his leg. He’s out for Thunder Valley.

Comment: Nichols injured his hand during supercross and is out for the  season.

Comment: Sanayei is out for the season due to a nagging shoulder injury that required surgery.

Comment: Smith is back on the bike after tearing his ACL but will not race any nationals this season.

Comment: Swoll will miss the final two races of the championship to take care of a separated shoulder.

Welp @wwmotox was my last round in @promotocross I’m going into off season early to get my shoulder fixed up and ready for next season, but on the positive side I ran top 10 for over half the moto and was feeling solid until the shoulder had enough, but it is what it is will come out swinging year 2😈

Comment: Tapia is on the mend after a bad practice crash in August resulted in fractures to his C6 and C7 vertebra. The injuries required emergency stabilization and surgery. Road 2 Recovery has established a fund to help out with Tapia's medical bills.

Hey guys still figuring out insurance stuff so until then I’m doing my own therapy at home. Still pushing my self and feeling strong everyday. #Godisgood #Blessed #4Brooks