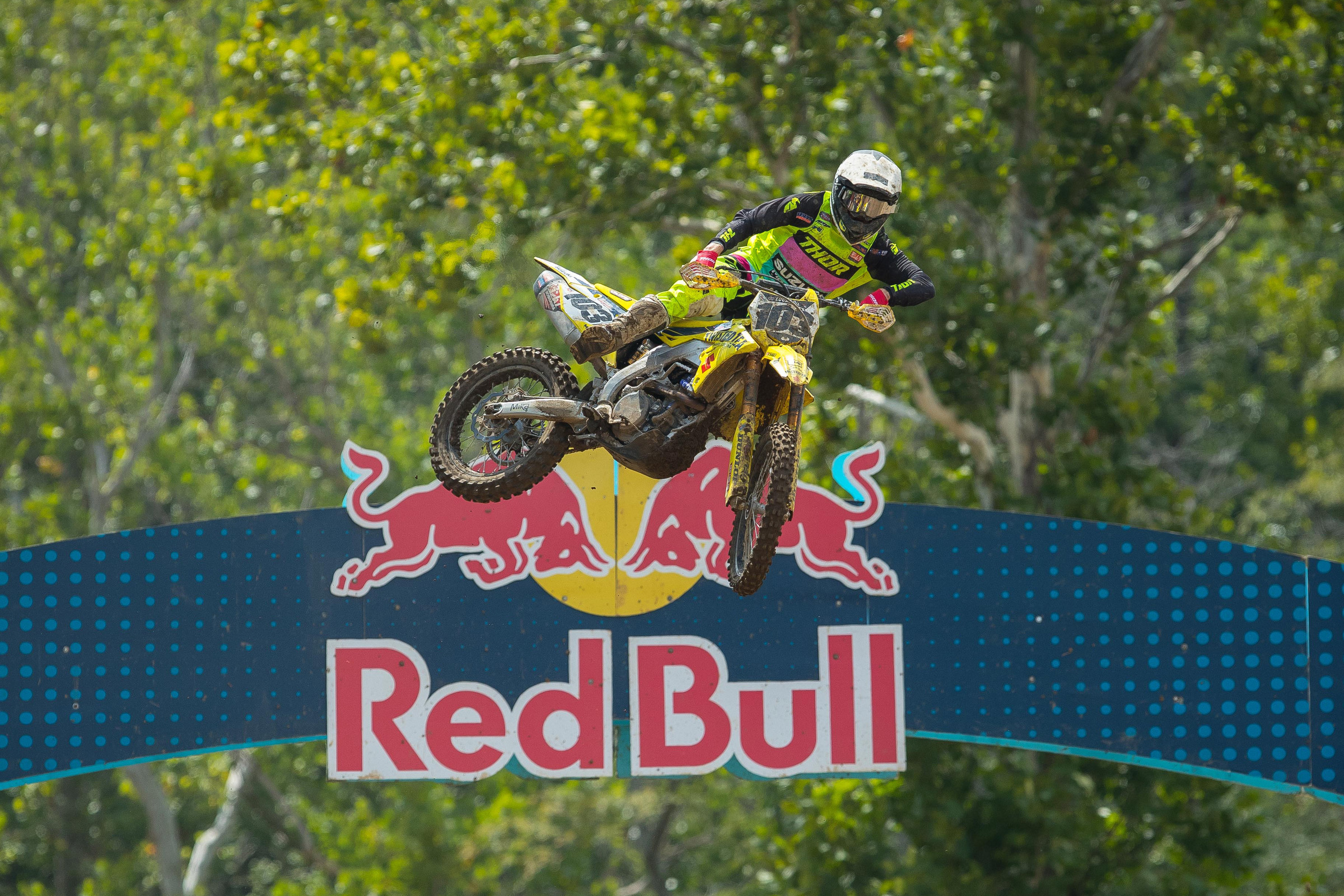 Comment: Anderson experienced substantial pain in his arm during the first moto at Ironman, causing him to pull off and sit the second moto out. It’s the same arm Anderson broke in 2019, and it’s suspected there could be a problem with the surgical plate that was installed at that time. The team will know more regarding Anderson’s status on Thursday.

Max Anstie – BANGED UP | IN

Comment: Anstie crashed hard at Ironman and told us his whole body is beat up, especially his jaw. At the track it was originally thought his jaw was broken due to extensive swelling and blood in Anstie’s mouth, but It ended up checking out okay. He’s in for RedBud.

Comment: A fractured scaphoid will keep Hand off the bars for the rest of the season.

Comment: Plessinger will miss the rest of the season due to a dislocated wrist. He’s got roughly eight weeks before he can start riding again.

Comment: Roczen is out for the season in order to recover from ongoing health issues.

Comment: Savatgy crashed in the first moto and was unable to rejoin due to a tweaked ankle. He was unsure about racing the second moto but ended up being able to soldier to ninth place. He’s in for RedBud.

Comment: Webb is out for the season with several herniated discs in his back. The injury stems from his big crash in Arlington earlier this year.

Comment: Forkner is out for the season after a supercross crash resulted in injuries to his pancreas, liver, kidneys, and spleen. Part of his pancreas, and all of his spleen, were removed. Forkner is back on his KX250 but will not be lining up for any points-paying gate drops for the remainder of the calendar year.

Comment: Frye tore his ACL in February. He’s scheduled to return to action at Spring Creek.

Comment: Marchbanks is currently out due to injuries sustained during supercross. He’s expected to miss the whole season.

Comment: Masterpool will return to racing this weekend at RedBud 1 after breaking his leg in June.

Comment: Mosiman is out for RedBud with a concussion.

Comment: Nichols underwent surgery to repair damage to his hand suffered in supercross and will miss the entire season.

Comment: Smith is out for the season due to a torn ACL suffered at Daytona. Like Forkner, Smith is riding again but will not compete in any nationals this year.

Comment: Sanayei crashed at the opener and popped his shoulder out. He’d hoped to return to racing at Ironman, but that didn’t happen. Kawasaki confirmed Sanayei will indeed race RedBud 1.

Comment: Swoll will return to action after suffering a mild concussion at the opener.

Comment: Tapia suffered a major crash in early August and sustained fractures to his C6 and C7 vertebra that required emergency stabilization and surgery. Road 2 Recovery has established a fund to help out with Tapia's medical bills.

Hey guys little update. Leg is getting stronger and my walking is getting better. I’m also able to go further and further everyday. Gods really showing me prayer works and i feel him here with me everyday i am so blessed and I’m so amazed by all the support you all give me, it helps me more than you all know! Thank you! #Blessed #wegotthisbrooks #Godisgood