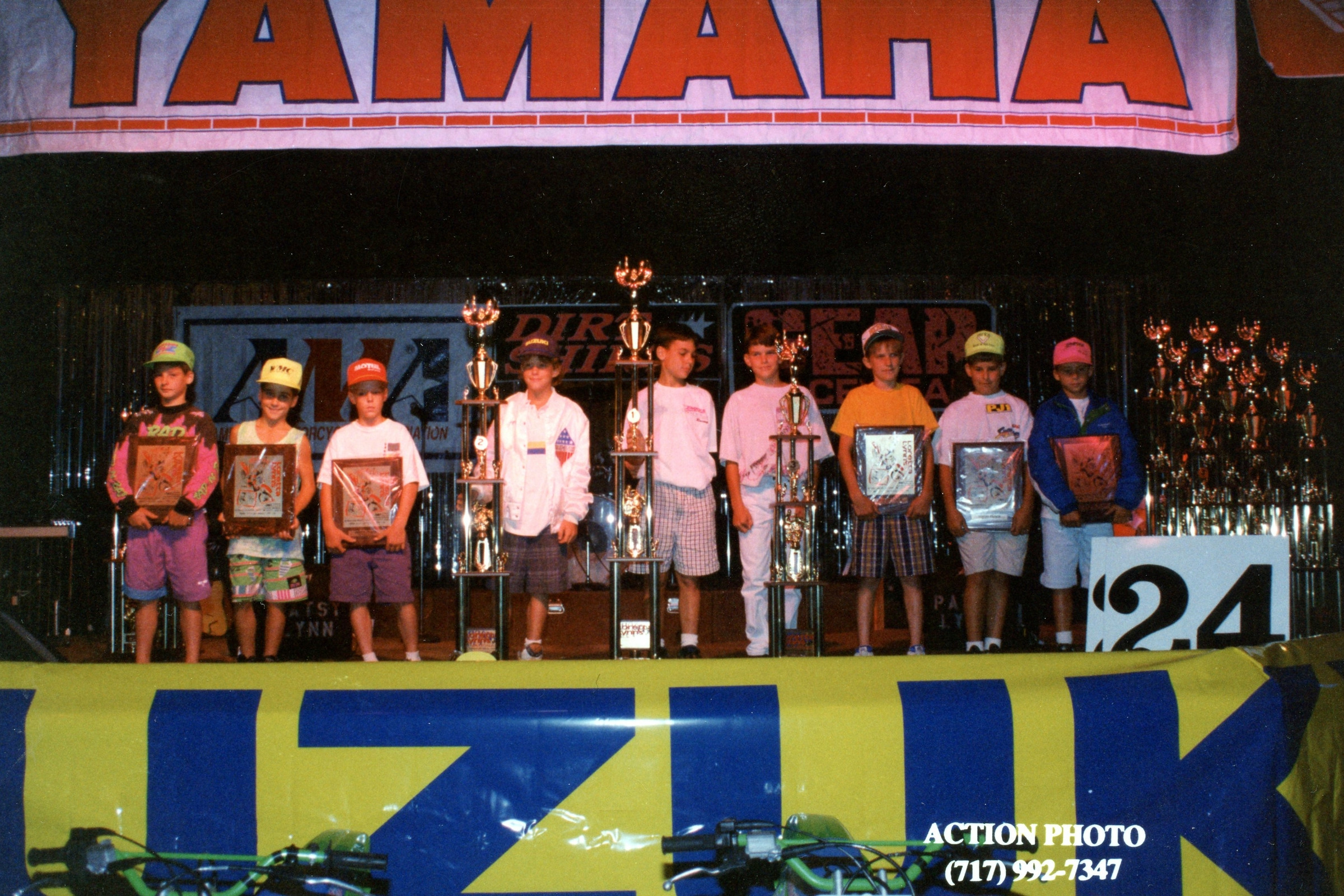 Entering the 1992 AMA Amateur National Motocross Championship at Loretta Lynn Ranch, Chris Considine was the young kid to beat. After taking the 1988 51cc Stock 4-8 class overall with 4-2-2 finishes, Considine came back in 1989 and won the class again—this time with 1-1-1 moto finishes. It’s rare for a rider to notch back-to-back 50cc titles, but in 1991 Considine’s 1-2-1 added the 65 (7-11) Stock championship to his case. Coming into the third year in the 85 (7-11) Stock class, the Highland, Michigan, native looking for another title. Along with Considine behind the gates were Dewitt, Michigan, native (former pro racer turned trainer) Nick Wey and another now well-known induvial by the name of Travis Pastrana. When the gate dropped on the first moto, Considine took the checkered flag as Wey and Pastrana finished second and fifth, respectively.

But in the second moto, Wey took the checkered flag—his first moto win in his 17th moto at the ranch. Then in the third moto, Wey backed up his second moto with another race win, which resulted in the overall as Considine finished 1-2-42 for 12th overall.

What happened to Considine? We checked the Cycle News report from the 1992 event and only found this: “His luck turned sour in the finale, however, as Considine went down on the 5th lap and could not reenter the race.”

At that point, circumstances changed completely. Wey went on to win his first championship at Loretta’s, the first of eight. Considine wouldn’t win another.

“I had a lot of memorable times at Loretta’s, but I think the most meaningful to me was 1992,” Wey told us last year. “The first couple of times we had been to Loretta’s before that I had been pretty competitive, leading some motos even, but not necessarily having the consistency you need to win the overall. Still, I was able to do well enough to get a sponsorship from Team Green, so I had a little more weight on my shoulders. I mean, I came from a small town and all I really knew about the motocross world was what I read in Cycle News every week when it came, and I started to realize that I really needed to do well at Loretta Lynn’s so I could prove to everyone that I deserved this ride.”

“There was another kid from Michigan at the time named Chris Considine and we grew up racing together and were always battling, but he was usually a little better than me,” Wey continued. “He and I split the first two motos—he was 1-2 and I was at 2-1—so the third moto meant everything. I had been going to Loretta’s since I was on a 50, so I really wanted to beat him, and I did. It really gave me a lot of self-confidence because I knew after that that if I put my mind to doing something, I could do it.”

For Wey, getting that first title was important to both him and his family.

“It also helped that my parents felt the same way about the event and the clout of winning an AMA National Championship,” said Wey. “My whole family worked super hard to help me achieve that dream, and it was really cool they were there to see me do it. We stuck around for the trophy ceremony because it was really important to all of us, and then dad had us on the road right back to Michigan so he could get back to work.”

As Wey explained, this was the moto that got the ball rolling for him at the ranch. Sparked by that overall win 1992, Wey would continue to pile up moto checkered flags and overall wins. By the time he completed his last lap as an amateur in Hurricane Mills, Tennessee, in 1998, Wey held the record for the most AMA Amateur National Championships. His eight titles have since been bested by a few studs: James Stewart, Mike Alessi and Adam Cianciarulo (now coached by Wey) each have 11 titles to their name.

As for Considine, he would not only not win another Loretta’s title, but the next year, 1993, would be the last time he even competed in the event. We’re intrigued as to what happened next, so we’ve reached out to motocross historian Brett “We Went Fast” Smith, who just happened to also be a fast Michigan racer growing up at the same tracks as Wey, Considine, and more. Sounds like tracking Considine could become another one of Smith’s projects, so we’ll update if we find more. For now, you can look at 1992 as a year when career paths diverged, as often happens as riders rise through the ranks.