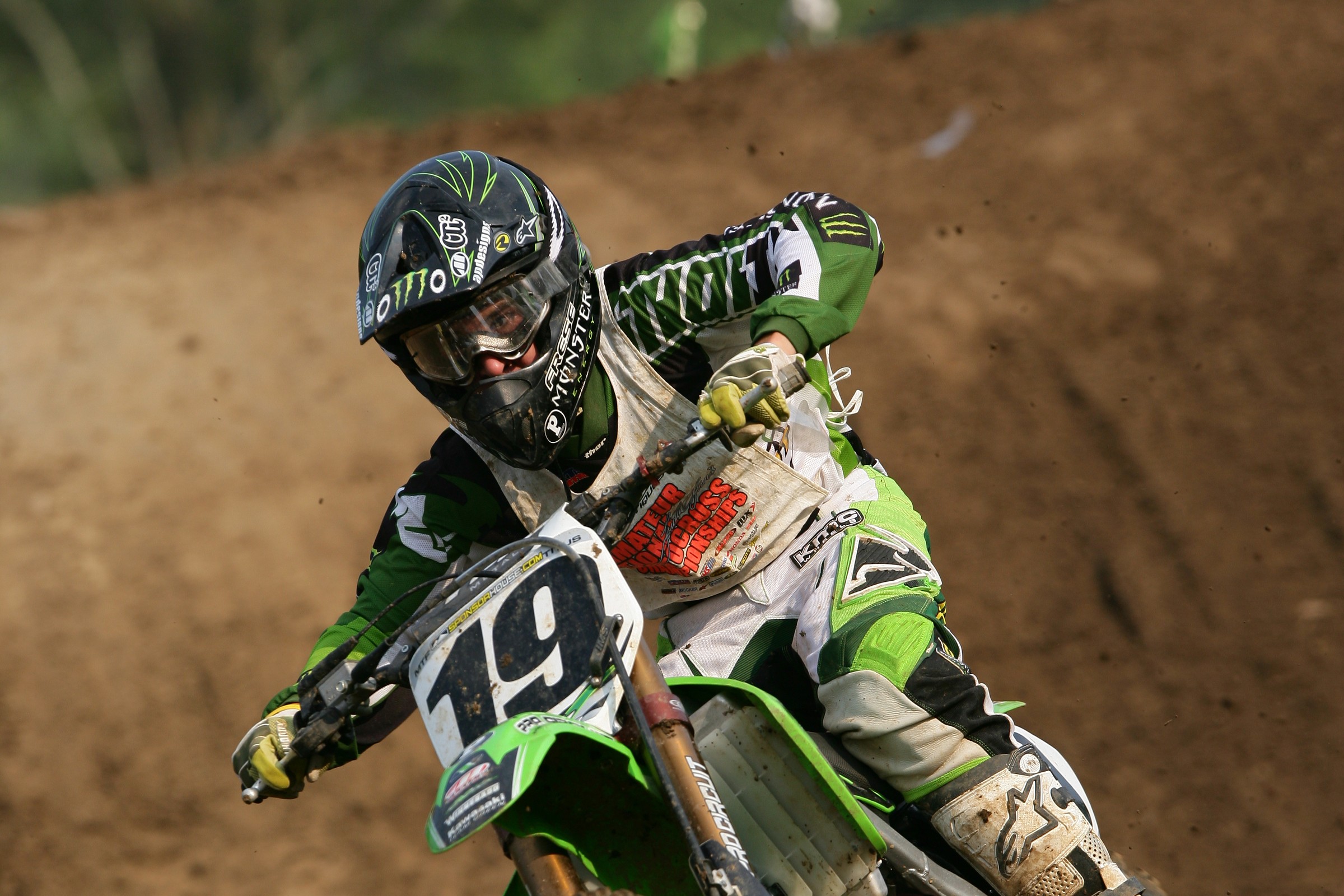 The 125cc (12-15) classes (commonly known as Schoolboy) almost always provide great racing at Loretta’s, so expect to see that class pop up quite a bit as we recap great old races. Today, we’ll focus on one half of the 125 division from 2005, an absolutely jam-packed year of talent. Lining up in the 125s in ’05? Ryan Dungey, Austin Stroupe, Zach Osborne, Trey Canard, Matt Lemoine, and more. Impressed?

We all know that Dungey and Canard, for example, went on to great pro careers, however they weren’t the most-hyped prospects at the time. The bigger focus was on well-known amateurs Stroupe (Kawasaki) and Osborne (KTM). The battle for the Stock class championship came down to them, and that’s our story for today.

Dungey appeared to have a sure first moto win in the Stock class but crashed it away, so Osborne took the win with Stroupe second. The second moto was won by Lemoine, who was no slouch on speed, either. He would also go on to win the third moto. But Lemoine took 36th in moto one, scratching him from title contention. Dungey took fifth in moto two, so his 3-5 left him way back in points, also.

This set up Osborne and Stroupe for the Stock title in moto three.

“Stroupe got out front of Osborne early in moto three, and he just had to stay where he was,” said the Cycle News report from 2005, (written by yours truly). “Then Stroupe crashed and fell back to seventh, putting Osborne in position for the title. But then Stroupe put in an improbable charge from the back in the waning moments and, improbably, caught Osborne as the two-lap board came out. The battle was on, and Stroupe made the pass and won the title in the most dramatic fashion possible.”

Said Stroupe: “I’ve learned to never give up. I’ve won titles before where I had to come from last to second to win. I was definitely pushing hard, and it’s one of the biggest wins of my career.”

The group would return to also battle for the Modified title, but we’ll save that story for tomorrow. Well, we can give away one part. We texted Obsorne today and he said he choked away both titles. Zacho said he had come into the race really prepared, having raced random events all over Europe for six weeks during the summer.

I mean, is there anything more Zach Osborne than riding random other races in Europe to prepare?

As for Stroupe, his championship in a stacked class further cemented him as a must-have talent, and as he progressed through the B and A classes, eventually Mitch Payton and Kawasaki signed him for the full Monster Energy/Pro Circuit Kawasaki ride as a pro. I remember asking Payton what impressed him about Stroupe, and Mitch, as always, was completely honest. “Speed,” he said.

Yup, we can work with speed. Stroupe was fast, but he ended up having a rough go of it as a professional, as substance abuse got the better of him and detoured his career. He’s a cautionary tale, for sure. But there was no doubt that he could go fast!

With so much talent on the gate in both Schoolboy classes in ’05, we’ll return tomorrow with part two, the Modified class, and the big breakthrough.