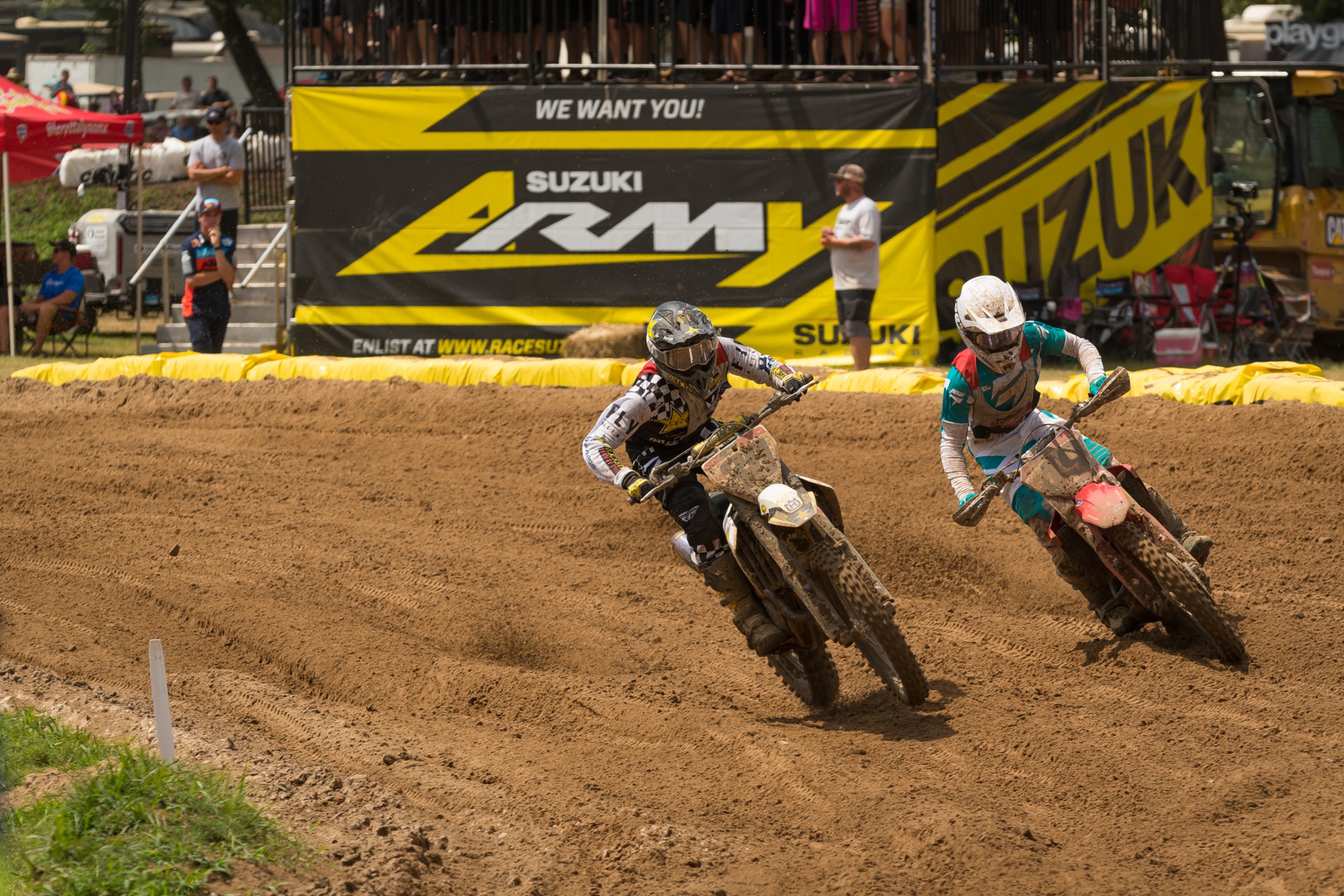 We continue our countdown to the 2020 Monster Energy AMA Amateur National Motocross Championship by recapping more great battles of the past. This one happened less than a year ago, but even if it happened 30 years ago we hope this moto gets discussed over and over. Loretta’s has hosted many close finishes, but if this isn’t the closest, well, it would have to be at least tied for the closest. Heck, the transponders went down to the thousandth of a second and couldn’t tell the difference.

Even better, this was a battle for a moto win, which ultimately decided the overall, and it took place in what was probably the fastest class of the week. In a stacked year for talent, too. Open Pro Sport in 2019 featured three soon-to-be factory pros in Jalek Swoll, Jett Lawrence, and Jo Shimoda. They would end up 1-2-3 in the overall, but all the talk is on the first moto. It was nuts.

Swoll and Lawrence are the ones who took it down to the wire. The two had gotten terrible starts and had pretty much held their own private race between them as they battled their way to the front. Watching two kids rip from the back to the pack to the front was awesome, but seeing it end up so close was amazing. When the checkers flew it was so close nobody even knew who’d won, including the timing screen, which showed a tie down to the thousandth of a second. (Swoll took the win by the tiniest of margins, six ten-thousandths).

A few months back, during quarantine times, we grabbed both riders for a Zoom call and had them bench-race with each other while watching the footage from the race. What you find out is that neither rider cared who won. They were just pumped to be in such a legendary battle.

“When we went over the line we both looked at each other and we were just confused. It was like, ‘Who got it’?” Lawrence recalled. “If I got first I would have been more pumped, but still getting second in that moto, I knew I was riding good. I was pretty happy with how my riding was, and to be in that finish together was pretty cool. I wasn’t bummed at all.”

Added Lawrence, “We got enjoyment out of racing the track and having a good race. We got more excited with that than getting a trophy.”

Lawrence bounced back to win the second moto. Meanwhile, he was also working on a championship in the 250 A class, but it went away when his bike quit due to an electrical issue in the third moto there. He of course still had a shot at a championship in his final Open A moto, but after the heart break in 250 A, he didn’t quite have the mojo he needed in moto three. Swoll, who was dealing with a hip injury after a crash in a moto a few days earlier, dug deep and scored the win in moto three. Shimoda was second and Lawrence third. Swoll’s 1-3-1 bested Lawrence’s 2-1-3 for the overall and the championship.

By the slimmest of margins.