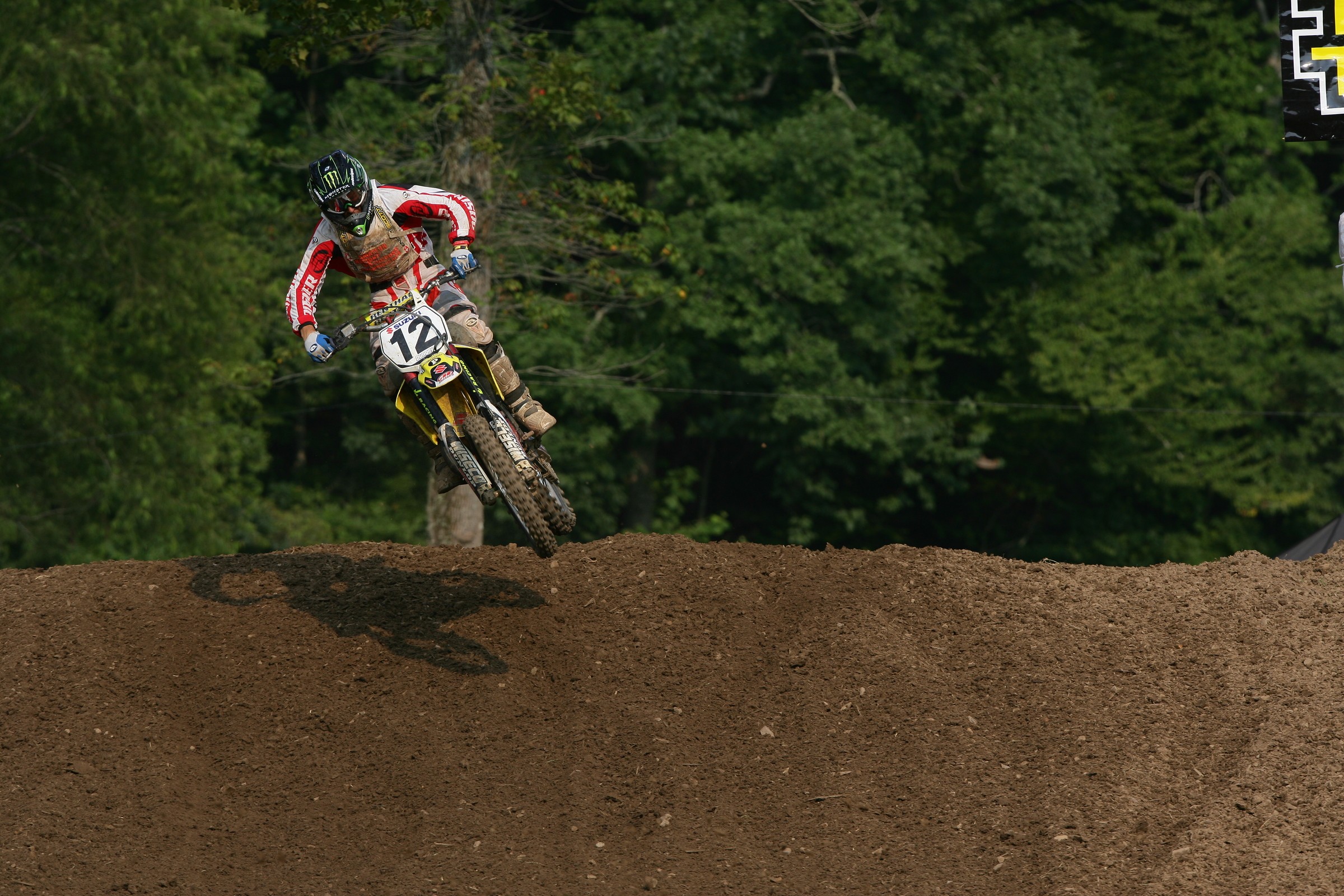 We’re continuing to cover great battles from past editions of the Monster Energy AMA Amateur National Motocross Championship at Loretta Lynn’s Ranch. The 2005 125 (12-15) Schoolboy classes provided such great racing that we’ll cover both classes, with the Stock class yesterday and the Modified class today.

As the story now famously goes, Ryan Dungey only got a Suzuki amateur support ride because his younger brother Blake caught the eye of the Suzuki brass, such as amateur team manager Cole Gress. But they agreed to give Ryan some support, too, although he had only been a top-ten ish talent on the national level. Well, the support coincided with Ryan finally getting out of the harsh Minnesota winters and getting to spend time training down in Texas. With the shackles off, the legendary Ryan Dungey work ethic kicked in, and he was ready to surprise everyone in ’05.  He was winning the first Stock moto until he crashed.

In the Modified class, Dungey finished third in the first moto behind established phenoms Zach Osborne and Austin Stroupe. Third was actually pretty good for Dungey at that time, but his confidence was starting to blossom. In moto two, he was right there in a duel with Stroupe and Osborne. They went at it, but then both of the favorites made mistakes. Dungey jetted away to take his first-ever moto win at Loretta’s. It was as big of a breakthrough as breakthroughs get.

Stroupe had a bad moto two (fourth) so it was Dungey versus Osborne for the championship in moto three. In a shocker, Dungey came up big, winning the moto and the title. Dungey had the early lead, Osborne got around Ben LaMay (again, these classes were stacked!) to get into second, but couldn’t catch him. Dungey’s 3-1-1 claimed an unlikely title, as he was little-known coming into the race.

“The last two laps I was going so slow!” said Dungey on the podium. “I couldn’t believe I was going to do it. I was just thinking that, two years ago, I was getting top 10s!”

Dungey’s title is an all-time standout in Loretta’s history for two reasons. First, how far he came (top ten guy to winning in probably the toughest class of the week) and second for how far he would go. Instead of returning to race the B class the next year, like his peers, he was improbably given a factory pro contact by Roger De Coster! This made sense to basically no one (by the way, I’ll even admit that when Rodger leaked the news to me in early 2006 I responded with “What???”) but it turned out to be one of the greatest scouting jobs in history. We know how it turned out.

In 2006, when Dungey should have been racing B class at Loretta’s, he was instead getting ready for his pro debut at Spring Creek in Millville, Minnesota. He would go a solid 8-8 on the day, and he was on his way. But it all started by winning a big duel in the second 125 Modified (12-15) moto in August of 2005.