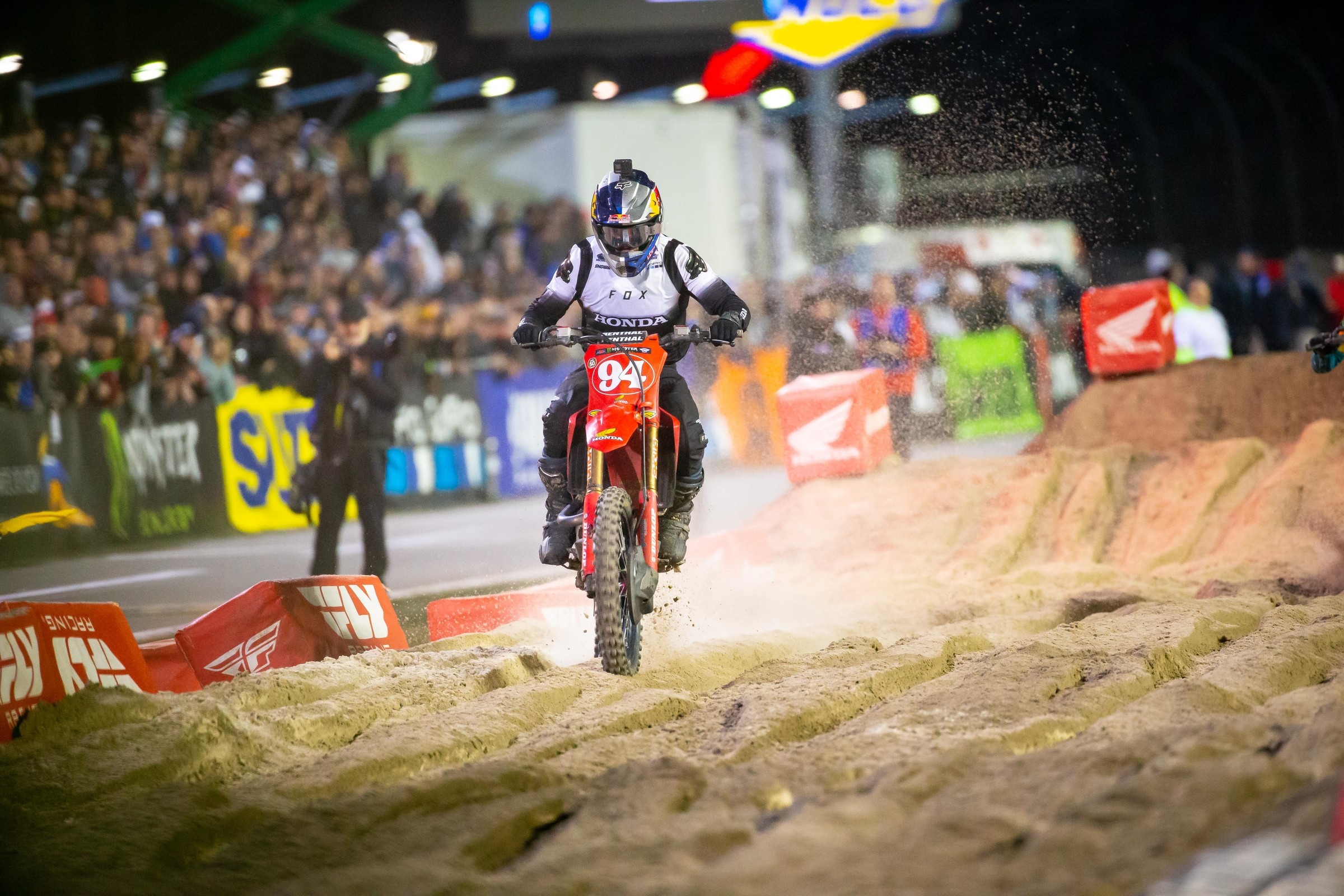 Living in quarantine? Have a lot of time to think about stuff? Well, now we can provide a home for your deep thoughts. We let you folks fire some questions off to long-time pro Jason Thomas, and he provided answers. We received so many questions that we divided this into two parts. Check out part one from last week.

Your consistent arguing with Steve is the moto equivalent of Laurel and Hardy sketches. Checking the scoreboard, who is up and who is down on victories? Betting money and getting paid is the absolute definition of a "W" and paying out is a "L", but feel free to also count public admissions by the losing party.

JT: It's a wild ride, that’s for sure. It’s difficult to really pick winners and losers because our arguments are always opinion based. He feels one way, I feel another. Most of all, we still respect each other’s opinion, even if we vehemently disagree. I know he is a very smart guy and has a unique viewpoint on things, sometimes forcing me to change my perspective. Other times, he is just a moron. Many times.

With it looking less likely by the day that we'll get any more supercross soon and the nationals almost certainly going to be pushed back and go later in the year, what's the smart move for the riders here?

Have 2-3 weeks of doing no training at all in an attempt to avoid burn out later on in the nationals? Just keep a base fitness and not as much riding? Go all out and use it as a second boot camp, training and moto-ing hard, as well as testing, knowing you don't have any races to be fresh for?

As always, love your insight into the sport JT$.

I think we are going to be forced into racing supercross after Lucas Oil Pro Motocross ends. With that in mind, riders will be thinking motocross for the foreseeable future. They have at least two and a half months until the earliest possible race date so there is time to prepare. I would bet that riders keep it mellow until mid-April. They will ride some, yes, but the hard training won’t start until eight weeks prior to WW Ranch. That will mimic the boot camp they go through for supercross, a familiar program. The riding will be different, of course, but the daily routine will be easy to fall back into. They have a week or two more of casual riding and probably some easy cardio, but it will get serious in April.

The interesting difference in this season will be in how and when they transition back to supercross. With a rumored September return to supercross, there won’t be much time to find their form. It’s exactly the same change, only in reverse. The upside is that supercross is much easier to prepare for. The conditions are much less demanding and the toll on your body is much easier to manage. The riders will be in phenomenal shape exiting the outdoor season making the supercross main events a walk in the park.

The biggest difference is the 450 elite riders absorb a lot of available budget. In the 250 class, the resources are spread out more evenly. If you took the salaries of Tomac, Roczen, Webb, Musquin, Anderson, etc. and spread that out, there would be more available help. The upside of 450 salaries is huge compared to the 250 class. Unfortunately for other riders, sponsors value winning and exposure. They are always going to pool resources to hire those that can get their product in front of the masses—and that’s what winning does. That’s the same in every motorsport, though. The very best get the big bucks, as they should. In F1, drivers like Lewis Hamilton are making $50-100M, while other insanely talented drivers are struggling to even keep a seat.

Hey JT, if JS7 [James Stewart] comes out of complete retirement to be an ambassador like RV2 [Ryan Villopoto], could he make more money than his brother Malcolm who is still racing? (I mean without counting seven gear or other business that I’m not aware of)

Yes, without question. He would have to do a lot of PR and show up for events that he simply doesn’t want to, though. RV hustles for his endorsement money but he’s also willing to hustle for it.