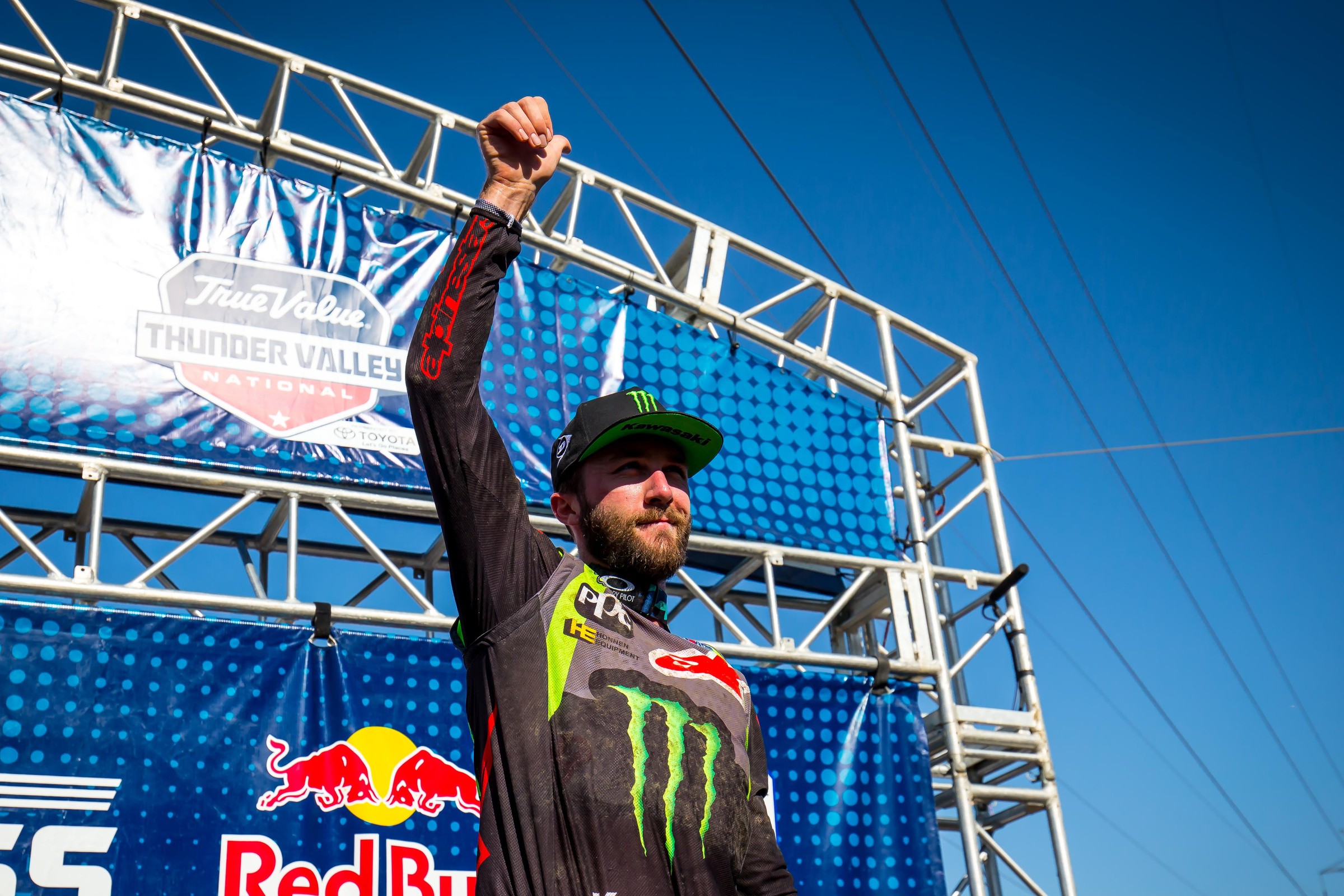 "I just think that the reason why I can still be here and still be competitive is because I love it and whatever, but beside that, there’s no greatness out there, in my opinion. There’s no Ricky, James, Jeremy, RV, Dunge, these kinds of guys. People are going to love and hate that answer, but I just don’t see greatness. I really don’t. I think that’s why I want to come back."

These are words Chad Reed told to our Steve Matthes during an episode of the Fly Racing Moto: 60 Show back in May.

After watching a 25-year tidal wave of wins, podiums, and titles stretching through Jeremy McGrath, Ricky Carmichael, Reed, James Stewart, Ryan Villopoto, and Ryan Dungey, we’ve come to accept a higher standard of excellence from our star racers. The numbers are bigger, the time at the top stretches longer. Villopoto, Dungey, and Carmichael retired early but still had a longer run at the top than Bob Hannah or Ricky Johnson, whose careers were cut short by injuries. The five riders at the top of the all-time supercross win list are either McGrath or riders that came after McGrath. Sustained excellence is the rule not the exception. In contrast, there was once considered a “champions curse” in supercross where no one was able to successfully defend a title. After Hannah won three-straight titles in the ‘70s, no one even went back-to-back as supercross champion for an entire decade (Jeff Stanton won in ’89 and ’90).

Today? Jason Anderson and Cooper Webb are now one-time champs, but no longer does one title make for an all-timer, at least not after the recent history of Villopoto and Dungey reeling off four titles each. But David Bailey only won one supercross title, in 1983, a year when Hannah, staging a comeback, had the field covered until he got hurt again. Bailey used consistency to win the title. That’s fine. His “Icon” status is not in doubt.

Today, greatness is packed into two riders with the talent, pedigree, and ability to compete in the rare air of history, the problem is they can’t get there consistently. Ken Roczen and Eli Tomac were supposed to be those guys, and there have certainly been days when they are those guys. But they haven’t met the post-McGrath standards. Tomac is quietly working on three-straight Lucas Oil 450 Class Pro Motocross titles, which has only been accomplished by three other riders, but his lack of a supercross title just leads to more questions. As for Roczen, we know the story of his injuries all too well. For either, it’s not a question of ability. Tomac certainly rode well enough to win the 2017 and 2018 Monster Energy AMA Supercross Championships (although he didn’t), and coupling that with back-to-back Lucas Oil Pro Motocross Championships would have put his greatness directly in line with all-timers. Similarly, the level Roczen was on early 2017 could have been the stuff of greatness. Either one could have done it, but neither did do it. Greatness, but in coulda' shoulda' woulda' form.

The standard is applied, though. For Tomac, the highs are just so damned high, we judge him not just by out-pointing Marvin Musquin for a Lucas Oil 450 Class Pro Motocross title, but for how he compares to Villopoto or Dungey. That’s when the trouble comes—because Eli still throws out below-par races, and it seems strange, because the last 25 years taught as that “the guy” doesn’t even log an average ride here and there.

Here’s an example: During his 2011 and 2013 title runs outdoors, Ryan Villopoto, incredibly, only finished outside the top five in a moto onetime in 48 starts. That one time was RedBud ’11, when his bike was practically falling apart, shedding parts, and he salvaged a ninth. Not every moto was great—there were plenty of times in ’11 when Reed or Dungey would beat him and everyone would be wondering what was wrong with RV—but he would still finish third. Then there’s Dungey, the all-time master of avoiding bad races.

By the way, that standard was the exact thing that led Villopoto and Carmichael to retire. Winning became more of a relief than a thrill. It became easier to stop than brace for the inevitable loss.

That’s who Tomac gets compared to. It’s both an insult and a compliment. Because while saying Eli hasn’t reached the highest heights of history, we’re also saying we believe he could go there. Other riders can get fourths, fifths, sevenths. It happens, it’s fine, it’s racing. When Tomac has a bad race, though, it’s like the world stops spinning for a moment. He is great 90 percent of the time, but his other races simply don’t compute based on the accepted standards of the last two decades. In supercross, it has cost him title shots in his prime. Outdoors, he’s had a few bad motos, but he's opening up a points lead for the third straight year. This is actually bordering on a historic run, one which only seems sub-par based on the standard of history, not the standards of each given weekend.