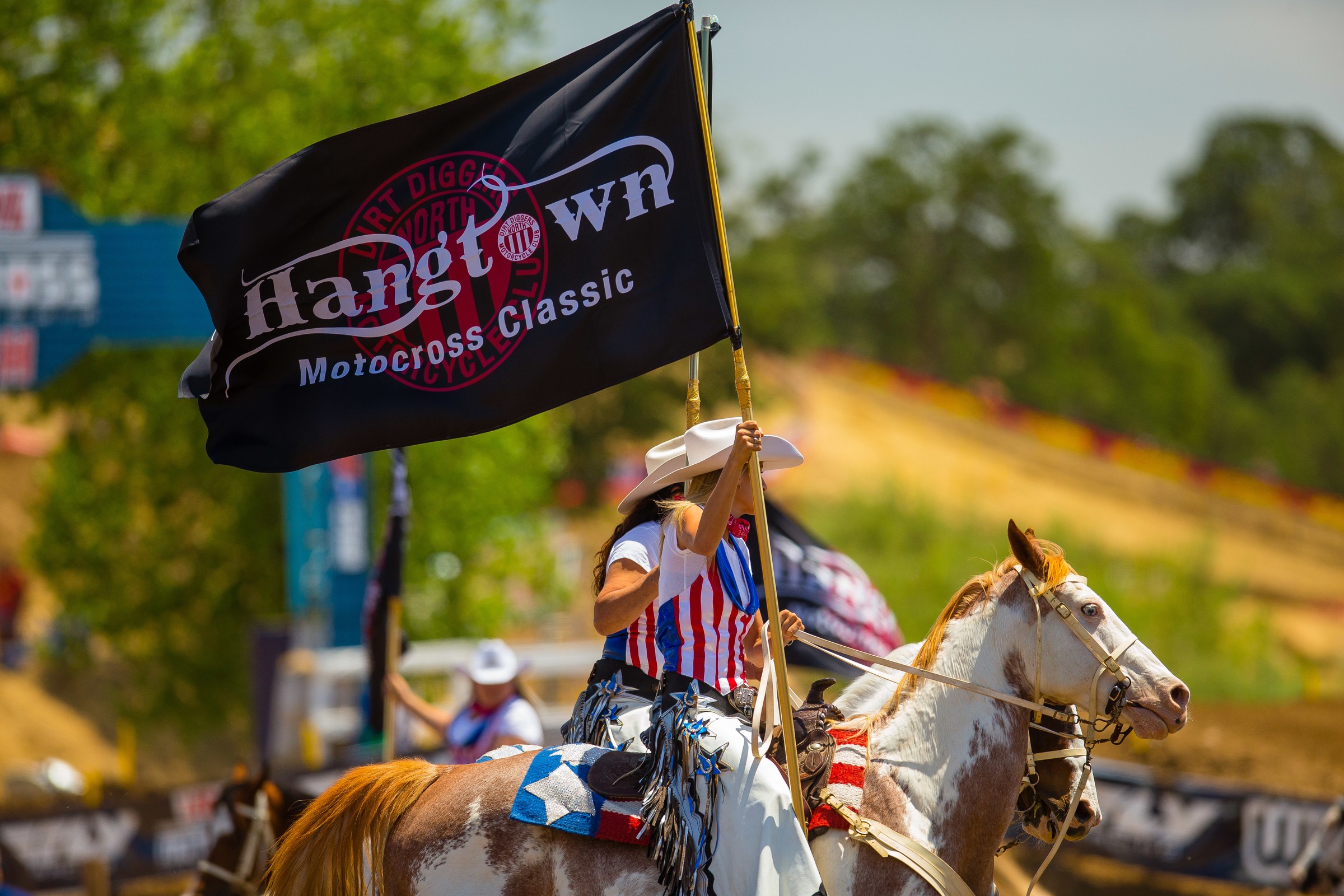 The great outdoors are here! The Lucas Oil AMA Pro Motocross Championship makes its triumphant return, kicking off at Hangtown. A staple of the series, Hangtown lies just outside Sacramento, California, the pride of NorCal moto. While it’s true that the first two rounds of the series have California addresses, they couldn’t be more different. Hangtown has its own unique identity even if the track has changed significantly over the years.

The fan base is pure moto and they turn out in droves on Thursday and Friday for the amateur event. I have spent a lot of time in this area both in my racing years and since, always leaving there with a reverence for the local riding contingent and the Dirt Diggers that put the event on.

The track is a tricky one. The base is rock hard. Go back and watch events from decades ago and you’ll see just how much work the track crew puts in to create a nice racetrack in modern times. Tons and tons of dirt is hauled in to soften up the concrete like base. That dirt is difficult to mix in, though, making for tricky areas where soft meets hard. One section of muddy ruts can lead into wet, icy hard pack. It’s tough for riders to find the right setting, tough for tire choice, and tough for suspension and chassis experts to interpret data and feedback. On one hand, the rider will want a soft setting to allow for traction in those icy areas. Softer settings give a better feel and more grip. The flip side of that are the fast downhills and deep sections. Those downhills beg for stiffer forks, creating more confidence and preventing a huge endo if things go wrong. It’s a balancing act and honestly, never feels just right. This track forces compromise, and compromise will always have riders complaining. My best advice is to find the most comfortable setup possible and then put it out of your mind. I was never able to find a “perfect” setting at this race, so it was a waste of energy chasing it. I put my focus on adjusting my riding to the track instead of chasing a magical setting that in 16 years was unable to find anyway.

A big factor looming could be the weather. Forecasts have steadily deteriorated in recent days, calling for rain leading up to and through the weekend. We have seen mud here before, most notably the 1991 deluge. I don’t think we will see anything of Biblical proportions but if it does rain, we could have another 2002 version on our hands. The hard base of Hangtown doesn’t do much in the way of water absorption so if the rain does come, it accumulates quickly. It would be more of a water laden track than mud, wreaking havoc on eyes and engines. The soft dirt would get scraped off by track crews in hopes of salvaging the track, leaving nothing but rock-hard earth below. That hard base will repel the water, then flowing downhill and pooling into low spots. That’s not much fun for racing and very hard on engines as it splashes into air-boxes. None of this sounds like a good Saturday to open the series. Let’s hope the forecast changes as it’s known to do in northern California.

Will Cooper Webb have a supercross hangover or does the momentum keep rolling?

Eli Tomac has been nearly unstoppable at Hangtown. Is 2019 more of the same?

The 250 Class feels wide open. Who will fire the first salvo?

Blake Baggett has struggled with bike settings at Hangtown, giving away valuable points early in the series. How can he change that narrative?

Will AC92’s Vegas nightmare fuel him or distract him?

How will the “rookies” do?  Most notably, Thomas Covington and Hunter Lawrence are making their AMA Pro Motocross debut.

Dean Ferris’s last race in America was High Point 2017 and it was impressive to say the least. Can he rekindle that magic?

How will the amateurs do? With the new rule change, there will be several youngsters giving these first few rounds a shot.

Dylan Ferrandis won his first American championship just two short weeks ago, and many have him as their title favorite this summer.

Eli Tomac lost the SX title but his riding is second to none right now.

Zach Osborne dominated this race on the 250 last season and has been building momentum. He is one of the more interesting riders to watch entering Saturday. He could surprise.

The riders who have been focused on outdoor motocross for the past few months (Covington, Lawrence, Ferris, McElrath, Smith, etc) will have a small edge entering Hangtown.

Adam Cianciarulo lost the title in the most heart-breaking of ways. He can let this motivate him or emotionally cripple him. I hope he comes out swinging.

Justin Hill’s SX season didn’t really go to plan. He is absolutely one of the most talented riders in the field, but he is going to need to prove it this summer.

Josh Grant took a big tumble leading up to Vegas and will be out for an extended period, putting Dean Ferris into the mix this summer.

Kris Keefer has as many or more fans cheering for him than any other rider.

Cianciarulo qualifies fastest in the 250 Class.

Steve Matthes spends his entire day barking orders while submerged in a hot tub under the SmarTop/Bullfrog Spas/MotoConcepts Honda tent.