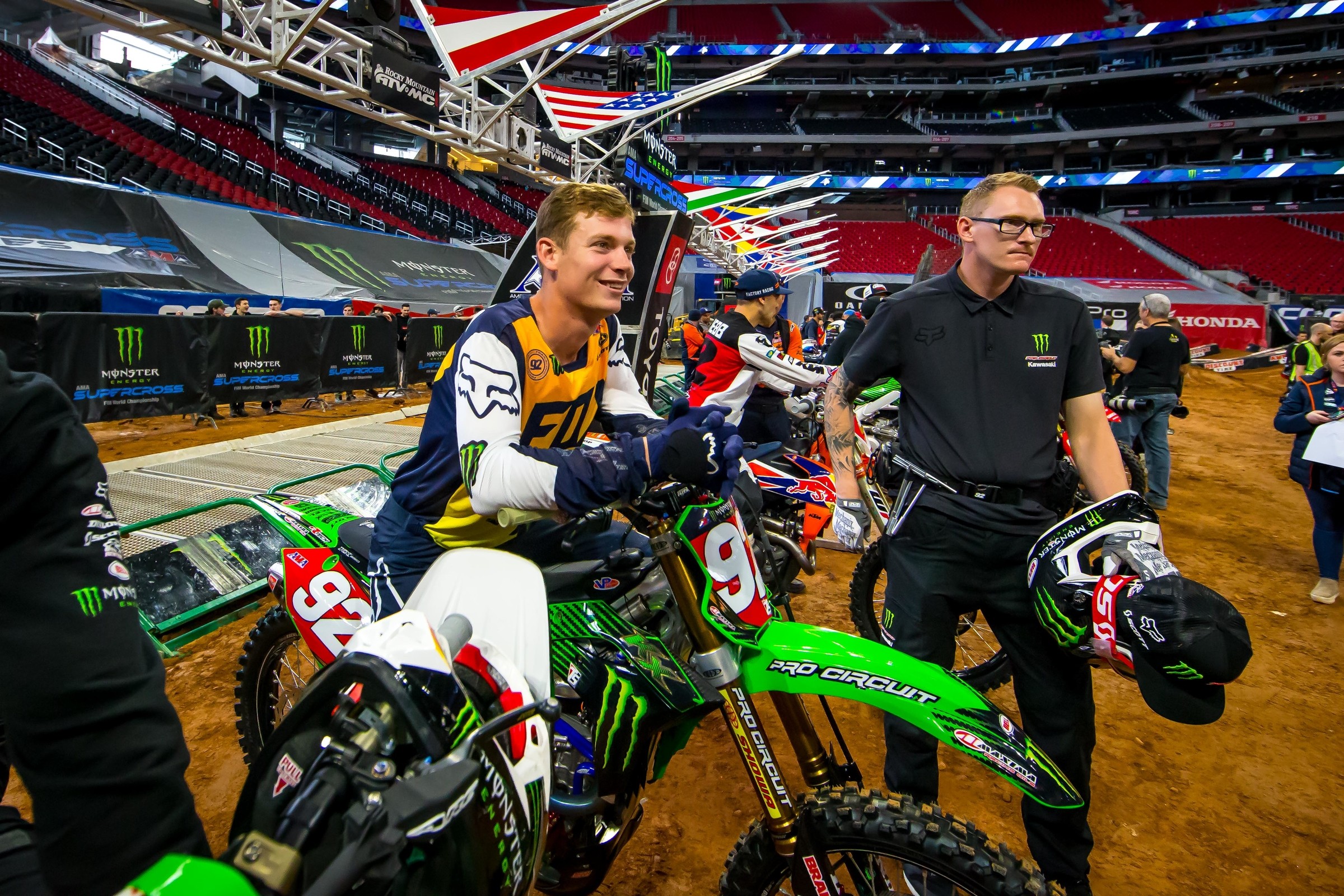 It’s top-down economics when it comes to salaries and leverage in this sport, as each year’s contract negotiation (silly season) period follows the same pattern: the top dudes get the deals first, then the mid-tier guys fall into available slots, and then a few hopefuls scramble for whatever is left.

This means that, by May, most of the bigger names are already locked up, and the mid-tier guys are now in line looking for their best position. Ken Roczen announcing a new three-year Honda deal last weekend in Las Vegas is a perfect example. Who will be his teammate next year? That becomes the next question. Here are three key developments to watch over the next few weeks:

Cooper Webb has a two-year deal with Red Bull KTM so he’s not going anywhere. But Marvin’s deal is up at the conclusion of the Lucas Oil AMA Pro Motocross Championship. Judging by fan comments on this website and all over social media, it seems like people are expecting Marvin to be out of there. Does Webb coming in and winning the supercross title sting a little too much?

It doesn’t. Marvin is smart enough to know, A) there aren’t many big-dollar suitors elsewhere and B) even though he hasn’t won a 450 title yet, he’s still ridden/performed very well. Is he really going to get better by going somewhere else? We on the outside tend to overstate the personal drama in these personal relationships. Marvin might not be pumped that a new teammate won the supercross title instead of him, but he’s not so mad that he would throw away the KTM/Aldon Baker relationship. Further, KTM knows racing is fickle and Marvin is still a contender. Just because Cooper just won a title doesn’t mean they don’t want or need a second title-contending level rider.

In Las Vegas, Marvin said he hasn’t signed a deal yet, but he wants to stay.

“I’m working on it [a deal], and I know I have a lot of support from Red Bull KTM,” he said. “It’s been ten years I’ve been racing for KTM this year. So it’s very special and I’ve been very happy. I’m looking forward to the future. I don’t really see myself anywhere else.”

We believe this is already done, and Eli has signed a new deal with Monster Energy Kawasaki. The team’s PR staff will not confirm this, but we don’t expect Eli to be anywhere different in 2020.

Here’s the pressure point. Joey is on a one-year Kawasaki deal, but it’s played out beautifully for him because he’s ridden very well as a 450SX rookie and raised his stock. All any rider can ask for is a chance to prove himself, and Joey pulled through. We hear a Team Honda HRC deal could be coming his way. Where does that leave Cole Seely? We will have to see.

Some fans have been pining for a BFF Ken Roczen/Adam Cianciarulo Honda super team, but we believe Adam will end up staying with Kawasaki, taking Savatgy’s spot on the 450 factory team. Adam doesn’t have to leave the 250 class, but when 450 factory offers come your way, you take them. As for switching to Honda, Kawasaki and Monster Energy have years of branding equity built up in Adam, and it’s not likely they’re gonna let him walk. The most likely scenario is to see Adam on green and Joey on red in 2020.