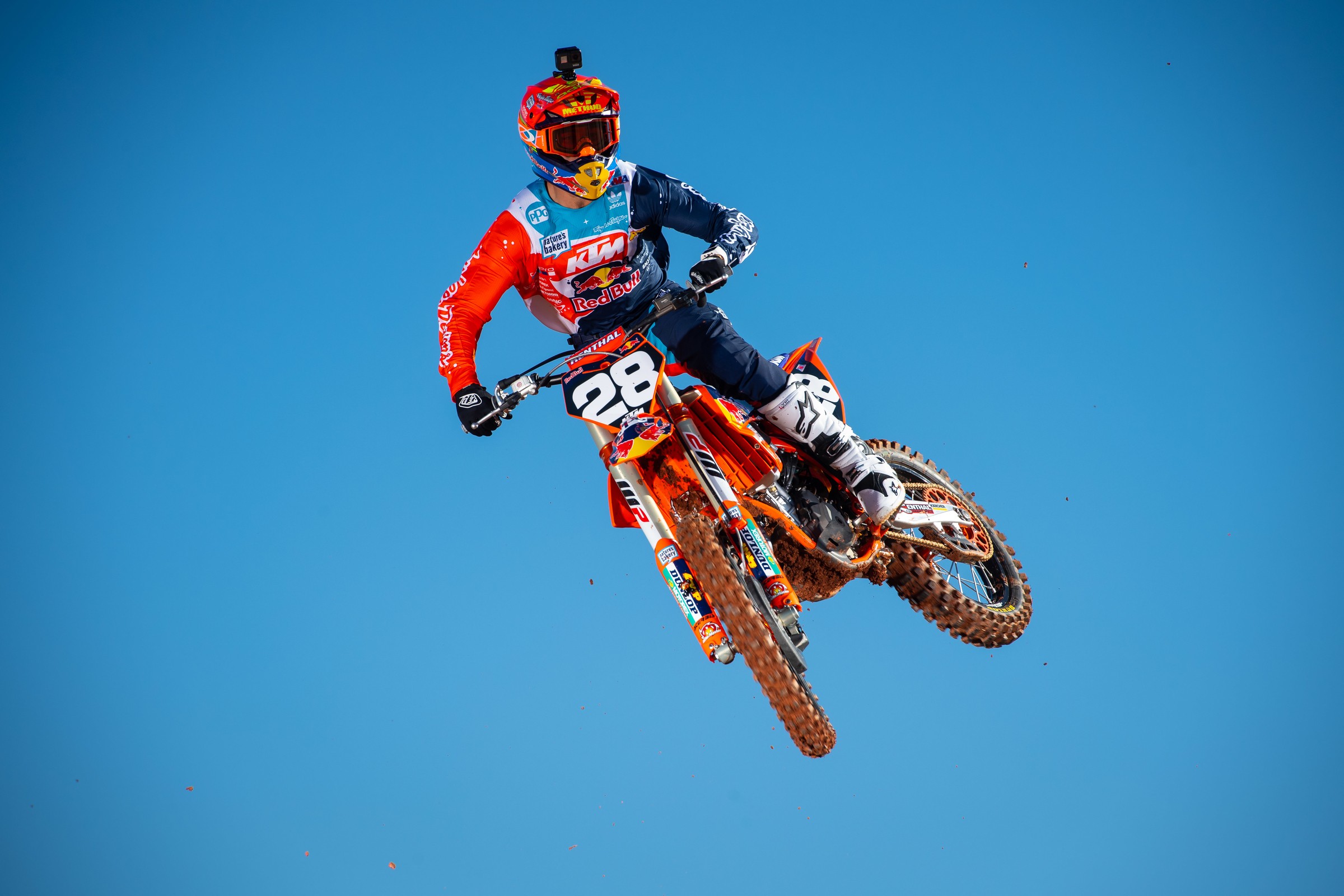 Luckily for you, we’re here to help. Here’s a handy guide for the weekend to keep track of who is racing which number for which team.

Forkner made his pro debut with the team in 2016 at the Lucas Oil AMA Pro Motocross opener and is back for another year.

Davalos raced for the team from 2013-2014 before moving to Rockstar Energy Husqvarna. He returned to the team last season and was re-signed for another year.

Martin will miss the entire 2019 season due to a back injury sustained at the Tennessee National in 2018. Martin, whose contract was up at the end of 2019, has inked a two-year extension to remain with the team through the 2021 season.

Sexton hurt his collarbone in a mountain bike crash in December and was moved to the East Region.

Craig suffered a Bennett fracture (a common fracture of the thumb) in December. He underwent surgery and just got back on the bike this week. He’s expected to race this weekend but won’t have much time on the bike.

The Australian was set to make his Monster Energy AMA Supercross debut in the U.S. this weekend but he crashed about eight weeks ago and suffered an injury right where the collarbone meets the sternum. He was back on the bike and still on track to race Minneapolis until a crash two weeks ago aggravated the same injury. A timetable for Lawrence's return has not been set.

Smith is back for another year with the team.

The Alabama native returns to the U.S. after spending his entire pro career in Europe racing the FIM Motocross World Championship. He will make his SX debut this weekend.

A-Mart moves over from Troy Lee Designs KTM on a two-year deal.

Returns for another year with the team.

Continues multi-year deal with the team.

Oldenburg signed a two-year deal with the team in 2017.

The New Jersey native returns for a second year with the team.

Crown rode for Redemption Racing in the Canadian Nationals last year. He was signed when Cameron Mcadoo moved over to GEICO Honda as a fill-in.

Rode for Traders Racing in 2018. Is back for another year.

Was expected to make his pro debut this weekend, but recently suffered a broken femur.

Wharton made his return to racing last year with the now defunct I.B. Corp Racing team. He moved over to TiLube Honda his off-season.

The Brit returns to the U.S. with TiLube Honda.

Will finish the remainder of the Kicker Arenacross Series before moving over to Monster Energy AMA Supercross. He will make his debut at Atlanta.

Owen was expected to race the entire 250SX East Region, but he announced on social media that he will finish the Kicker Arenacross Series before moving over to Monster Energy AMA Supercross. He will make his debut at Atlanta.

Was expected to race the West Region but had a crash during the off-season and decided to move to the East Region.

Fleming made three main events during his rookie season in 2018.

The veteran from Texas was set for a 450SX deal with Phoenix Racing until that team scaled back to a Kicker Arenacross and 250SX effort only. Cunningham has put together his own privateer Honda effort with help from HRT.

The Floridian will enter his second pro season.

Cartwright recently graduated college at Florida State University and gets to focus full-time on racing.