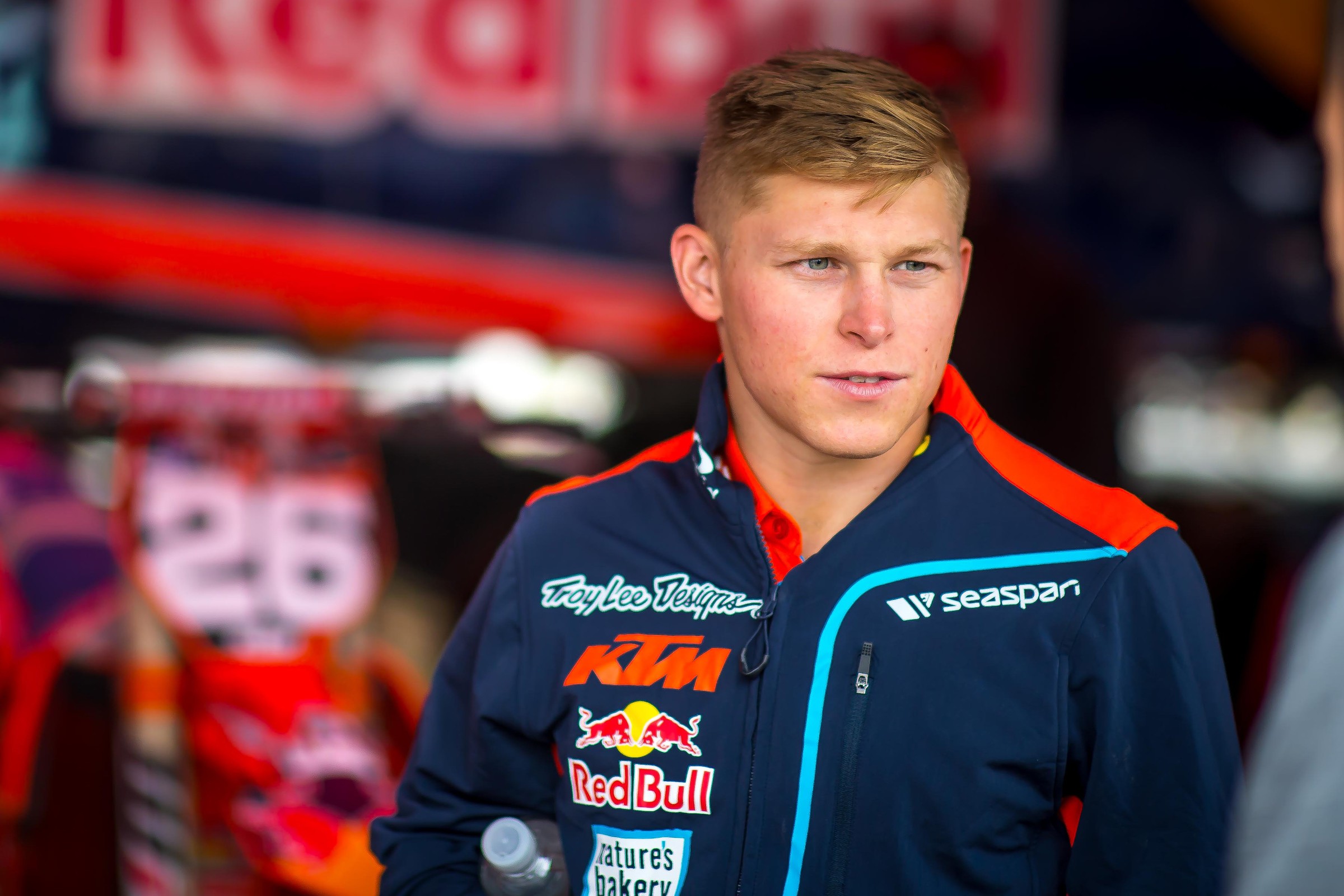 Real silly season news is coming early this year! Instead of the usual October 1 date for official team announcements, news is coming in hot and heavy here in August, including Monster Energy Yamaha announcing Aaron Plessinger will move to the 450 class next year and Monster Energy Kawasaki announcing that Joey Savatgy will also be moving to the big bikes.

Now comes news of a true team switch—the much-rumored Alex Martin to JGR Suzuki move is official as of today via a Suzuki press release. Alex, coming off of second place in this year's 250 National Motocross Championship, gets a two-year deal with JGR following a two-year stint with Troy Lee Designs/Red Bull KTM.

“I’m very happy to be joining the team and excited for the next two years,” Martin said in the team announcement. “The resources that the Autotrader/Yoshimura Suzuki Factory Racing Team has to offer, along with the facility at JGRMX in North Carolina, will be a huge benefit. Suzuki is coming out with a brand-new RM-Z250 for 2019, and I’m excited to get great results on the bike. I am looking forward to the next few years!”

“I’m pumped that a rider of Alex’s caliber will be on the all-new Suzuki RM-Z250," Autotrader/Yoshimura Suzuki Factory Racing team manager Jeremy Albrecht said. "Our goal is to win races, both in supercross and the nationals. Alex is extremely disciplined, a proven winner, and has that hunger to succeed. I feel really good about our chances in 2019 and beyond.”

Martin's slot on the TLD KTM is expected to be filled by rookie pro Mitchell Falk.

We've yet to get full details on the new Suzuki RM-Z250, and the bike is not yet available on the showroom floor, but we do know that JGR has already begun testing it.

The Autotrader.com/Yoshimura Suzuki team featured a four-rider 250 lineup in 2018, with Phil Nicoletti, Jimmy Decotis, Justin Hill, and Kyle Peters on board. Enzo Lopes eventually joined up when Peters was injured. Hill is moving up to the 450 class for 2019, and Nicoletti moved on to Rockstar Energy Husqvarna. No other announcements yet on who will fill out the rest of the slots besides Martin on JGR's 250 squad.

Get the Latest NEWS FROM RACER X