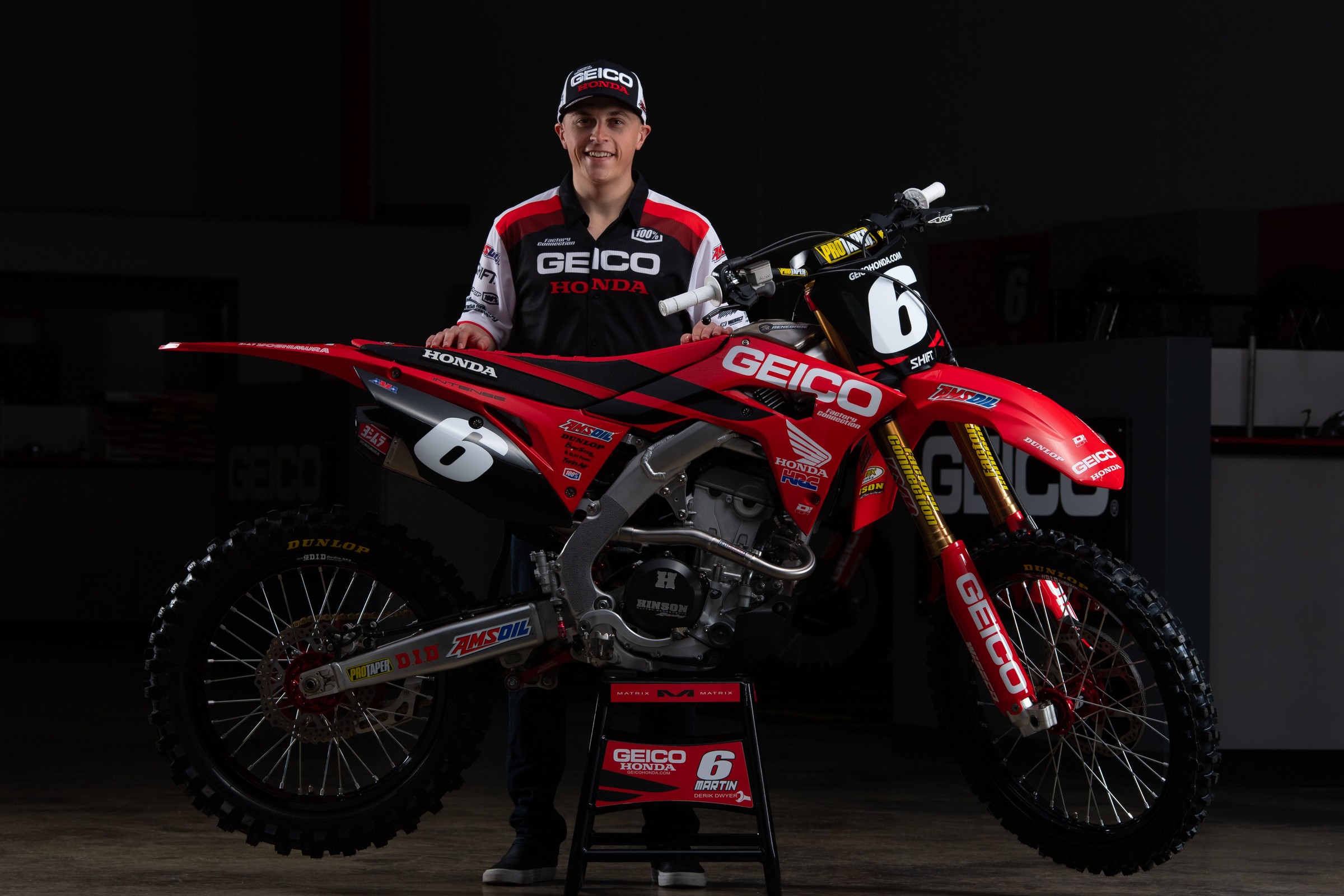 250 Words Jeremy Martin Back On the Mend

Just a month ago, I spoke to Jeremy Martin on the phone regarding his recovery from back surgery, and a scary crash at the Tennessee National, and he sounded upbeat. He had been cleared to do some light training, and have moved back to Eli Tomac’s place in Colorado to start road cycling. Cabin fever was over, because he could finally start training again. He was hoping to be back on a motorcycle in January, and while racing Monster Energy Supercross in 2019 was a long shot, he would certainly be back firing for the start of Lucas Oil Pro Motocross in May.

Then, a routine checkup revealed some terrible news: the burst fracture in his back had barely healed at all. The only solution would be another surgery, and that means undoing all the hardware already in his back, more rehab, more recovery.

“To get this news was a complete kick in the gut,” said Martin. “Racing is all I know and to sit out the entire 2019 season is going to be one of the biggest challenges I have ever faced.”

Martin had his first back surgery at the hospital in Bristol, Tennessee, near Muddy Creek Raceway, where he suffered a crash at the start of the second 250 moto of the day. This time he will go to the Steadman Clinic, in Vail, Colorado. It's the same clinic that performed Ken Roczen's surgeries.

“Now I have to take the steps to go back in and get it done right so I can be 100 percent,” said Martin. “They tried to do a fusion of five vertebrae, but it wasn’t successful. They’ll use less hardware, which should get the bone to heal 100 percent. It’s unfortunate because I was already six months into training, I was just ready to start some impact stuff. Now I have to start it all over again.”

Martin’s contract with GEICO Honda was set to expire at the end of the 2019 season, but the team has extended his deal through the 2020 and 2021 seasons.

“To have [team owners] Jeff [Majkrzak] and Ziggy [Rick Zielfelder] commit to me long-term proves they believe in me, and that motivates me to come back and overcome adversity,” said Martin. “That’s been the story of my career, though. Nothing has been given to me, I have worked and earned everything I’ve won. This will be no different.”

GEICO Honda announced Martin’s situation in a press release today, while also revealing the coast the remaining 250 riders will compete in for Monster Energy Supercross. Christian Craig recently suffered a fracture in his thumb which moves him to the 250SX East Region of Monster Energy Supercross. Australian supercross rookie Hunter Lawrence will join him there, with RJ Hampshire and Chase Sexton kicking off the 2019 season for the team at the 250SX West Region opening round at Angel Stadium in Anaheim, California on January 5.

As for Martin, the long recovery just got much longer, but he and his team are banking on him returning as strong as ever in one year’s time.