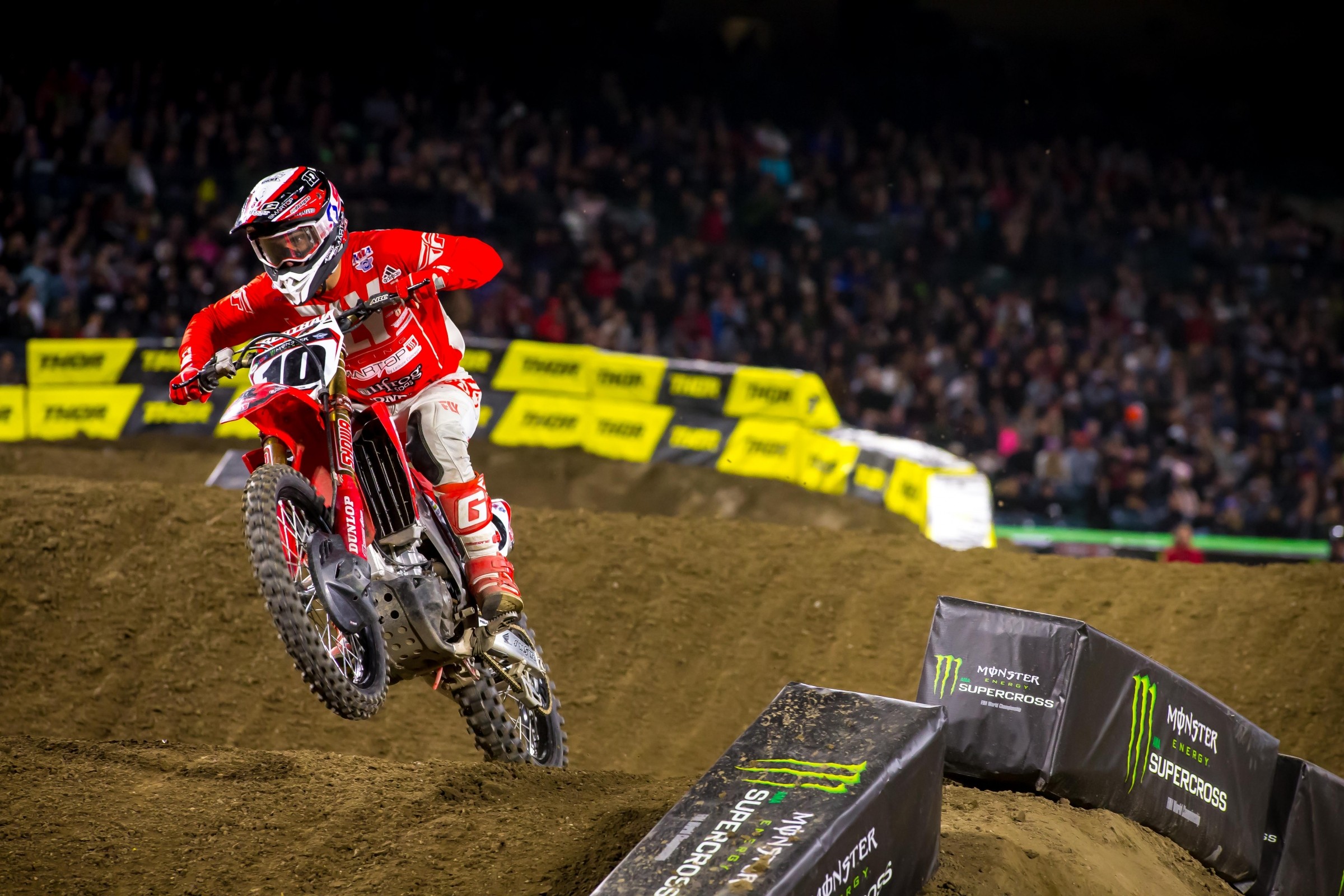 Exhaust: Where do Riders Actually Get Tired?

The folks at LitPro recently sent us some data from the early rounds of Monster Energy Supercross (LitPro is a high-definition GPS device attached to a rider's helmet, and it can measure G-force, heart rate, bike angle, line selection, and more) and some numbers really made an impact. Heart rate data is, of course, amazing in this sport. Christian Craig was carrying a heart rate above 200 during his races at Anaheim 2, and he held it there with no problem—which many doctors would probably claim isn't even possible. But Christian said that's just normal for him!

That's merely the end result, though. What makes a rider's heart rate go so high? What sections of the track are the most difficult?

LitPro also revealed that riders will sustain up to 2.8 Gs of acceleration force just launching off the line off the start, and again as they grab gears down the straight. 2.8 Gs is a lot, considering the start is completely flat. What about the jumps and the whoops?

To really understand, I talked to Justin Brayton at the end of the Anaheim 2 Supercross and quizzed him regarding certain sections of the track. Surprisingly, Brayton actually says jumps are the easiest part of the track, and he will even use long rhythm lanes to rest and get his heart rate down during a race. The tough stuff? Tight turns, whoops, and any obstacles that require a rider to transition from sitting to standing. At Anaheim 2, the tight section after the start created the most fatigue.

Check out the video below to watch our conversation. I threw in some video clips of the Anaheim 2 race to help further illustrate the sections Brayton was talking about. The toughest part of Anaheim 2? Brayton believes it was three slow rollers after the first set of whoops. Looks way easier than jumping something big, but that's not how it actually works.

Also at Anaheim, a lot of talk about the shorter eight-minute first main event. Do riders actually pace themselves slightly? Can they go faster if the race is shorter? Brayton explains it here.