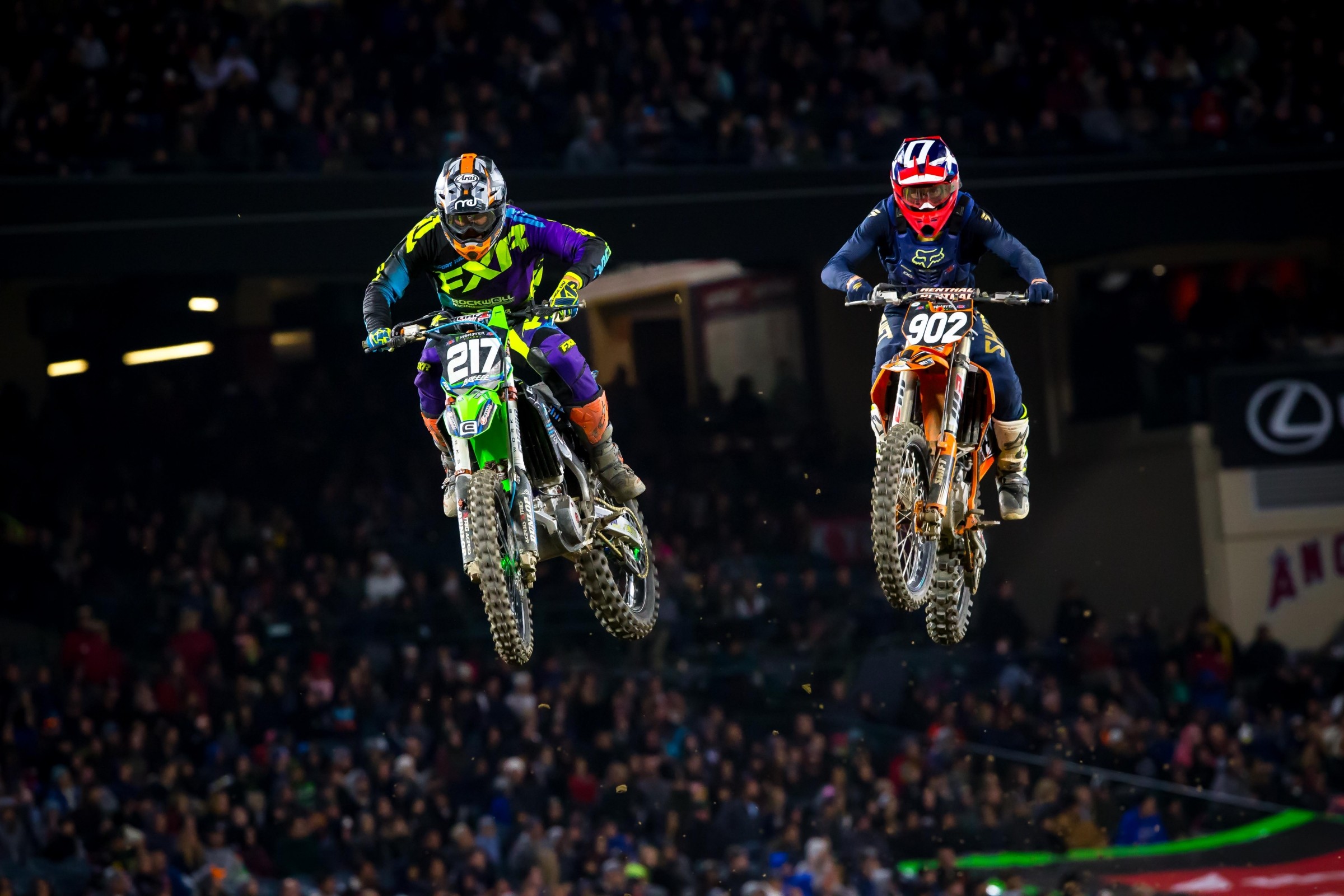 Privateer Three Rounds with the Underdogs

In recent weeks, a hotly (I use the word lightly) debated topic has been discussed on the PulpMX Show: who exactly is a privateer nowadays?

Steve and multiple guests could not come to a conclusion, so he just decided to award points to the first riders to NOT make the main event for his PulpMX Quadruple Crown auction. (Make sure to donate—100 percent of proceeds go to a rider.)

I’m not here to discuss the semantics on who is or isn’t a privateer, because honestly, I don’t really know anymore. I’ll leave that to Matthes. He seems to enjoy ranting about stuff.

Anyway, instead of the typical Q&A with a deserving “privateer,” we’ve decided to spotlight a few riders—who may or may not be privateers, depending on viewpoint—who have performed well over the first three rounds.

Feel free to debate below about who is and isn’t a privateer. We just know that they’re all trying hard.

Ok, I don’t think there is much debate here: Bowers is definitely a privateer. While he’s only competed in two of three rounds (he skipped Houston to race in Germany), the 250SX race winner is currently 18th in points. He’s had top-15 finishes at A1 and A2, and has only finished behind factory riders. Good start to the season for the Bear.

Again, no debate, LaMay is a privateer. Following a few years competing in Amsoil Arenacross, the Alaskan Assassin is back in Monster Energy Supercross, pitting out of the TPJ Racing rig. LaMay recently told us his goal this year is to “hopefully change some people’s idea of what kind of rider I am.” Through three rounds he’s off to a good start, making all three main events.

Tedder made just two 450SX main events in 2017; he’s made three already this year. The long-time Kawasaki rider changed to a KTM and has been impressive through three rounds.

Ray says he’s not a privateer, which I agree with. CycleTrader.com/Rock River Yamaha is a good team in the pits. But I still feel like he needed to be mentioned here, because he’s been riding great. He made only nine main events last year; he already has three to his credit this year. Let’s bestow some credit to Davi Millsaps, who has been working with A-Ray.

The #722 made just seven main events in 2017 and never on consecutive weekends. After easily making the main events at the first two rounds, Enticknap missed out in Anaheim 2. Still, he’s riding much, much better this year and should improve upon his main event total.

Like A-Ray, Cunningham probably isn’t a “privateer,” but he’s been riding great in his return to 450SX, and Hansel would kill me if he didn’t get a mention. Riding for the new H.E.P Motorsports Suzuki team, the veteran has made all three mains and is 17th in points.

Starling rides for AJE Motorsports, so not really sure if he’s a “privateer” or not, but he’s riding well and is currently 15th in 250SX West Region points. So, he deserves a mention.

Pretty sure he’s a privateer, but not 100 percent, because I know zilch about his program. He’s made all three mains and is at the top of the “who is that guy?” list. Good start to the season for Ramos.

Auberson has been coming over for a few years and is a regular in the main event. Still, the Swiss native deserves some props—he’s made all three mains and is 19th in points.