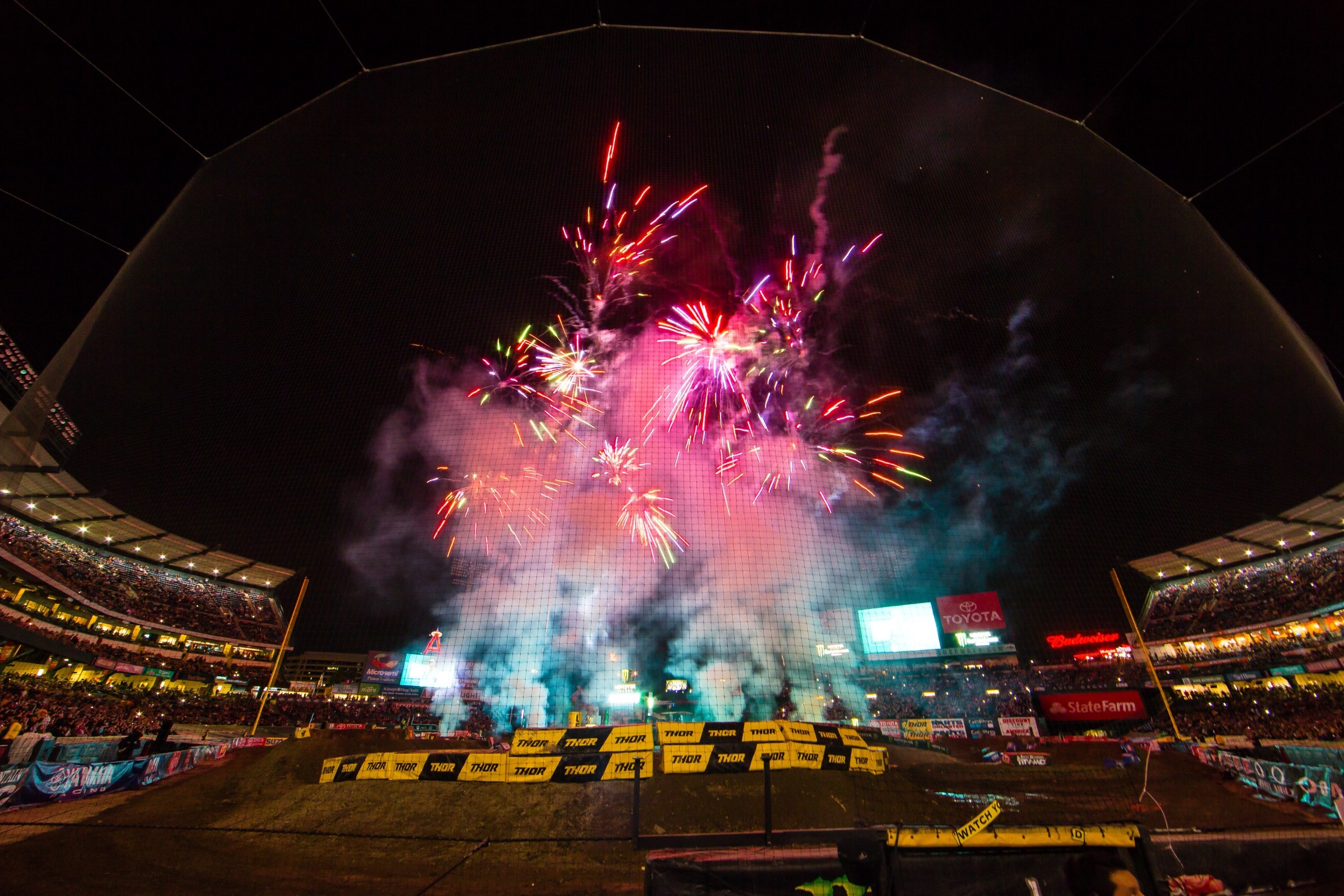 New Year’s Day doesn’t fall on January 1 in this business. New Year’s Day is Anaheim 1 day, which falls on January 6 this year. James Stewart once said his life was all about January 7, which was Anaheim 1, 2005. For those living the dirt bike life, this is New Year’s, Christmas, and your birthday all wrapped into one.

Here are smaller things that would be cool to see.

Super Cooper: Look, I know everyone wants to go all #deepfield, but the field is not as deep as it once was. Ryan Dungey and Trey Canard retired last year, we’ve lost Ryan Villopoto, Chad Reed is going to be limping out (I don’t even want to mention James Stewart not being in the field, so I’ll just put it in parentheses and we’ll make it a secret between you and me, okay) and the 250 class hasn’t graduated any 450 rookies with race wins to their credit. Revised pointing out rules allowed the likes of Justin Hill, Zach Osborne, Joey Savatgy, and Martin Davalos to stay in the 250s for 2018.

Supercross needs a few more contenders to really make #deepfield legit, because right now you’re looking at last year’s Anaheim 1 field minus Dungey and Canard. The answer to the star power problem lays within the walls of the Monster Energy/Knich/Factory Yamaha truck. Cooper Webb is supposed to have the talent and moxie to get this done. If Cooper gets in the hunt, it would change the complexion of this whole thing. That was be amazing for a sport that needs some new blood at the top.

“I’m excited for A1,” said Webb in today’s Yamaha press release. “It’s been a long off-season, and a lot of hard work has been put in by all of us on the team. I have a completely clean slate going into 2018…new bike, new mindset, new everything. I can’t wait to kick this season off, and make it a good one!”

Barcia Factor: The same applies to Webb’s teammate Justin Barcia. Barcia, you can argue, already is a star. He already has a rep. If Barcia could operate at the sharp end of the pack again, he’d ruffle feathers and get people talking. But Barcia hasn’t had a relevant supercross moment in a long time—his last podium came on April 5, 2014. It’s not a sure bet to think he’ll just get his speed back. If he did, though, it would undoubtedly be exciting to watch.

Heat Race Mookie: Look, I’m still not even sure if Malcolm Stewart is even racing this weekend. I’m hearing chatter in all directions. He didn’t make it to Anaheim 1 last year. When he showed at round three, though, Mookie Fever started bringing heat to the heat races. Unfortunately, his temperature dropped dramatically once the main events rolled around. I’d love to see what a truly prepared and ready Malcolm Stewart could do in a main event, but I’d just settle for at least seeing some of that Heat Race Mookie magic.

Peick’s Peak: I still don’t think we’ve seen everything Weston Peick has to offer. In 2015, he was challenging Ryan Dungey for a podium at round two but then broke his foot; he returned to podium at the end of the season. In 2016, his season blew up as soon as he started launching haymakers at Vince Friese. Last year, he went 8-7-5 in the first three rounds but broke his wrist the next week, ending his season. I would like to see Weston just keep the train on the tracks this year. If he does, he’s going to surprise some people.

Speed We Can Work With: Dean Wilson became everyone’s hero story last year—he sucked it up as a full privateer at Anaheim, pitting from his dad’s old Sprinter van (with dad spinning the wrenches, too). He didn’t light the world on fire, but he showed enough pluck and determination to get a slot with Rockstar Energy Husqvarna. Again, he didn’t blow minds, but he was solid and he finally made it through a season without injury.

The wish that Dean could make it through a season healthy has come true. Now, here’s my question: after making it through a season, can he throw caution to the wind? Can the truly mind-blowing “we can work with speed” Dean Wilson stuff return to the track? That, my friends, would be awesome.

This year could be prime for a breakout. Peruse the names above and realize one thing everyone can agree on: you can never have a field that’s too deep. Make it happen, guys!