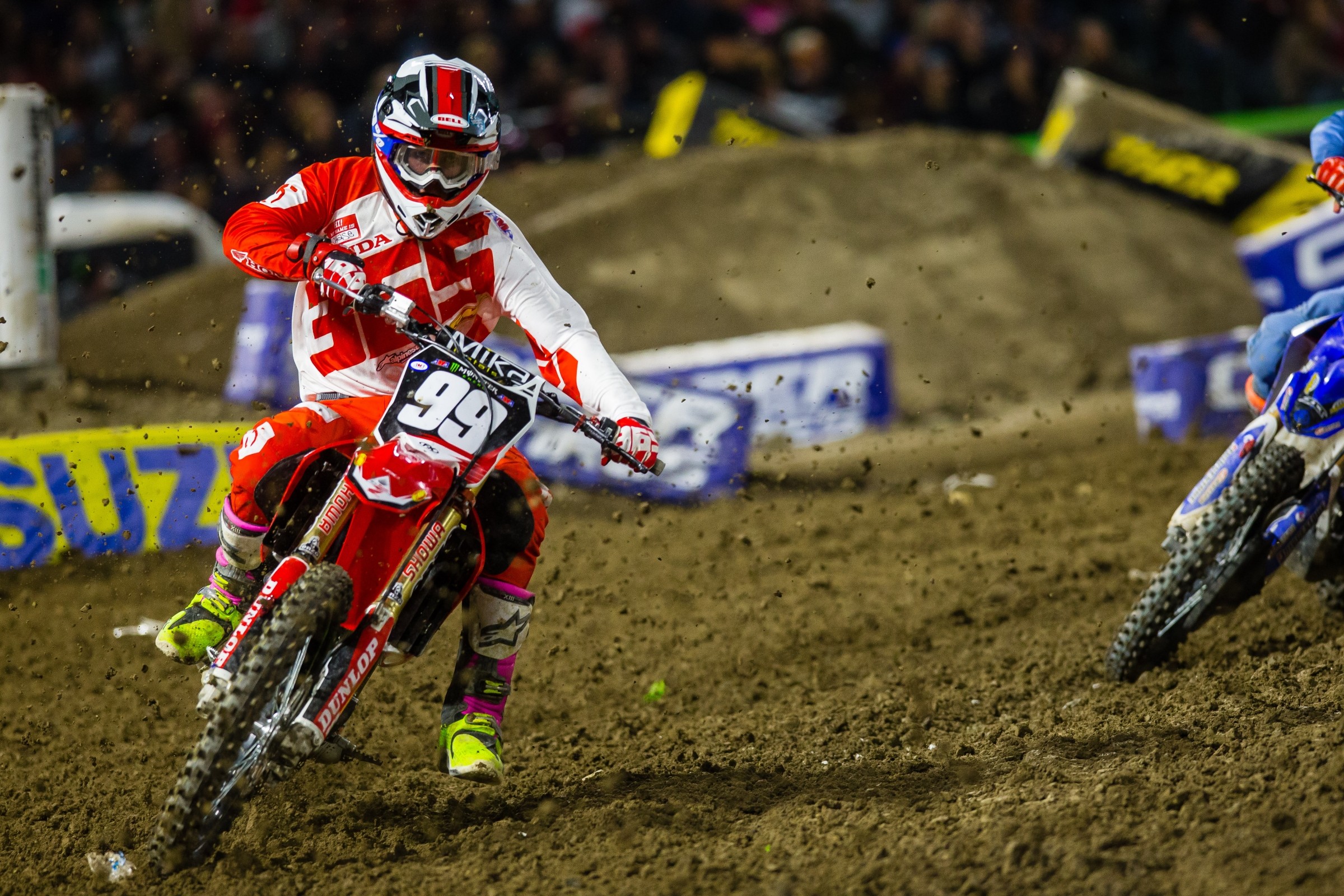 Chase Marquier’s Monster Energy Supercross season started out well with a 12th place finish at the 250SX West Region season opener at Anaheim. Similar finishes followed over the next few rounds, but his season came to an end early when he and Noah McConahy got together in a racing incident at the Seattle Supercross and both riders were sidelined with injuries. Marquier made a speedy recovery, but without anything lined up for the Lucas Oil Pro Motocross Championship he was left looking elsewhere to earn a paycheck over the summer.

The Pasion MX team in Costa Rica came calling and soon Marquier was on his way to visit another country for the first time in his life. We called up the current Costa Rica Motocross Championship MX2 points leader to talk about that crash in Seattle, his recovery, and how he’s been staying busy this summer.

Racer X: Last time we talked to you was around a month before you got injured (at the Seattle Supercross). Let’s start with that crash with Noah McConahy. Take me through what happened from your perspective.
Chase Mariquier: I got a decent start in the main. I think I was about eighth or so. The first lap, the rhythm sections were super rutted. A guy in front of me kind of jumped onto a tabletop and he didn’t go off for some reason. So, I had to check up. When I did, Noah McConahy was already committed and just kind of jumped right on my back. It was one of those freak deals. I don't know if it was anyone’s fault. It just kind of happened. Bunched up, and a racing incident.

And you broke your scapula and you dislocated your shoulder?
Yeah. I hit my head pretty good and broke my scapula. I actually didn’t know I had a broken scapula. I’ve never had a shoulder injury, but they were telling me my shoulder was out. We were trying to get that thing in for about an hour or so. It was pretty bad. We ended up just going to the hospital and that’s when they took CAT scans and they told me my scapula was broken pretty bad.

What is the recovery like for a broken scapula? I imagine it’s kind of like breaking a rib where you just feel it in every little movement you make.
I went back home and got to my doctor and we did surgery. They put two plates in it. The recovery time was pretty quick. I was really surprised by it. I think I was already back in the gym about five weeks after I did it and back on the bike in seven or eight weeks. It wasn’t bad at all.

You weren’t planning on doing outdoors anyway, right?
No, I didn’t really have any plans to do it, if I was, I was going on my own. But I actually got a call from the Costa Rica team. It’s what Colt Nichols did back in 2014. [Tyler] Bowers did it a few years back. They called me and asked if I would be interested in coming down and racing for the summer. I wasn’t going to pass an opportunity like that up, so I went down there. I’ve been racing there all summer. It’s kind of a weird schedule compared to here. It’s like one to two races a month. So you don’t go down very often. I’m actually going back this weekend for the eighth round. There’s two more rounds after this one.

Had you ever been racing outside the country before this?
No, I’ve actually never been out of the country in my life until I went down there.

What kind of adjustments did you have to make? Was there any culture shock?
It didn’t really seem too weird, honestly. It kind of seemed like here. The tracks are very slick. They’re beyond slick, nothing like here. But I think what took me the longest to get used to was riding a KTM, because it’s a KTM team down there. I wasn’t familiar with the KTM, so that took me a little bit. I actually went and picked up a KTM at home and kind of just rode a KTM all summer just so I could be prepared for down there.

How did that opportunity come about? Was it just kind of connection to those guys reaching out to a U.S. guy like they had in the past, or did you seek them out?
I knew they had my buddy Colt Nichols down there in 2014 and he’s really good friends with Casey Huntley. Casey kind of puts it all together for the Americans to come down. So, that’s when he got a hold of me and asked me if I wanted to come down. That’s what I did.

With that relaxed schedule of you only doing one or two races a month, is it kind of hard to stay in race mode when you’re not racing every single weekend?
It’s kind of weird not racing all the time. I’ve been trying to do a bunch of little local races at home, some races with pro payouts and stuff like that. So, I’m trying to keep busy. Even though I’m racing just once a month I’ve still been riding every week and training.

What have your results been like?
I’ve won every round except the first round I came back from my broken scapula. Travis Sewell actually beat me.

I know it’s kind of early, but how are things looking for supercross next year?
I’ve been trying to gather something up for supercross. I’ve had a few people kind of come to me and ask if I’m interested. I’m kind of just waiting right now to see if something better comes along, or something along the lines of that. I’m going to be racing Monster Energy Cup and Red Bull Straight Rhythm.

Are you doing that under your own program or is somebody helping you out for those races?
I went and bought a brand new 2018 Honda CRF450R. I’m going to go race Monster Cup and then I’m going to race Straight Rhythm in the 250 Class on my race bike from last year.

Have you ever done any Straight Rhythm stuff?
No, I haven’t. Greg Albertson actually built a track close to my house and I’m going to start riding that next week.

How are you expecting to do at those races?
Monster Cup I’d be happy to go make the race, the main, which I know I’m very capable of doing. Then Straight Rhythm, I don’t even know what to expect. I really don’t know. I just want to be up there and battling for the win with the top guys.