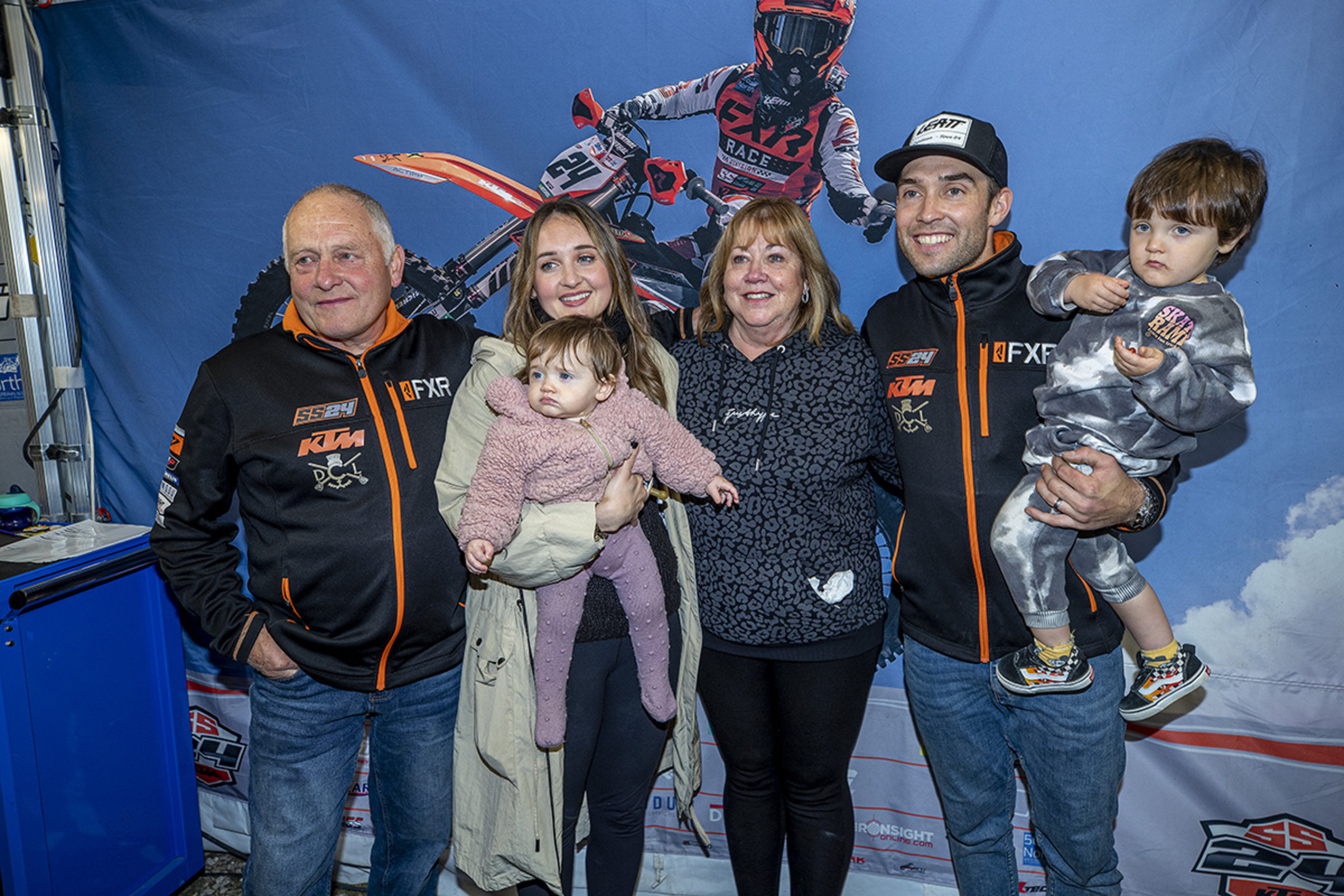 Nine-time champion Antonio Cairoli was not the only MXGP racer to compete for the final time at the MXGP of Città Di Mantova, as both Shaun Simpson (KTM) and Kevin Strijbos (Yamaha) competed in their final MXGP races as full-time pros. Cairoli finished 28-10 for 15th overall (after a broken shifter ended his first moto prematurely, Simpson finished 16-18 for 20th overall and Strijbos finished 26-20 for 23rd overall. Cairoli finished sixth overall in the standings, Simpson 17th, and Strijbos 21st.

Below is a press release from SS24 KTM MXGP:

The UK’s most successful off-road motorcycle racer in the premier class of the FIM Motocross World Championship, Shaun Simpson, jumped past a Grand Prix checkered flag for the last occasion as a full-time member of the MXGP field tomorrow at the Citta di Mantova round in Italy.

The 18th and final event of the 2021 MXGP series was also the curtain-closer for the 33-year-old Scot and the SS24 KTM MXGP team.

Simpson, son of former Grand Prix rider Willie, made his Grand Prix debut as a 16-year-old in 2004 and entered the MX2 series full-time in 2005. He seized his first podium finish in 2008 where he finished fourth in the world and joined the imperious Red Bull KTM Factory Racing Team, going on to claim his first chequered flag before injury struck.

The Scot, from Gauldry close to Dundee, moved up to the MXGP division in 2011 at the age of 22, and went on to achieve four Grand Prix wins (with two different brands) and six podium results, classifying fourth in the world as a privateer in 2015.

The popular racer, three times British Champion and ex-Belgian Champ, will continue competition but narrow his focus to domestic series’ in 2022.

“What can I say? It’s time,” he commented. “2020 was a disaster with the pandemic and also my concussion and back injury, so it was important to come back from that and prove that I can still compete at the highest level. I wanted to close the story in the right way and when we’ve made starts then we’ve run top ten pace in MXGP this year, especially when 2021 is maybe the hardest and toughest season I’ve ever seen or experienced for speed. It’s crazy-fast and competitive.”

“It almost goes without saying that I owe so many thanks to many people, everyone who believed in me or backed me or took a chance on a Scottish kid who just wanted to fulfil his dream of riding at the top. The journey has been brilliant: at times hard and painful and at times everything that you’d expect from a career in this sport. We’ve travelled the world, met a lot of very cool fans, beaten some of the best riders and had an amazing time.”

A Career in Numbers:

1st: The first British rider to win in the MXGP category and the last privateer to triumph with victory at the 2013 Grand Prix of Benelux

10: Years competing in the MXGP class

4: National titles in Britain and Belgium