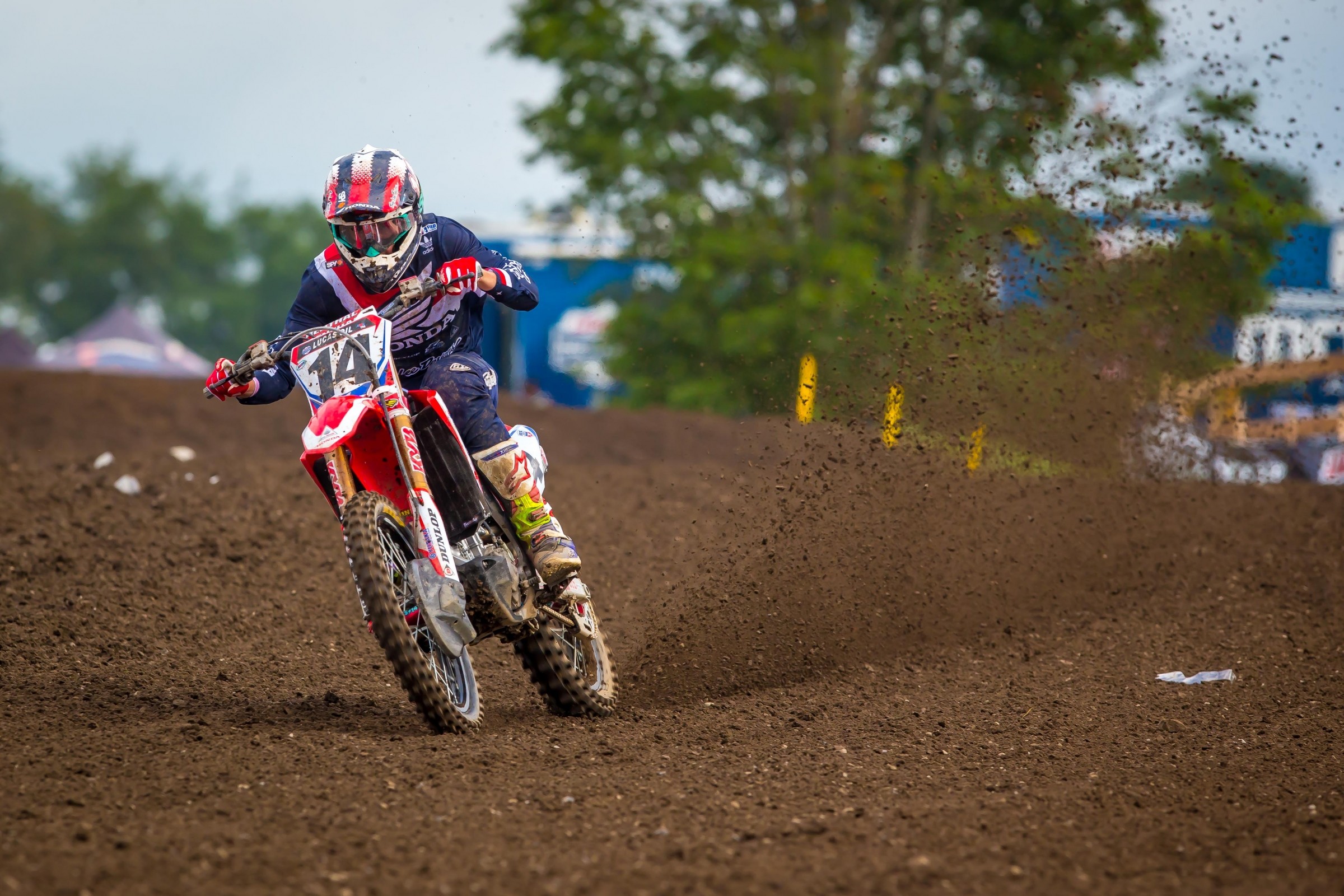 3 on 3 Motocross of Nations

1.) Zach Osborne wants to race this event so badly that he would have been willing to race anything—a 250, a 450, heck probably a vintage Husqvarna if asked—but Team USA is keeping him on his standard 250. Is that the right move?

David Pingree: From the outside looking in, I don’t believe so. Thomas Covington is much younger and less mature as a racer and he should be kept on the 250 where he is comfortable. Osborne is a strong guy and he could quickly adapt to the larger 450 machine, in my opinion. Also, Zach’s team has good setup starting points from their work with Jason Anderson and that counts for a lot. Zach and Cole Seely on 450’s would have been a better choice with Covington tackling the 250 class. But, maybe there’s information that Roger DeCoster and the guys have that I don’t that influenced that decision.

Jason Thomas: I think it is. Osborne gives Team USA a great chance of winning the MX2 class. If he can put up winning scores on the 250, that puts us in a great spot for success. Those low scores on the 250 weigh heavily in the overall score. If he could get into the top three of the combined 250/450 motos, his next MX2 competitor could finish several spots behind him. Those spots could prove to be invaluable in the MXoN scoring system.

Steve Matthes: Yeah, I think it is. I mean Osborne has ridden a 450 at this event before and very fast but he's legitimately the favorite, at least in my eyes, to win the MX2 class this year so you've got to take that option if you're Roger DeCoster. Also, Osborne's speed and fitness are way on point so if he gets buried off the start racing with 450s, he's got all the skills needed to work forward. I like it.

2.) What teams are sticking out as favorites for this year's race?

Ping: France and Belgium will be good, as has become the norm. I think the Great Britain team could be the dark horse with the addition of Dean Wilson. Max Anstie has been riding well this season and if Tommy Searle and Deano put together good motos, which they are certainly capable of, they could be in the hunt.

JT: France has to be the favorite as they are coming off of a two year winning streak. They lost a valuable pawn in Musquin, but they have two 450 front runners-in Paulin and Febvre teamed up with Dylan Ferrandis. Febvre hasn't been as good this season as in years past, but he always finds a way to come alive for this event. If this were Vegas, they would be the significant favorite.

The UK, Belgium, Australia, and the Dutch all have strong teams, too. They might have a hole here or there but if any of those teams ride to their potential, they could be standing on top of the podium on October 1. The toughest part of this race is having three separate guys all have great days simultaneously. Six motos without a big crash or mechanical issue, first turn pile-up, etc. is a big ask. Everyone has that one drop moto cushion in this format but most want to use that for a so-so moto, not a DNF. Unless France dominates, I expect the overall win to change hands a few times that final moto. High drama in Britain, indeed.

Matthes: Got to go with France like JT says. They're looking great to win their fourth MXoN in a row. I know the race is a ways away but Dylan Ferrandis is a very solid pick and Paulin always steps it up at this race (although last year he wasn't as spectacular in his farewell ride on the Honda). I think France is the betting favorite going in and after that I think Great Britain, Belgium, and the USA are right there. I mean, aren't they always at this event? Sleeper countries are Australia and Switzerland and can Canada repeat its success from last year? I know a lot of people are talking about the Maple Leaf. Wait, just me? Okay.

3.) Osborne and Convington actually have experience on this track and with GP-style racing in general. How much will that help?

Ping: I think experience at that venue and in Grand Prix racing in general helps immensely. The des Nations resembles a GP in the way it is run much more closely than a U.S. National. Just being comfortable with that, as well as your surroundings and the people, can go a long way to making you feel relaxed and focused. Seely will have to work through it and adapt, but Covington and Osborne should feel right at home. Oh, and then there’s the possibility of mud … another thing you become very familiar with in GP racing. I was stoked to see Seely do well in the muck at Unadilla and hopefully he brings that acumen to England if it turns wet.

JT: It will definitely help, but it really just puts them on more of a level playing field with the other teams. USA will have the only rider in Cole Seely who has never ridden this track. We will also have our Open rider (Covington) who has never raced a 450 in professional competition. So, while it's certainly a plus that they have ridden this course, I think we still have some serious odds to overcome if we want to bring home the Chamberlain Trophy. The most beneficial aspect of this whole situation is that no one really expects Team USA to win this year. It's been years since that was the case so maybe they can capitalize on the reduced pressure.

Matthes: Well, sure that will help, but just about every other front-runner at this race not named Cole Seely also has GP experience, right? Look, this is going to be a tall order for Team USA to break its five-year winless streak but they can do it, this isn't General Custer going into Little Bighorn. They're good and they'll need some breaks to go their way. I imagine if there was the internet in 1992, Jody, Wolfman, and the gang would've been saying that same thing about Team USA back then. They were just as much underdogs as this group and they won.