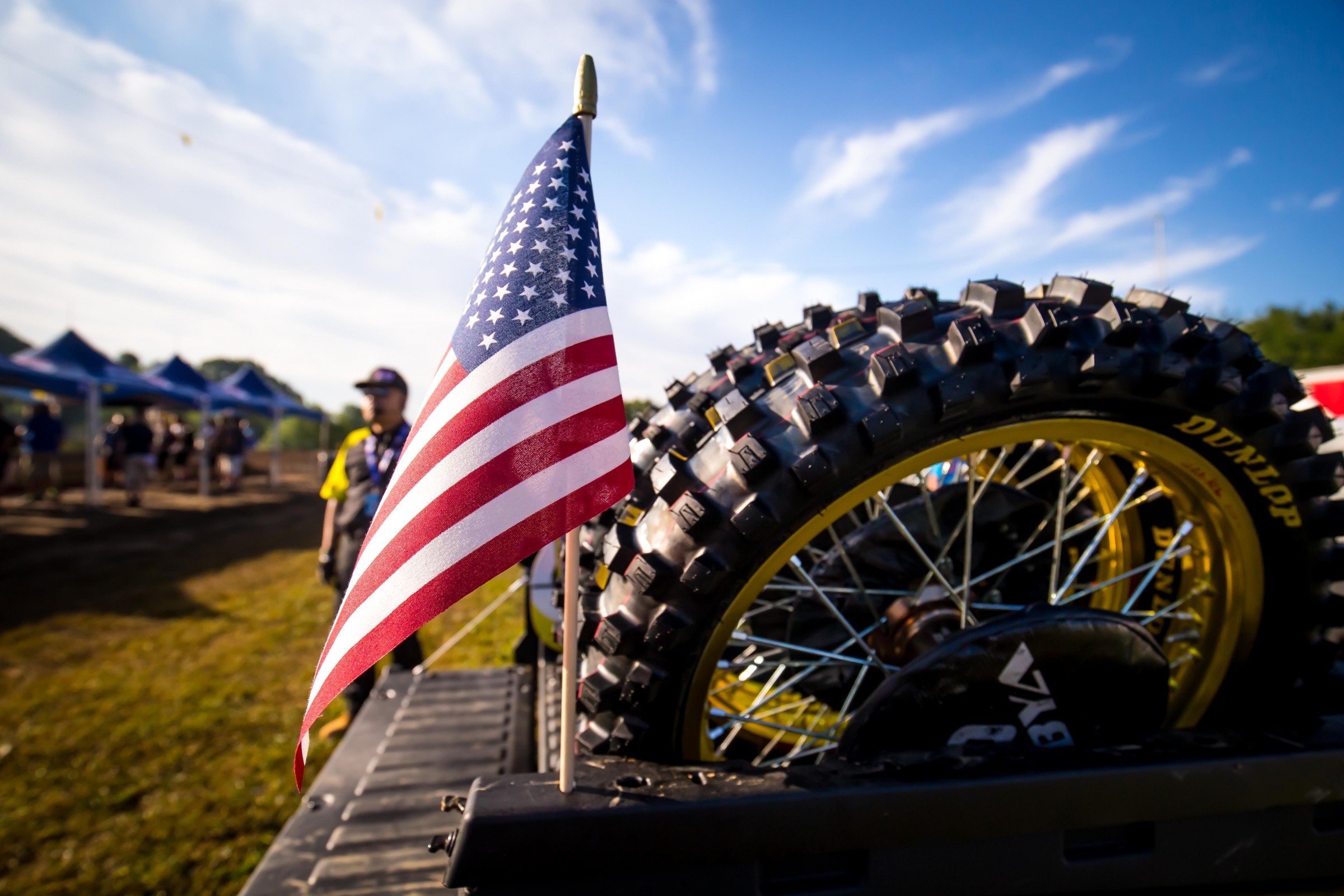 Jason Thomas: Hey, Steve, we are long time Motocross of Nations travel buddies and we both love this event. We’ve lost this event five years in a row (if you count podiums as losing). In fact, I have been to Europe all five of those years and let’s just say my mood hasn’t been fantastic post-race. I thought for sure this was our year as it was originally planned for Glen Helen. Then, even with the move to Matterley Basin, I still felt great about our chances as we began the dialogue in early summer. Now, on the precipice of our team’s unveiling, we are having a tough time even fielding a group to go. What in the world is going on?

Steve Matthes: It’s not good. I worry for your sanity if you were to go over for the sixth time and see the red-white-and-blue lose again. Have you thought about how you might be the jinx? I have been to this event 10 or 11 times (including as a member of Team USA in 2003 when we lost) so I’ve been fortunate to see plenty of USA wins. Never mind Eli Tomac bowing out, and never mind this event having absolute terrible timing for Team USA, we’ve covered that in columns and shows for a while now. Outside of Tomac saying ‘no mas’ to racing, the other riders (Jason Anderson, Aaron Plessinger, Cooper Webb?) have bowed out due to injury or needing to get surgery after the season.

You ready for a hot take? With the cost and heavy workload involved in this race and the fact that Team USA is down to it’s fourth and fifth options, I say skip it this year. Poor Zach Osborne, but you see my point?

JT: Honestly, with the chaos surrounding our MXoN team right now, I don’t expect us to win. If we took Tomac, a healthy Blake Baggett, and Zacho, and still lost, yes, you should be extremely concerned for me. As it stands we won’t be going in as the favorites, or even close really.

As for your take on us not going, I’m not buying that. I think there are guys who still do want to go. Are they the number one option? No. They might not even be the second or third options, but there are still guys who would jump at the chance to race this event. I still believe this is the premier motocross event in the world with the most tradition and pageantry. Our current riders may disagree as we have seen in their choice to stay home in recent years, but I still feel it’s the race of the year. Even if we don’t have our best team, we should still go. We’ve won in the past with this same scenario when I’m sure some said, “Let’s just stay home.”

Matthes: Yes “you’ve” won in other years with so-called “B” teams like 1992 in Australia and 2009 with rookie 450 rider Ryan Dungey, injury-replacement Ivan Tedesco, and Jake Weimer, but there’s never been a USA team with it’s fifth, sixth, and maybe seventh choices for MXGP and Open going (in my opinion you’d go Tomac, Baggett, Anderson, and Webb first four choices in that order) if you leave out the initial 1981 team that shocked the world. I never said that the riders wouldn’t jump at the chance to go. Cole Seely, Weston Peick, or Jeremy Martin (my guess on the picks for MXGP and Open) I’m sure would be stoked to go.

I know you think they should go, but it’s so much work for the rider/teams and it’s so expensive (one team told me it’s $30,000 for them) that you should go when you think you have a shot at the win. You said so yourself, this year’s team is looking like huge underdogs compared to what France and Belgium are sending. There’s no other team that spends this amount of money, this amount of time testing and the distance travelled to hit up this race. Time to regroup and come back in 2018.

JT: This is where I disagree. Just because we aren’t considered the favorites doesn’t mean we shouldn’t go at all. The money doesn’t change whether we send our first option or not. Whether or not it’s expensive shouldn’t be correlated to which options are available. The riders that actually want to go may never get another shot, a la Weimer. This is their chance to wear the stars and stripes and step up when everyone says, “You can’t win.” In this case, just like Adrian telling Rocky, I hope you’re wrong. We should go. We should take the team that wants to be there and try to shock everyone. That would be the best story we could hope to write. Team USA is always the favorite and has the target on our backs. Let’s take the boys that want to be there and for once, be the hunters.