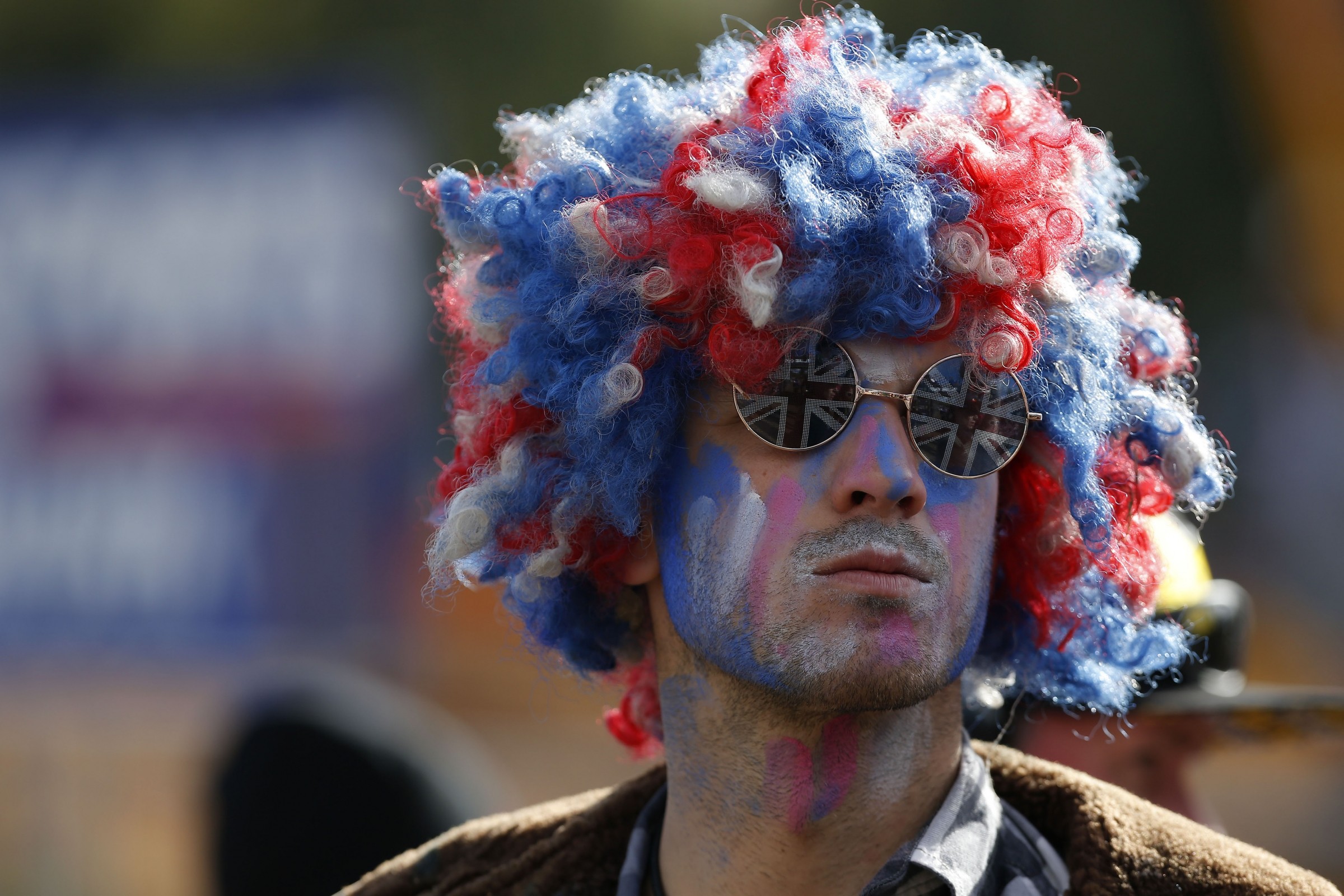 It’s here! The FIM Motocross of Nations takes place this weekend at Matterley Basin, England. Here’s what you need to know about every major team competing. We’ll start with last year’s top 10 overall in the event, and then throw in some wildcard teams hoping to make an impact this year.

Print this out and keep it handy for Saturday’s qualifying and Sunday’s races.

[Note: All results listed are based on 2017 championship series and the 2016 Motocross of Nations.]

WHAT THEY HAVE GOING FOR THEM: Momentum. When Team USA was running up victories at the Motocross of Nations, seemingly everything went right for them. Contrary to common belief, not every USA victory was a runaway. They needed clutch performances from the likes of Stanton, RV, etc. During their three-year winning streak, France has been riding the same wave, with Febvre and Paulin leading the charge. Despite injury setbacks (more on that below) France is still a favorite for a fourth consecutive victory.

WHAT THEY HAVE GOING AGAINST THEM: Injuries. France has been devastated by injuries leading up to the event. First, Marvin Musquin pulled the plug on the race, electing to “take care of his knee” instead. Dylan Ferrandis injured his arm at Budds Creek and his replacement, Benoit Paturel, sustained internal injuries in a practice crash. The Federation selected current EnduroGP, and former Grand Prix rider, Christophe Charlier to fill the position. Charlier is certainly the biggest question mark heading into the weekend.

WHAT THEY HAVE GOING FOR THEM: Jeffrey Herlings. Do we need to say more?

WHAT THEY HAVE GOING AGAINST THEM: MX2. Brian Bogers is a solid rider, but his 14-20 finishes last year cost The Netherlands their first Chamberlain Trophy. If Herlings and Coldenhoff performed as expected, Bogers will hold the keys to victory.

WHAT THEY HAVE GOING FOR THEM: GP experience. Last year at Maggoria, no Team USA member had previously ridden the track. That won’t be the case this year, as both Zach Osborne and Thomas Covington have spent multiple years on the FIM Motocross World Championship circuit, which Matterley Basin is a regular fixture.

WHAT THEY HAVE GOING AGAINST THEM: Inexperience and pressure. The only rider with any experience at the event is Osborne, but that was with Puerto Rico, not exactly the same type of pressure. Further, Covington will be moving up to the much bigger 450 on the biggest stage in the sport. Oh, and they are trying to erase a five year losing streak.

WHAT THEY HAVE GOING FOR THEM: Experience. Strijbos was part of the winning Belgium team back in 2004 and has competed regularly at the event. Same with Van Horebeek, who was a member of the last winning Belgium team in 2013 at Teutschenthal. Simply: they know how to approach this event and have had plenty of success to prove it.

WHAT THEY HAVE GOING AGAINST THEM: Injuries. Like France, Belgium has been forced to replace two riders—Clement Desalle and Julien Lieber—prior to the event. Although they are one of the few countries deep enough to fill those gaps with good riders (Strijbos is a capable fill for Desalle), Van doninck is a drop off compared to Lieber. He should be much improved this year on his 250 (he raced the 450 last year), but will it be enough?

WHAT THEY HAVE GOING FOR THEM: Antonio Cairoli. Although he just turned 32, Cairoli has shown zero signs of letting up, and put together one of his most impressive title runs this year. Don’t put much stock into his late season results as he admitted he was managing the championship. He’ll be the favorite in the MXGP Class this weekend.

WHAT THEY HAVE GOING AGAINST THEM: Depth. Last year Cairoli went 2-2, won his class, and Italy still finished fifth overall. If the Italians are going to make the box, they’ll need Cervellin and Lupino to step up.

WHAT THEY HAVE GOING FOR THEM: Health. Like a year ago, Switzerland is at full strength entering the weekend. While Guillod is coming off an injury, they have their three most talented riders for the event, which is something most other nations can’t say. But, as we’ll explain below, they have made an interesting choice in classes.

WHAT THEY HAVE GOING AGAINST THEM: Unknowns. The decision to move Seewer (a full-time 250 rider this year) up to the 450 and Guillod (a full-time 450 rider this year) down to the 250 will certainty be scrutinized if Switzerland drops off this year. Long a sexy pick to podium—or even win—Switzerland, for a second straight year, finally has all the pieces of their puzzle healthy. We’ll see if the decision to move those pieces around pays off.

WHAT THEY HAVE GOING FOR THEM: Home crowd. This event is one of the few where the fan base will sway results. We saw it with a raucous crowd in France in 2015, and we could see similar attendance this weekend. Will Team GB finally end the drought?

WHAT THEY HAVE GOING AGAINST THEM: History. Yes, Great Britain ranks second all-time in victories with 16, but the team hasn’t won since 1994 and is working on a 20-year streak without a podium finish. They’ve been thisclose to the box in recent years, but luck hasn’t been on their side. Now, they have to get it done at home, which will provide its own pressure.

WHAT THEY HAVE GOING FOR THEM: GP experience. Ferris spent a number of years competing in the FIM Motocross World Championship and Lawrence is currently competing in MX2—although he missed the Grand Prix of Great Britain in 2016 due to injury (while racing EMX250) and the circuit was off the schedule this year due to hosting the Nations. Still, having the knowledge of a two-day format will be beneficial and could help Australia to a rebound performance after a disappointing eighth a year ago. Ferris has been very strong the last few years back home (and don’t forget that sparkling second-place finish in a moto at High Point this year) and Lawrence ended the ’17 GP tour with a flurry.

WHAT THEY HAVE GOING AGAINST THEM: MXoN inexperience. While he’s certainly been on a hot streak to end the year, Lawrence has just one year of MX2 experience and has never competed at the Motocross of Nations. Kirk Gibbs is a veteran on the Australian circuit, but lacks the international experience of Ferris and Lawrence. Ferris has performed well at this event, though. If the newbies can perform at a high level, Australia is certainly a sleeper for the podium, or even a win.

WHAT THEY HAVE GOING FOR THEM: Tanel Leok. This is what I wrote about Leok last year:

The MXGP veteran has carried this small northern European country to five straight top 10 finishes—almost single handily. Leok led the team to its best finish since a fourth in 2004 at Lierop last year and there’s no reason to think he can’t do it again this year.

Well, Leok wasn't quite as amazing last year, but he did it again, leading Estonia to a sixth straight top 10 finish. Leok wrote on Instagram that this weekend will be his 17th (!!!!) straight appearance for Estonia. Respect.

WHAT THEY HAVE GOING AGAINST THEM: Depth. As we saw last year, if Leok is off, it’s going to be hard for Estonia to compete for a top five finish. This team goes as far as he takes them.

WHAT THEY HAVE GOING FOR THEM: Health. Maybe Kaven Benoit would have been on this team if he were 100 percent, but still, this is a solid Canadian team. Benoit was the savor last year, can Facciotti step into the position this year?

WHAT THEY HAVE GOING AGAINST THEM: Steve Matthes.

Other Countries to Watch For