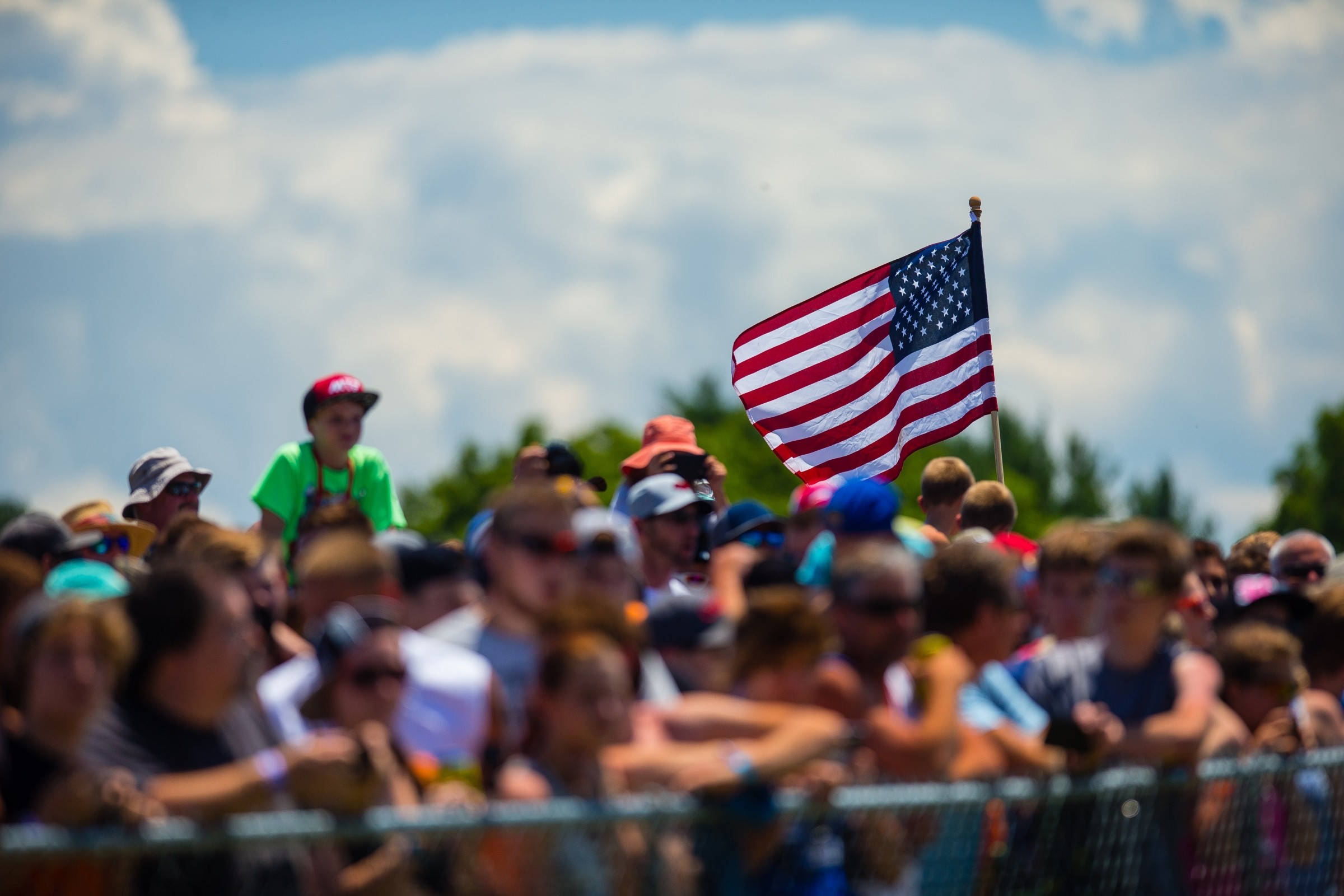 Team USA is in a bit of a crisis for this year’s Motocross of Nations at Matterley Basin in England. As Jason Thomas chronicled earlier this week, Team USA is down to it’s fourth and fifth choices for MX1 and Open as Eli Tomac, Blake Baggett, and Jason Anderson have all bowed out due to injury or scheduling issues. America’s MX2 choice—looking like Zach Osborne—is solid, but after that? Uh oh.

Why did Tomac bail on racing for Team USA two years in a row? And why did Ryan Dungey bail in 2015 when he was national champion? What’s going on with this race that’s made so many teams and riders apathetic about going to what was once considered the premier race of the year?

“I think fundamentally the biggest issue we have is we have too many stinking races,” said Honda HRC’s team manager Dan Betley, a past winner of this event as Jeff Stanton’s mechanic. “Somebody’s going to have to give something up somewhere down the line. These guys can’t keep … even our staff. Something’s got to give somewhere. Unfortunately, the riders and the teams are the ones that are suffering.”

The American supercross and motocross schedule consists of 29 races in 35 weekends and it’s grueling on the body as the riders try to train, ride, and more than ever, rest. Trainers have gotten smarter over the years and know how important it is to give their riders the proper amount of time to recover. Twenty years ago there were 28 races in 34 weekends so the season was about the same. But in 1997, the MXoN was September 13, which was just two weeks after the last AMA National.

The last few years, with more MXGP races being added and being more spaced out, combined with the American series ending before September 1, the Olympics of Motocross takes place more than a month after the last National and just two weeks before the unofficial start of the supercross season—the Monster Energy Cup, which has been on the second week of October since its inception in 1998. [Ed. Note: The U.S. Open of Supercross ran on the same weekend from 1998 to 2009.] The timing of this race, which has been pushed deeper into the calendar by the promoter Youthstream, couldn’t be any worse.

“Where does it start and stop? That’s the thing for us right now,” asked Monster Energy Kawasaki’s Bruce Stjernstrom. “So, with Eli, if you go back two years, last year we raced two USGPs, the year before one USGP, and he hasn’t missed any races. He went 31 the first year and 32 last year. If you add up all the top guys on this planet in that class, nobody’s within 10 of what he’s done. So, we’re looking at that as the cumulative effect. He’s a valuable commodity not only to all these promoters, but to us. We need him ready to go when the time is ready to go.”

And that “time” is supercross in case you didn’t get it.

I have my own feelings about this race that I wrote about in the latest issue of OTOR and yeah, I do think that Youthstream should help out the stars of this event (that would be Team USA) with scheduling. There is a small stipend given out to the teams for this race but basically, it’s an outpouring of money by the teams and riders for a small amount of prize money and pride while thousands and thousands of people pay a lot of money to watch—and it’s massively inconvenient for the team to go. Add it all up and it doesn’t make sense for Team USA attend the event, in this writer’s opinion.

That’s not what I can get out of VIPs in the pits, at least not on the record. On the record, the schedule is the main source of why this race just doesn’t fit into anyone’s idea of a good time.

“In everyone’s mind, or at least in this team’s mind, as soon as Indiana’s (the last National) over we’re already thinking supercross. The tracks are getting fixed, everything’s getting geared up. The riders take some time off. Then you hit the ground running because you’re getting ready for MEC again,” says Betley. “You don’t have a lot of time to prepare for that, especially if you have a new model and a completely new bike. There’s a lot of testing that has to take place. So, I kind of like when it’s [MXoN] close to the end of the season just because you’re still in the outdoor mode and you can go through all that, but again we have a lot of attrition in our series now and it’s unfortunately … I don't know.”

"I THINK IT’S TIME FOR ALL THE COMPANIES TO GET TOGETHER AND THE PROMOTERS AND IT’S TIME TO SIT DOWN AT A ROUND TABLE AND START COMING TO SOME COMMON GROUND HERE." – DAN BETLEY

In 2017, if a rider is selected for the Motocross of Nations they have to keep training and riding motocross throughout the month of September. The teams have to keep working hard at testing for the race due to the sound and fuel requirements. The work doesn’t stop after 29 races in 35 weekends for the riders and crew.

Once back from the race, perhaps just a few days off for the riders, they need to start riding supercross again for the Monster Energy Cup on October 14. After all they just rode motocross for the past five months. The MEC comes and goes and then the riders can take time off? Uhhh no, that’s when the real work starts in preparing for the 2018 Monster Energy Supercross Championship. Even if the riders wanted to take some time off after the MEC, they really can’t because the testing that is done around this time is necessary because the parts the team decides to use have to be made and ordered from Japan, and that takes a couple of months.

There is literally no time to rest for not only the riders but the crews that work seven days a week, have families, and want to get some downtime.

“In my eyes I feel it’s [MXoN] really important. When I look back over my career, and I know I’m just a mechanic, it was probably one of the greatest moments I had that I look back on and I’m so proud of to be part of a team representing the United States,” says Betley. But he adds: “I think it’s time for all the companies to get together and the promoters and it’s time to sit down at a round table and start coming to some common ground here.”

Unfortunately, that sighing is what the Motocross of Nations means to many over here. Yes it’s sad, but it’s also reality.