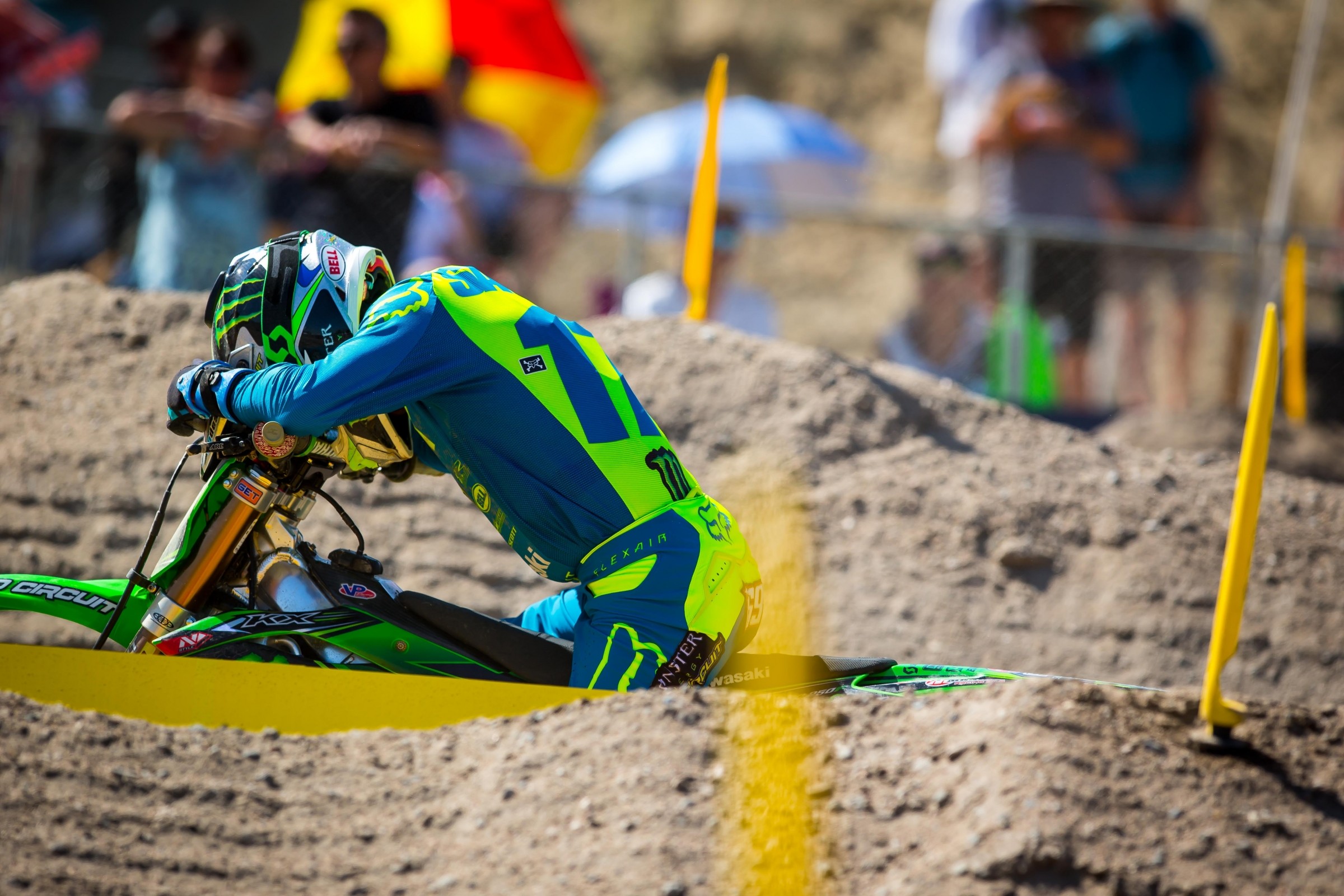 Name drop alert: On Friday night I was lucky enough to end up hanging out at Mitch Payton’s house, not far from Glen Helen. A good time was had during the typical outing, as we bench raced, shared insider stories, and solved all the world’s problems.

Well, there were more problems coming, and if I’m considered a bad luck charm, I’m probably not getting invited back to Mitch’s place anytime soon.

Glen Helen went terribly for the team. Justin Hill and Austin Forkner had bike problems and DNFed the first moto; Joey Savatgy had a similar problem in moto two, leading to another DNF. Don’t forget that Forkner also had bike problems early in the first moto last weekend at Hangtown, leading to a stop in the mechanics’ area and an 11th place finish. Hill, Savatgy, and Forkner, all considered title contenders coming into the season, must now dig out of a big hole.

I have some good news for them: there are plenty of chances to get back into the hunt. It starts with all the other teams and riders that have either had—or will have—bike problems. Take a look at GEICO Honda, which has now DNFed a moto with Jeremy Martin (Hangtown moto one), Cameron McAdoo (Glen Helen moto one), and Jimmy Decotis (Hangtown moto two). That’s a lot of points, and it’s why J-Mart left the opener already down a whopping 30 points on the series’ leader Zach Osborne.

In two races, Osborne proved he can win both ways: with dominant speed (1-1 at Hangtown) or through smart riding (4-2 for the overall win at Glen Helen). He already has a 21-point lead in the series. However, he is far from immune to bike issues. At one point last year, Osborne suffered mechanical troubles in four out of six motos stretching through Millville, Washougal, and Unadilla, then had more issues at the Ironman finale. Basically, the entire second half of his season was littered with trouble.

So now the key to the 250 Class is to look for wild swings in the standings. For example, Dylan Ferrandis just logged an amazing moto at Glen Helen to grab his first win in the U.S., but after crashing out of the first Hangtown moto (he missed moto two as well), he sits 12th in points, down 53 to Osborne.

Savatgy is down 40, Forkner is down 43, and Jeremy Martin is down 31. To really understand how competitive this class is, it’s more telling to see that just 22 points separate second-place Cianciarulo and eighth-place Forkner.

Osborne has avoided all major problems so far—no bad starts, no crashes, no mechanical problems. With the way the luck and racing go in this class, he’ll eventually hit his own snags. That’s when the rest of the class will be there, waiting to pounce.