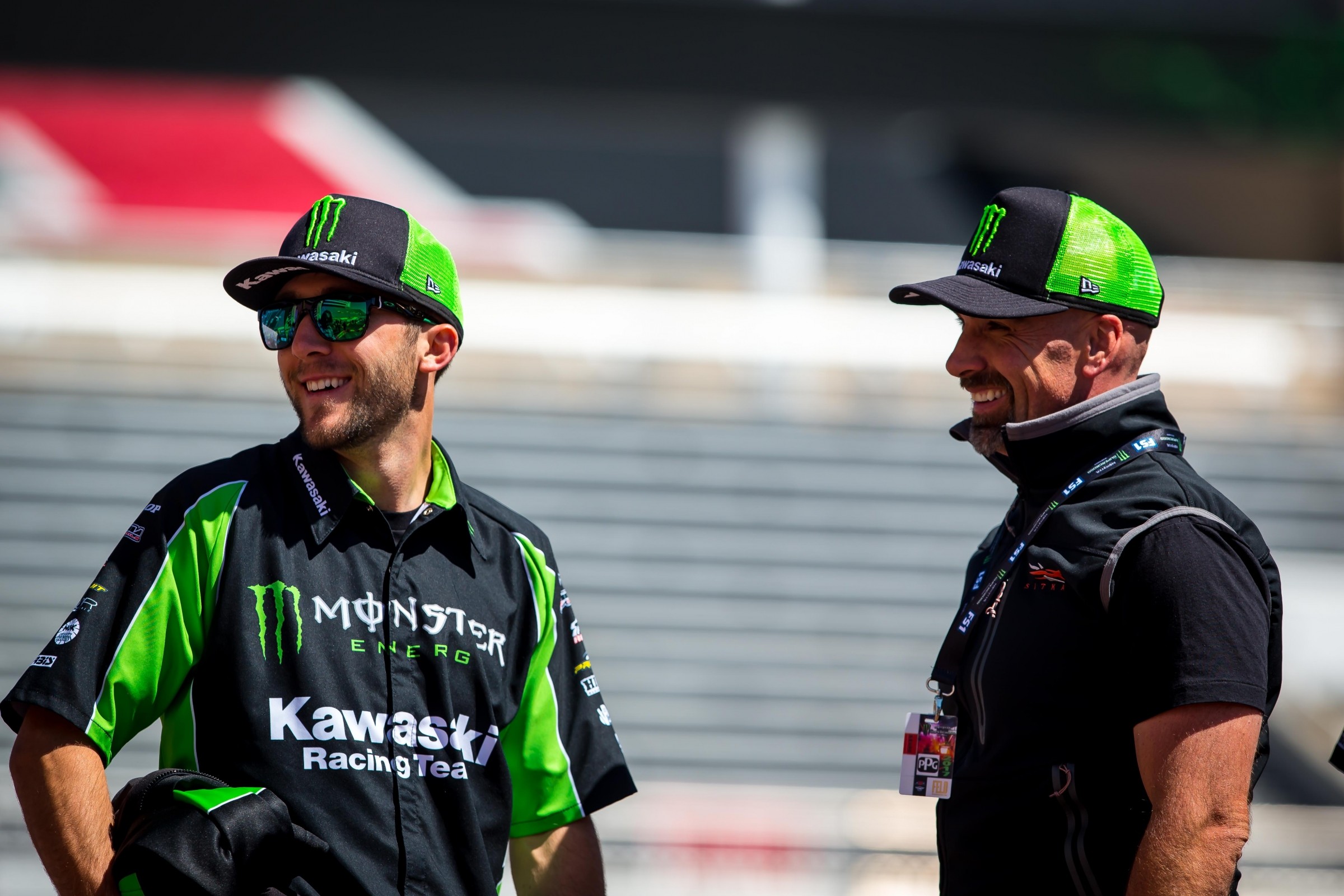 Exhaust: We Thought We Already Knew

Presidents have said that only history books can actually show if they made the right decisions, as making judgments in the moment make for inaccurate, well, judgements.

So now we’re stuck, for the second week in a row, figuring what to make of Eli Tomac’s miracle ride in Salt Lake City. A week ago I posed the question: did Tomac win it or did Dungey lose it? For certain, in my mind, it was a Tomac win. Dungey was in a critical spot and lost the lead, yes, but you can only expect so much against Tomac’s super-human advances. Dungey rode well, but Tomac was amazeballs. Knowing this, we could define Tomac’s ride as all-time clutch. The title was hanging in the balance, and he reached further and grabbed tighter than anyone else.

Then Saturday night happened. Tomac crashed and couldn’t get the mojo going. Now we question everything we thought we knew. How could Tomac be clutch one weekend, but a choker the very next? In both races, he needed to mount a comeback, and one was a dream ride and one was a nightmare.

Tomac’s finishes of first one weekend and eighth the next scream inconsistency, the exact scenario that fuels Ryan Dungey. Consistency is his trade and his trademark. But Dungey, also, isn’t going to get the full credit here. If Dungey wins this title, this year consistency gets painted not in the classic “in it to win it” sense but more as “backing into it.” It especially doesn’t help that a teammate (Marvin Musquin) moved over for him to give him the win on Saturday (not a single person thought Dungey made a clutch, last lap pass on his own.) Dungey took the points lead because someone crashed, Dungey won the race because someone moved over. It doesn’t have the right look to it. Prior to New Jersey, Tomac won the fans over because his charge looked like the classic championship drive: he was going for it and he was taking it. He was on offense, Dungey was on defense. Yeah, discretion is the better part of valor, but winning a whole bunch of races is cooler than any of that.

You can judge this season through so many prisms. For one, this close points race brings up the ghost of the Chase Playoff Format, which most fans and industry folks do not like. Anyone into the “Chase Playoff Format Sucks” movement can use this season as an all-time example of what works. Dungey and Red Bull KTM were ready from Round 1. They went 2-2-1 in the first three races. Tomac and Monster Energy Kawasaki went 5-6-8 to start the year. Those races haunt them now. Tomac might look like a choker because he crashed at Round 16, but the big points hole left him with no room for error. Tomac’s back was against the wall for three months, and he’s performed well nearly every time.

Viewed in another light, Tomac’s ride in New Jersey wasn’t a disaster. He was fast enough to make passes and get the early lead; he crashed, he came back from 16th to eighth. If Tomac was on the podium at the first three rounds and entered New Jersey with a 20-point lead, his eighth would look like an okay salvage job. It would have kept Las Vegas interesting, but it wouldn’t look like an all-time error. In fact, we’d probably be saying right now, “Well, eighth wasn’t great, but he probably didn’t want to take too many unneeded risks on that gnarly track since he has the big points lead.”

In fact, you can look at it this way: Yeah, Tomac messed up, but doesn’t that just highlight Dungey’s strength? He gives you zero breathing room. Tomac has had to win over and over and over and over, and log amazing rides week in and week out on all sorts of tracks and weather conditions. He’s had to nail starts when it counts and mount comebacks when he couldn’t, and he has actually done all that, but yet he still had no margin of error, so one crash and one race when he couldn’t launch an all-time comeback (he was 16th when he got up, and the failure to go 16th to third is what has everyone talking) could haunt his resume forever.

I talked to Tomac last Friday at press day. He’s been very respectful of Dungey this year, so even when reeling off wins and riding consistently faster than Dungey, he never took the opportunity to twist the knife. He consistently credits Dungey’s consistency, and cited all season how hard it is to catch him in points. I asked Tomac if this was just a to show respect to a champion of the sport.

“It’s just the facts,” he said. “All you have to do is look at his results. He never has bad races.”

Ryan Dungey doesn’t have a nickname, but I’ve always considered him The Bar. He stays at a consistently high level, and challenges you to get over it without crashing. Time and time again, his competitors have failed. Even in this season, where he no longer seems at his 2015-2016 best, when the next generation of stars in Tomac and Ken Roczen looked poised to finally put the pieces together, he now sits just days away from being champion again. So I ask now, again, where does it stand? Was Tomac, trying to go above the bar for months now, just due to make a mistake? Was this a loss by Tomac, or a win by Dungey?

Legacies are going to be impacted, careers will be defined. The history books are about to be written. What will they look like?