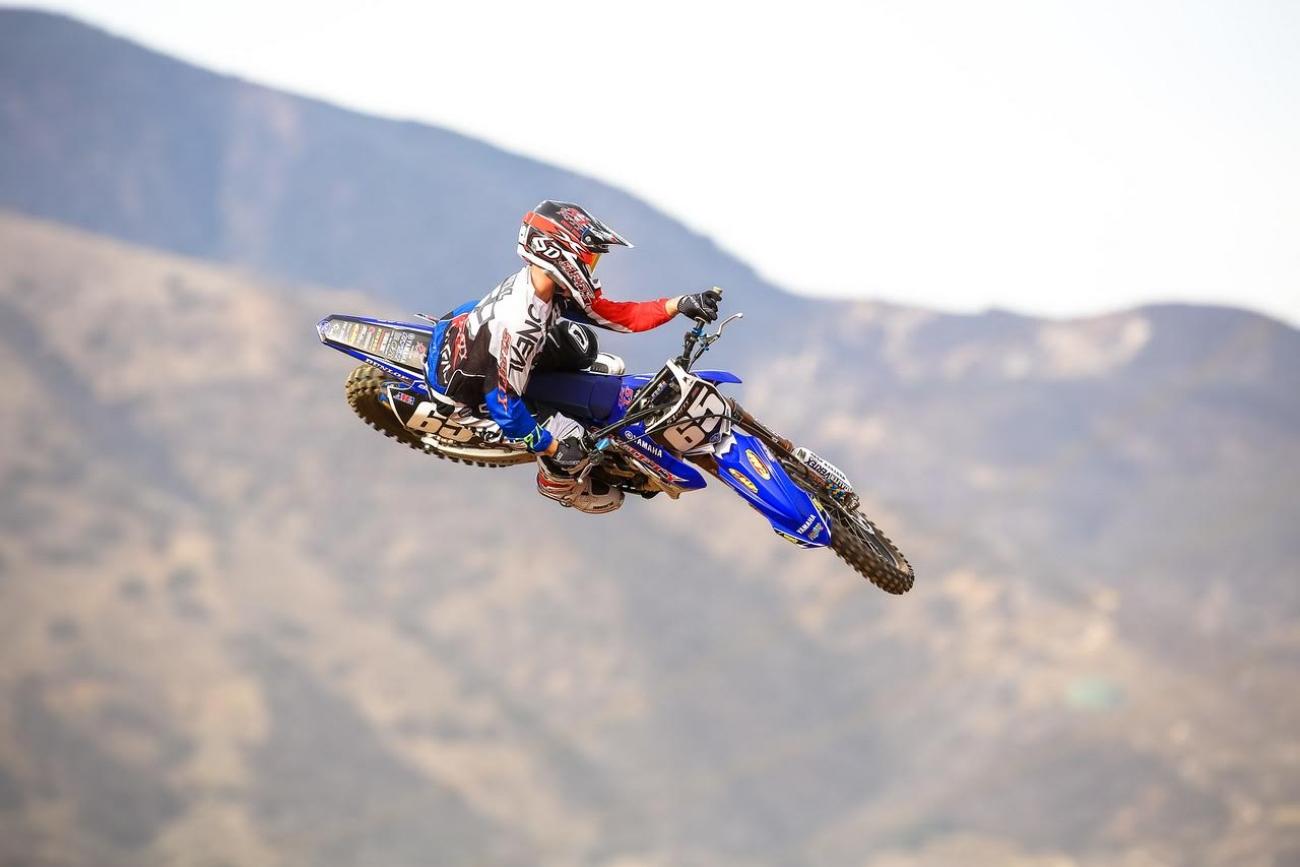 1. I saw the silly season report earlier this week and I’m thoroughly confused. There was a lot of Slatons, Slater Skins, 51Fifty’s and I have no idea which is which. Help!!!!

Chase Stallo: Slow down and continue to breath—this is a common occurrence. The rising trend of smaller teams has led to massive bewilderment over which team is which, who rides for who and which brand they ride. Heck, just this morning Jason Weigandt was having trouble figuring out what team Michael Leib was riding for next year. It’s okay, we’re here to help.

Let’s break this down by brand and the riders that are signed for 2016.

Three of these smaller teams in 2016 will ride Yamahas—BLUE Buffalo/Slater Skins/Herrera Ranch, 51Fifty Energy Drink and Barn Pros/Home Depot. We’ve taken CycleTrader.com/Rock River Yamaha out of this mix, they’ve become an established unit. Now, let’s break this down even further.

BLUE Buffalo/Slater Skins/Herrera Ranch Yamaha
Don’t worry if you haven’t been able to keep up with all of their moves over the past two weeks, it’s been a lot. Let’s look at a recent timeline.

December 4
Two days after that, they announce the re-signing of Broc Schmelyun.

December 9
Earlier this week, they announced a partnership with Herrera Ranch and officially will be called BLUE Buffalo/Slater Skins/Herrera Ranch Yamaha.

December 10
A day later, they announce their final signee of 2016—Michael Leib.

Barn Pros/Home Depot Yamaha
The Washington based team is entering its second season. It has a pretty solid core group of riders—all of whom rode Yamahas last year. Cole Martinez, Austin Politelli and Scott Champion have all been signed for 2016.

51Fifty Energy Drink Yamaha
After a couple seasons on Hondas, 51Fifty switched to Yamahas last year with Austin Politelli (yes, a lot of the riders swap places on these smaller teams year to year. Sorry, don’t get confused by this). This year they signed former Horizon Award winner Zach Bell and Australian Hayden Mellross.

Crossland Racing
No, they are not shutting down, despite what you read on the Internet. They will return, under a much tighter effort, with Kyle Peters and rookie Chase Marquier.

This can get very confusing, especially with two new teams.

MAD Racing powered by Yoshimura/Dirt Candy Suzuki
This is not Top Jimmy’s team. This effort will be managed by former pro Robert Lind and will feature rookie Daniel Baker and Matt Bisceglia.

Motorcycle Superstore Suzuki
This is Top Jimmy’s (Alberton’s) team. Jimmy will be joined by Kyle Cunningham and rookies Mark Worth and Josh Osby.

Slaton Racing
Slaton has been on Yamahas the past few seasons, but recently announced a switch to KTM. They have signed rookie Zac Commans and Cole Thompson.

Traders Racing Kawasaki
Traders is actually a Seafood Steak and Ale restaurant in Chesapeak Beach, Maryland. Did you know that? We think they will return Nick Gaines, Tony Archer and Justin Starling next year.

Team Tedder/Monster Energy Racing
This team has been around for quite sometime, but only last year did they sign someone not named Tedder—Jake Weimer. Weimer is back alongside Dakota Tedder for 2016.

Bud Racing/Monster Energy Kawasaki
This is the Europe based team with Darian Sanayei and Maxime Desprey.

2. Okay, okay, I get the team thing now, but where are all these guys riding? Is everyone doing Monster Energy Supercross and Lucas Oil Pro Motocross?

51Fifty Energy Drink Yamaha
This team has never competed in Lucas Oil Pro Motocross and isn’t expected to in 2016.

Slaton Racing
This is a tad confusing. Cole Thompson will be competing in motocross, albeit in Canada, and with a different KTM team.

Bud Racing/Monster Energy Kawasaki
Again, more confusion. After the 250SX West Region break, the team is headed to Europe to contest the European Motocross Championship in the EMX250 class.

Barn Pros/Home Depot Yamaha
The team didn’t compete in Lucas Oil Pro Motocross and at this time we haven’t heard that they will in year two either. Per their website: “We are excited for the 2016 Monster Energy Supercross Series as we will be competing this year on the West Coast.”

Crossland Racing
MORE CONFUSION: At this time, the team is only expected to contest the first few rounds of Lucas Oil Pro Motocross. They may do the entire series, but it hasn’t been decided.

Supercross West and East Region and Motocross (AKA the full season)

BLUE Buffalo/Slater Skins/Herrera Ranch Yamaha
Leib will race the West Region, while Bloss will ride the East Region. They will contest the Nationals as well.

MAD Racing powered by Yoshimura/Dirt Candy Suzuki
An injury to Matt Bisceglia forced rookie Daniel Baker to the West Region. They will both ride outdoors.

Motorcycle Superstore Suzuki
Kyle Cunningham and Mark Worth will ride West, with Top Jimmy and Osby on the East. All will race the Nationals.

Team Tedder/Monster Energy Racing
Dakota Tedder will race the West Region on a 250 and then change to the
450 for the East Region. He and Weimer will also contest the Lucas oil Pro Motocross Championship.

Traders Racing Kawasaki
Nothing official as of yet, but last year the team contested the East Region and Lucas Oil Pro Motocross.

3. Okay, I think I finally figured all this out. One last question: Will BLUE Buffalo run those big skins again?

Stallo: Oh, you mean Slater Skins. Yes, they will. Hence the name Blue Buffalo/Slater Skins/Herrera Ranch Yamaha. Maybe that will help you separate this team from the others? Check out more about Slater Skins here.