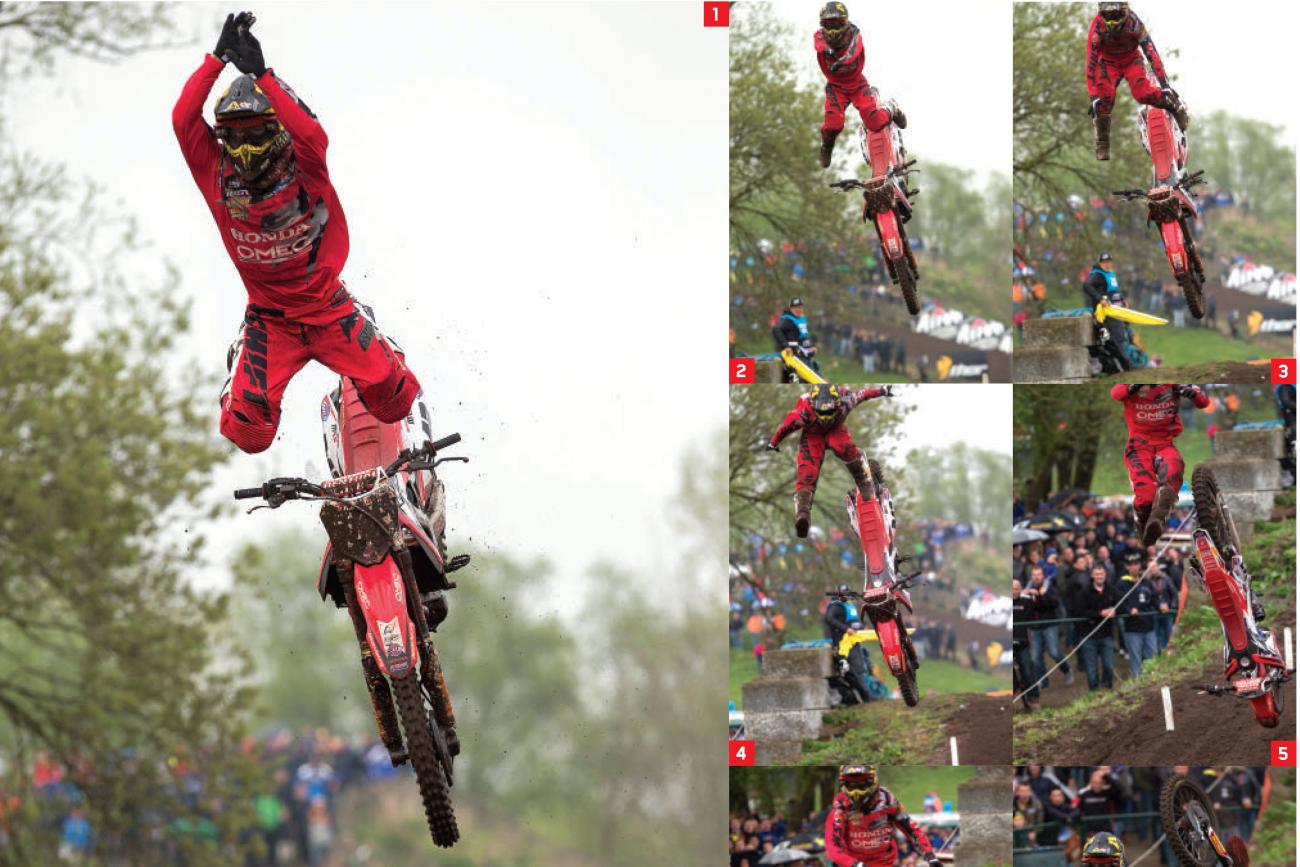 Jeffrey Herlings may have found the limit on how low a scrub can go this weekend at the MXGP of Germany. On the same jump that claimed Eli Tomac at the 2013 Motocross of Nations, Herlings appeared to go low enough to catch his handlebars, ejecting him over the bars. The crash resulted in a broken collarbone for the MX2 points leader, but he said on Instagram he hopes to return for the MXGP of Sweden after undergoing surgery: “There is a limit for each scrub, this was a bit over the limit. Had a operation this morning on my collar bone. And the current plan should be that I can be back pain free in Sweden. But we'll see, we'll look day by day.”

With Herlings and Aleksandr Tonkov recording ejecting crashes this past weekend and Broc Schmelyun’s huge crash at High Point, we’ve decided it’s time to update our “Spectacular Crashes” list. We debuted this back in 2011 after Chad Reed’s moonshot crash at Millville.

As always, if we missed one, let us know in the comments.

Not Spectacular, But Impactful Nonetheless

Nod to the Old-School