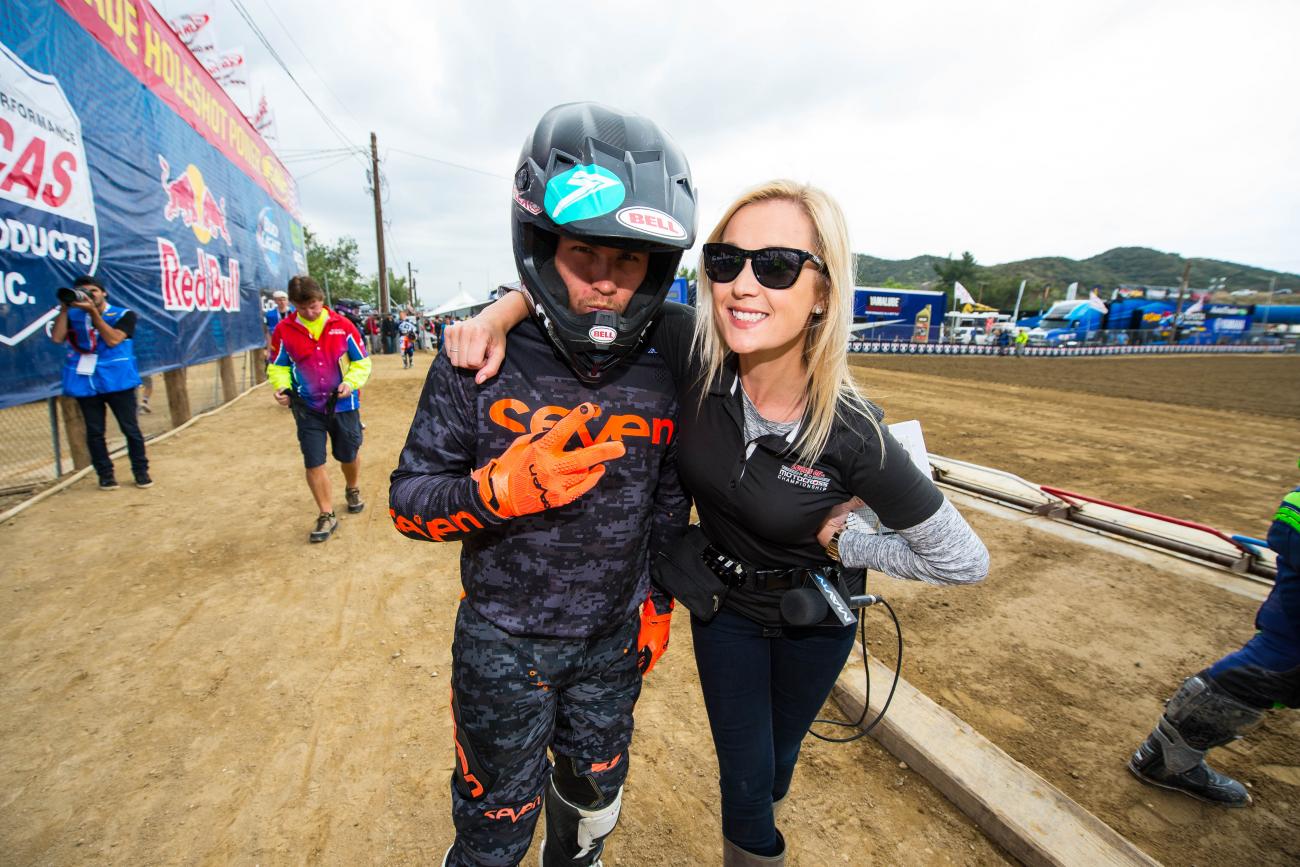 Electric Bikes at Isle of Man

There’s nothing quite like the Isle of Man TT Race in motorsports. The event, which drew more than 40,000 motorcyclists in 2015, is the one of the most spectacular, yet dangerous, races held in the world. More than two hundred fatalities have occurred since the first official race was held in 1907. Yet, more and more people attend every year to tackle the challenging course. TheVerge.com ran an amazing piece of the development of the TT Zero class, which features all-electric bikes. The development going on in regards to electric bikes is amazing.

The competitive field may be small and highly specialized, but the competitive quality of the electric bikes is no longer questioned. Five of the six bikes that completed the TT Zero run averaged in excess of 106mph — an unthinkable feat only a few years ago — and Victory’s debutant bikes weren’t too far off Mugen’s impeccable pace, achieving average speeds of 111.6 mph and 109.7 mph each. Mugen repeated its 2014 result by grabbing the first and second spots on the podium with both its riders breaking last year’s speed record and averaging in excess of 118 mph. Victory claimed third and asserted itself as a significant player for future races to come. For a first performance, in a contest where just getting a battery-powered machine to complete the course is a feat in and of itself, Victory achieved its basic goals and then some.

Electric bikes are now within striking distance of the very best lap speeds around the TT track, which average just over 130 mph in the hands of the most expert riders. And what’s more, those very same riders are enthusiastically embracing the new type of bike. Until recently, Bruce Anstey held the outright TT record with 132.3 mph on his Honda superbike, but he also rides for Mugen in the TT Zero competition. His teammate and this year’s repeating TT Zero champion, John McGuinness, took that gas-powered record from him this year with 132.7 mph. McGuinness, despite some initial misgivings, is now one of the most ardent advocates of electric racing.

Crashing at Isle of Man

As we said above, Isle of Man is one of the most dangerous races on the planet. Inevitably, there will be many of crashes during the event. What’s it like to crash during speeds in excess of 100 mph without all the run-off area you'd find at a genuine race track? Esquire spoke with Northern Ireland’s William Dunlop, son of five-time TT winner, Robert, who crashed while practicing for the Superstock race this year.

I was going over a hundred miles an hour—I'd say between 100 and 120 mph—and when it happened I felt the front tire folding on me. It folded for a long time and all of a sudden it looked like it was going to save itself, but it let go. It was kind of a slow one—I knew it was happening but then when it did let go it happened so quick. And from then on you're kind of helpless—there's nothing you can do.

I knew that stretch of the road has high walls so when I seen what was happening I knew I was going to hit it. Lucky enough I wasn't actually in the corner (I didn't expect to ever have a crash at that point) so when I crashed the brick wall wasn't head on. It was such a fast crash I was just expecting the worst to be honest with you. It's a unique feeling, being so helpless and not knowing what's going to happen. I remember lying on my back looking at the wall [as I slid] but I hit it at an angle and that's probably why I'm still here today.

Speaking of doing crazy s**t on a motorcycle, check out Metal Mulisha’s Jackson Strong pulling the first-ever double backflip off a quaterpipe. Strong was supposed to debut the trick at X Games earlier this month, but decided to pull out of the competition after not feeling comfortable with the ramp setup.

While we’re on the subject of double backflips, check out monster-truck driver Tom Meents recently pulling off a double at Gillette Stadium.

How do you shoot a music video on the cheap? Film the entire thing on your iPhone 6. The band ON AN ON’s recently did just that in a video they premiered on Mashable. According to the site, it “was recorded entirely on three iPhone 6s, using the devices' slow-motion capabilities.” Mashable went on to say, “the cartoonish chase scenes at the 2:30 mark were enhanced with special effects on Adobe Premiere and After Effects.” The video is pretty cool considering it was filmed on iPhones. You may want to hit mute though.

Raccoon Breaks Into Warehouse, Proceeds to Get Drunk

Nothing to see here. Move along.

Taco Bell, makers of such breakfast delights as the Waffle Taco and the A.M. Crunchwrap, is now testing donut holes made of Cap’n Crunch. Sure, why not. Bakersfield, California, is apparently a test market. Maybe we can get one of those fast minicycle racers from Bakersfield to go over and try some? They're great! (Oh, no, wait, that would be donut holes made from Tony the Tiger's Frosted Flakes.)

Charles Fleming of the LA Times recently profiled 6D helmets founder Bob Weber and the company’s goal to improve the helmet industry. 6D’s rise has led to companies such as rival Bell to try and improve their own designs. "Did they drive us to build a better helmet? Absolutely! I definitely want to give them credit. It got us thinking," Bell’s vice president Chris Sackett told the LA Times. More from the LA Times:

Weber said his privately held company is doing well. He said revenue doubled from 2013 to 2014, but he declined to offer further details on company sales and finances.

6D has already followed the dirt bike helmet with a mountain biking version, and will have a street riding helmet on the market by early 2016. Bell will include the new helmet design in its top-shelf street helmet in 2016 and have it in two more by 2017, the company said, and it will soon be selling bicycle helmets with the same design.

In your sign of the times, Chevrolet released an entire press release written in emoji. No we are not making that up. Digitaltrends.com post a photo of the release and tried to decipher it. Caranddriver.com also did their best to figure out what it meant. Do you speak emoji? Any ideas what any of this means? Let us know if the comments and we will post the best answer.

Fox Laughs All the Way to the Bank

Fox Sports hosted the U.S. Open for the first time in the network's history last weekend. It…didn’t go all that well, as the New York Times points out. Fox doesn’t have history broadcasting golf, so there were bound to be bumps in the road. But they also made a ton of money and got great ratings. According to Nielsen ratings, Fox’s final round coverage averaged 7.58 million views, says Ad Age. Ad Age goes on to report that Fox made $27.8 miillion in ad sales over the four-day tourney. More from Ad Age:

The biggest backer of the 2015 Open was the United States Golf Association, which invested $4.5 million in no fewer than 105 promotional spots, of which 29 aired in prime time. Also digging deep were official USGA sponsors American Express ($2.01 million); Lexus ($1.81 million); and Rolex ($1.54 million). The fourth official USGA backer, IBM, trailed the rest of its cohorts, taking eight units for $408,000.

Remember when we told you about the Wall Street Journal enlisting the help of Grammarly—an automated proofreading program—to find which NFL fan base was the worst in deciphering the English language? (It was the Redskins, by the way.) Well, they have done it again—this time with the MLB. Which fan base is the worst? (Drumroll) The New York Mets. Fughettaboudit! Check out the Wall Street Journal for more.

Aside from making some sick videos from the Maxxis British Motocross Championship, videographer Max Hind—who was part of the 2014 Racer X Film Fest and sends us some great footage from overseas—apparently rips a two-stroke. Max recently got a chance to ride the new Husky—riding is something not many of us media folk get to do often—and with the help of his buddy captured some great footage using a Sony FS700. Check it out below.

Nestled in the West Virginia mountains, the Snowshoe GNCC is arguable the toughest off-road race in the country. This is a ski resort hosting an off-road race, so the hills are ridiculous, and there are also massive boulders and tree roots, and plenty of mud. It's really difficult. Don’t believe us? Check out this GoPro footage from Sean Hackley.

You may remember that Hackley was injured in big crash at the Arlington Supercross race. He’s been back on the bike for quite some time and is racing the entire Lucas Oil Pro Motocross Championship. Hackley also does work for Racer TV, and decided to take a lap around Snowshoe last weekend.