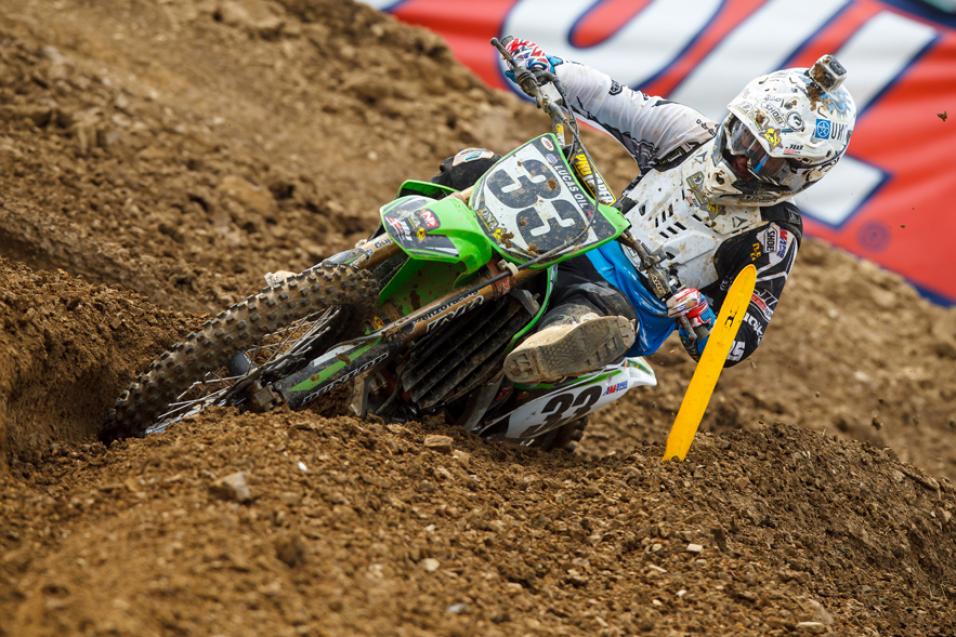 Advertisement | Advertise with Us
Steel City Raceway Delmont, PA Steel City Lucas Oil AMA Pro Motocross Championship
Hard to say how the season has gone for Jeff Ward Racing's Josh Grant. Based on his previous two seasons, where he missed a ton of races with injuries, 2012 has been a solid year. But based on his strong 2009 debut season in the 450 Class, where he won races indoors and out and showed the speed to be a genuine championship threat, Grant has been a little under the radar. Is he beginning to find his old edge? He went 4-4 at Steel City for his first outdoor podium of the year. He talked about it after the race.

Racer X: Things seem to be turning around for you. Last race at Unadilla you were fastest in qualifying, and today you land on the box for the first time this year.
Josh Grant: Yeah, you said it, the team has been working really good and really hard. We're getting the bike set up to where I'm comfortable, and I feel good about my fitness and my strength. I think I have struggled this year with my starts a bit, and putting myself in a good position, and I was stuck in that rut for awhile. Today kind of helped me with getting good starts and putting in good laps.

We had some rain during the motos today, and the track was getting really slick. What was that like?
You know, the track, it was super slick. We got down to that base, and once the rain came, that was a game changer. I even got some water into my goggles and one point, and I couldn't see. So I kind of backed 'er off and tried to find my groove again. 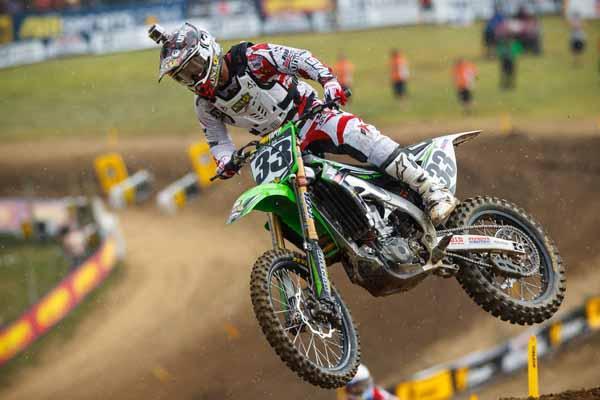 Josh Grant rode to his first podium of the season at Steel City.
Simon Cudby photo

How much do you learn when you actually do get the start, and get to see the pace they're running out front?
Yeah, I kind of had that chance at Washougal, when I got out front, but then I crashed. I try to do it in practice, too, try to get in there with the good guys so I can see their lines and see what they're doing. That's a game-changer right there, when you start out front you ride like a different person, and that's how I felt.

You missed so much time with injuries. Do you feel like that is finally all behind you, are you back to where you used to be both physically and mentally, or are you still searching for some things?
I wouldn't say I'm all the way back just because I finished up on the podium. It doesn't mean everything is figured out. I still have work to do, and I still have a lot to build. I was telling [Team Manager] Paul [DeLurier] that the last time I've been here at Steel City was 2008, when I was riding for the GEICO team on a Lites bike! So it's been a little while. I've always really enjoyed this track, but I'm still coming back. It just worked out well this weekend.

Are you comfortable on the bike? Seems like you're using this year to build confidence.
Yeah, and that's the main thing. I'm riding and feeling pretty good during the week, too. A lot of it has to do with the mental side of coming to the races and feeling like you're prepared. That's that last little bit. Last few weekends it kind of feels like it's working out. Last race I had the fastest lap in practice and didn't really know it. I'm feeling more and more confident coming into these races and it makes a big difference.

Are you set with this team for next year?
Yeah, we're still dialed in right now, we're still working on some things with sponsors, and hopefully it works out. 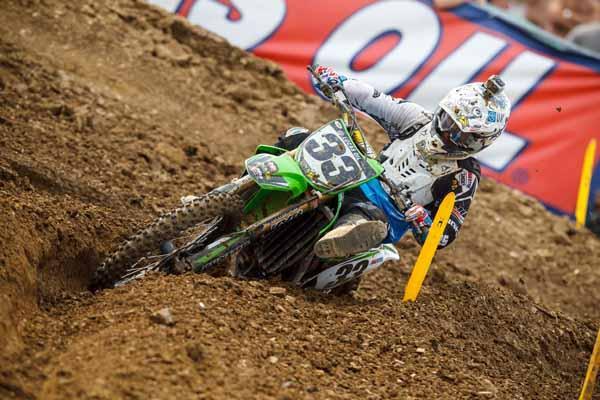