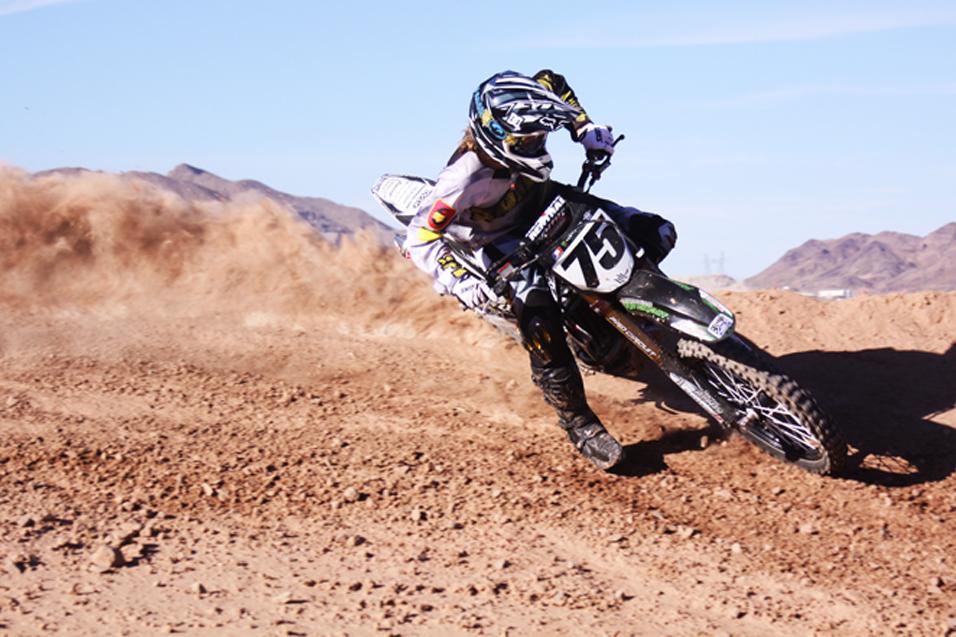 Each week, our Risk Racing Recovery Report will track down a rider looking to mount a comeback for the upcoming season. This week, we check in on Dodge Motorsports/Hart and Huntington’s Josh Hill, who missed the entire 2011 season after incurring a major leg injury while trying to do a backflip in the summer of 2010. When we last talked to Hill last April, he was still hurting—but yesterday, he hit a supercross track hard for the first time since the injury.

Racer X Online: So, today, first legit time on a supercross track?
Josh Hill
: Yeah, well, I rode on a supercross track a couple of times a year ago, but I was just doing it for fun, and to break up the monotony of just sitting in my house all day. I wasn’t ready to race or anything like that. 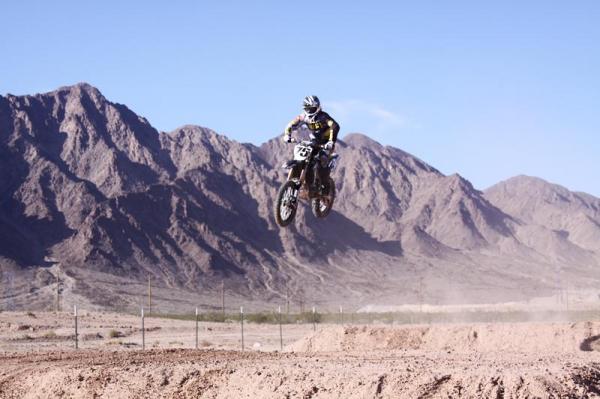 Hill is planning on a return to racing at A1.
Photo: Randi Kiesel

The last time we interviewed you was back in April, and you were enduring more problems due to pressure sores, nerve troubles, more surgery, all of that. Is most of the injury behind you now?
It’s one of those things that’s going to be an uphill battle for me. Three months ago, they had to cut every tendon in my ankle, my Achilles tendon, they cut the capsules in my ankle, and my toes. It was pretty much a full ankle fusion. Because my ankle had almost fused up, the nerve damage made it nearly paralyzed at one point. We took a bit of a risk and we were hoping the nerves were going to come back, and for the most part, they have. I still have parts of my foot that don’t work perfectly, and the ankle is moving. But I’m able to feel the foot peg. I’m shifting better now. That’s the only thing that’s really holding me up, shifting really fast, and being agile at that.

Is this one of those deals where walking around is actually harder than riding?
To be honest, it kind of is. I kind of look dumber walking around than I do on a bike. I feel more at home on the bike.

It has to be hard to get an idea of what to do since this is such a complicated injury. I’m assuming that there aren’t even a lot of doctors with experience with this whole situation.
Yeah, I’ve been in the doctors, and they’re looking at my foot knowing I have to go through all of this stuff, and some of them, when I tell them," Yeah, my goal is to go race a dirt bike," they just give me this stunned look. But I’ve also worked with other doctors who are more sports-related, and they have confidence that I can come back. I have to weed out the negatives and stay on the positives. I know I can do it. In fact, I can say right now that I will be racing in Anaheim in January. I know I will.

Nice! So where do you stand right now? How do you feel?
The first time I went out on the track today, even my dad said I looked like a donkey. But by the end of the day, I was feeling better and everyone said I was looking better. Every lap I was making progress and getting faster. I was able to triple through rhythm sections and do the big triples no problem. I’m not setting the world on fire—I’m not about to send in my last-minute entry into the Monster Cup—but I’m feeling all right. 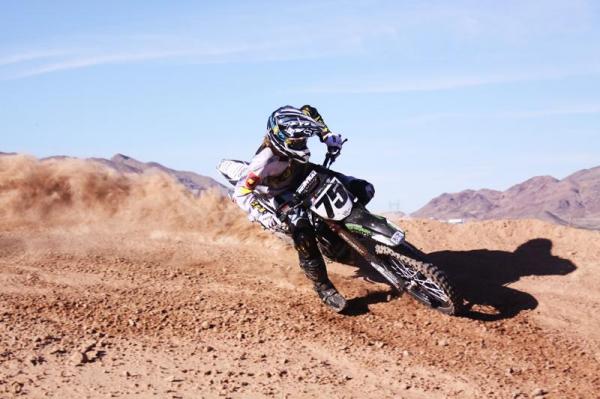 "I had days where I felt like I couldn’t get out of bed because I was in so much pain." - Josh Hill
Photo: Randi Kiesel

You have always seemed like a positive guy, but did you have doubts through this process that you would never come back?
Oh yeah, I had doubts. As a whole, I always kept the positive attitude and said I was just going to keep working. But I had days where I felt like I couldn’t get out of bed because I was in so much pain. It’s been a rough injury, just as much mentally as physically.

They always say being forced out with an injury is so much worse than leaving on your own terms. So I have to ask, what do you think when you look back to that day doing the backflip?
You know, if I keep getting better and my ankle keeps getting stronger like it is, I will be able to look back on that as a blessing in disguise. It has given me a chance to sit back and look at the sport I love, and watch people who I grew up racing with reach the pinnacle of the sport. And all I could do was sit on the couch and be pretty much helpless. It’s given me a drive and hunger I’ve never had before. It used to be easy come and easy go. I admit, before, I wasn’t putting in the effort I was supposed to be putting in. And not the effort others were putting into it. It’s definitely not going to be easy to come back, but I’m definitely accepting the challenge, and I’ve never wanted something so badly in my life. I want to prove that I can do it, not just for myself, but also for all of these other people who have stood behind me.

As for your team, they pretty much knew they wouldn’t get any racing out of you in 2011, right?
Pretty much. We were thinking if everything went perfect, maybe I could do some outdoors, or maybe the last few Supercrosses. But I had all of these other little injuries along the way. I can’t say how much having a team behind me has helped. This would be so much worse for me if I couldn’t have seen that light at the end of the tunnel—at least I always knew I had a bike waiting for me as soon as I’m ready. I also want to thank the team for letting my whole family come out and ride this week. My mom and dad are here, and my little brother [Justin] is riding with me. He has gotten so fast—he’s such a natural on a supercross track. I really think he’s going to make the transition to the pros well, because he can handle supercross. He’s out here pushing me to go faster, it’s really fun. He’s racing this weekend in the Amateur All-Star race and I think it’s going to be good. 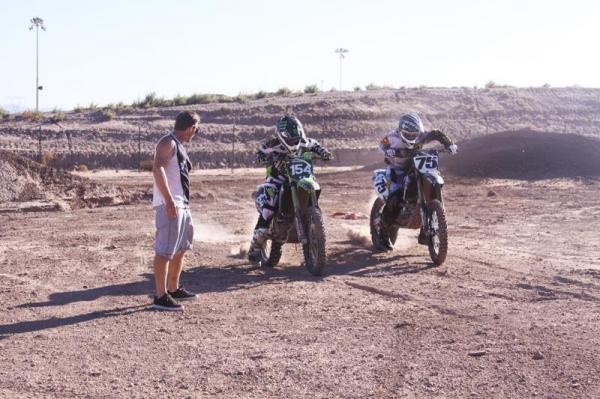 You’ll be there watching, but we won’t see you racing until Anaheim 1?
I definitely think I’ll be ready by then, but I really would like to do some off-season European races, because I haven’t raced since the Las Vegas Supercross in 2010, and at that point, I wasn’t even racing. I was just riding around because I was hurt and didn’t really want to be there. I want to get back into a gnarly racing situation.

Last question: Where’s J-Law?
To be honest, Jason and I are good friends, but I don’t get to see him much anymore and I don’t get to talk to him much anymore. I don’t know what he’s doing. Maybe he’s just trying to enjoy life. I don’t know what his plan is. The best answer I can give is, I don’t know. Because when I talk to him, I try not to even bring racing up, because I’m sure everyone is asking him that question. So I guess whenever he decides he wants to go racing he’ll be able to answer that question for you—but I guess right now, he hasn’t answered that question.